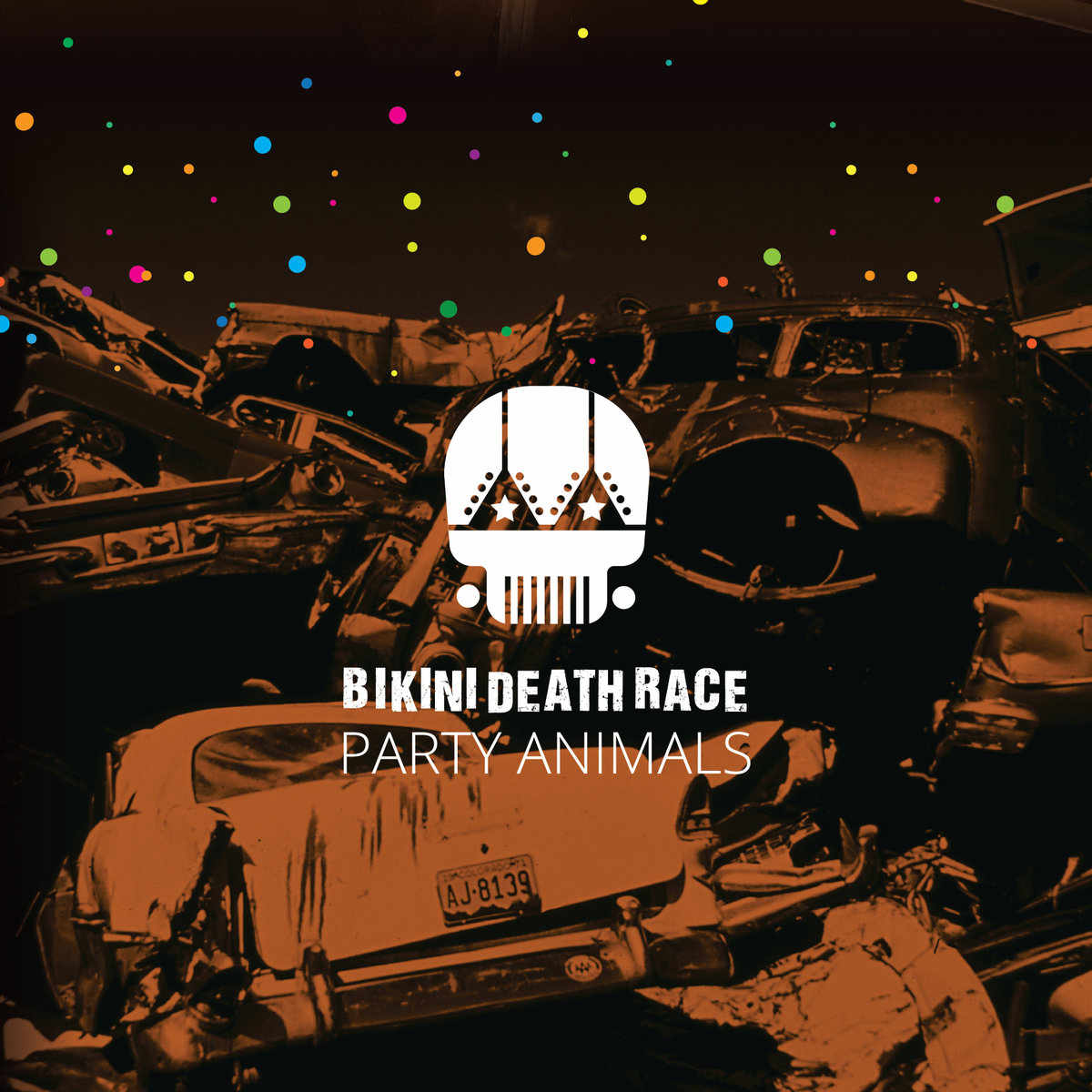 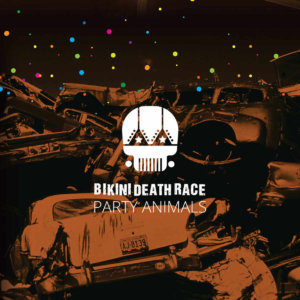 The debut album ‘Party Animals’ by ‘Bikini Death Race’ is a raid through the candy shop of electronic music and a homage to all this funny world’s stupid first world problems.

The guy with the panda mask (nope, not german ‘CRO’, thank goodness) and the girl with the cat mask is not a feverish dream of a 12-year-old. It´s ‘Bikini Death Race’ founded in September 2016 inside a toilet in Rome. I mean, can it get even more surreal?!

Well, yes. Look what their promo says about their album: “Choosing idiocy as psychotherapy and dadaism as their philosophy on life, the songs on the album symbolize an exorcism for Bikini Death Race: a driving out of senselessness through senselessness!”.

Hear, hear. And now: Gentlepandas and Catladies – start your engines!

The opener ‘Celestico’ is an 8-bit-Fun-Electro-Clash rat race through all the craziness fashion, its victims and its self-appointed judges hold for us. It combines the easy sing-along of a children’s song with Alice-in-Wonderland-like storytelling. Great song for a good old round of ‘Musical Chairs’!

‘The Rabbit Hole’ keeps up the speed and rushes us on into this stupid moment when you stare in a face and you know, you should know it. But you don’t. Happens to me all the time. The arrangement catches this emotional state perfectly: first, you get a little hectic, illustrated by sounds like a Jump and Run game and then this moment when you try to slow down your thoughts to get a grip and scanning, scanning. But there is nothing to scan. All you find here is a fast little earworm!

Phew, a short break for breathing with ‘Zombie Posers’. This one already sounds a bit darker, using classic Batcave rhythms and synths resembling a spinet. But ‘Bikini Death Race’ will never let you down when it comes to a catchy chorus with which the ‘Zombie Posers’ all around us don’t look as frightening anymore.

‘OhOoh’ could be interpreted as the essence of a worst case scenario bitch party. I’m not saying girls’ party because that’s something else. The tunes contrasting this scene are very well played: they appear so sugary sweet you might get a toothache on the spot.

At first this line from ‘Don’t Talk’ might sound promising, lusty and somewhat hot. It’s not. Well, no, actually it is. Wait. Exactly this awkward feeling is depicted in lyrics and musical arrangement. In all these big wallowing waves of synths you sense desperation, the throbbing of blood inside your body but at the same time a slimy apathy. All this wrapped in a slow disco beat transfers you to the perfect setting for this song: a dingy semi-dark disco, pretty late and with a sticky floor.

‘Party Animals’ is picking up speed again but not as gaily coloured as at the beginning of this record. This party night has a bitter taste but it’s fun nevertheless. You keep on jumping around to this party track although you already know you´re going to die from hangover tomorrow.

When you speak it’s like nails down a blackboard. Did you know that your breath makes me cry?Lyrics from 'Fuck Off And Die' by Bikini Death Race

‘Fuck Off And Die’ is dominated by an almost classic gothic crooked tinny guitar which pictures emptiness like nothing else. With pleasure, I notice the dirty screaming near the end of the song – a perfect contrast to the otherwise very clean sound. A big, strained middle finger against the steadily ‘self-perfectioning’ and over judging Übermenschen around us.

If I had had ‘Not Sorry’ when I was a teenager it would definitely have been my personal entry song to every place at every time. Nothing represents the stupid crap we do every day so lightheaded and playful as this song. With a 70ies psychedelic sound wave, sugar-pop-didelidi and a good old ‘HEY HEY’ and ‘WOOHOO’ this piece should enter every dancefloor saturated with a certain alcohol level.

Into this crazy partypalooza ‘Have You Ever’ blends without actually me noticing. It’s 8-bit-aesthetics mixed with lightly skipping beats thwart the blissfully hateful lines

So, why don’t you? (break your fucking face with something)Lyrics from 'Have You Ever' by Bikini Death Race

Party on and hate a bit, it’s real fun!

‘Time Machine’ is a somehow sad but driving sci-fi scenery surrounding a time machine with no meaning because the girl with the cat mask can’t find time to use it. The song hits off with a dull ‘dumdum’ base, the 80ies space guitar and synths are supported by aerogrammes in the background and a lofty, sort of lost melody line. It’s pretty clever to close the record with a song centred around regret because this is what often follows a wild, gotten-out-of-hand party.

This party-able mixture of ‘Ladytron’ and ‘Chicks On Speed’ combines social criticism with a lot of cotton candy, merry-go-round and Alice in Wonderland. It never lacks authenticity in lyrics and never misses a catchy punchline. To me it doesn’t feel like senselessness, it feels like hacking down everyday frustration to something that’s actually digestible enough to laugh about and dance on it. Big love, Catlady and Pandaguy! 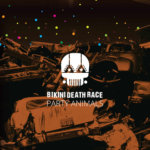