Massive Ego – Church For The Malfunctioned 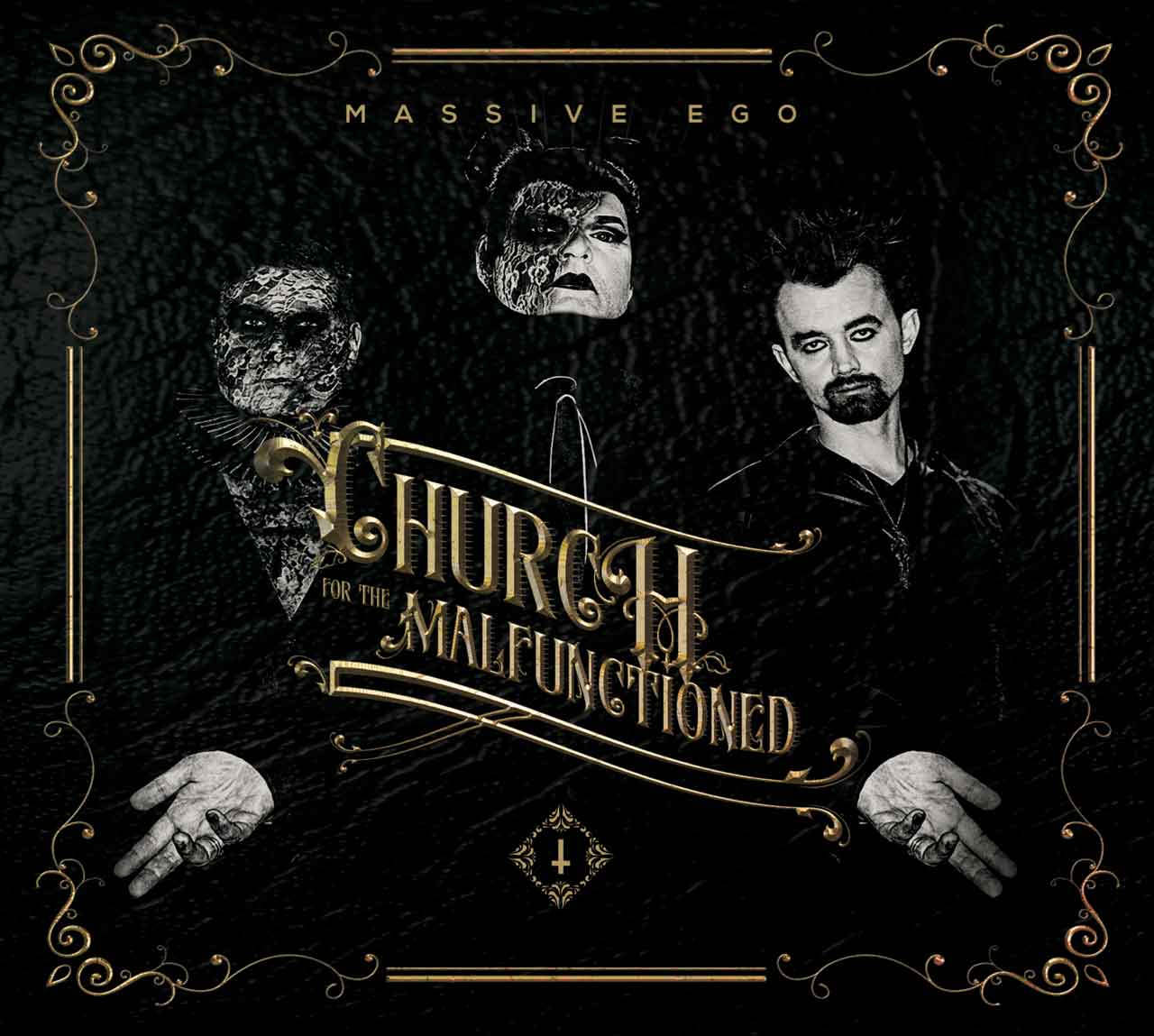 A massive output after only two years of the last album 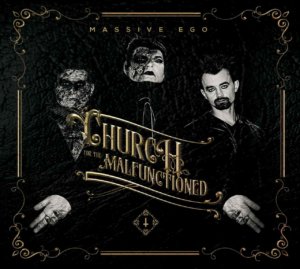 The new ‘Massive Ego’ release ‘Church For The Malfunctioned’ comes for me unexpected after only two years since their last album. Because, if you took a look at the discography, then you will realize that Massive Ego’s output in over 20 years of band existence isn’t that much. My first big question was: “Did they taste blood after the success of ‘Beautiful Suicide’ or did the label Out Of Line Music push them to do a new album?”. This question will be clarified in an interview with Massive Ego on Electrozombies soon.

It begins with a blast

The first Single ‘Digital Heroin‘ is a club classic from the start. It’s catchy, it has the right kick and power to keep goth legs on the dance floor moving. A computer-generated voice spells the characters ‘H E R O I N’ which sounds like a reference to the ‘Pet Shop Boys’ song ‘Shopping’ (Actually, 1987). The song title was also pronounced in almost the same style: ‘S H O P P I N G’. If you know this PSB classic, then you know what I mean. In any way, the track is blasting fantastic and lyrically, I’ve to admit that I looked in a black mirror.

With a drift of classic Electropop vibes ‘Malfunctioning Me’ comes around the corner. The song has a crisp and clear mid-tempo bassline which moves forward with progress. In the chorus, you will hear some lovely, rough guitars, but overall it’s really Pop.

My personal favourite on the album is ‘My Religion Is Dark’. This might sound like a living gothic cliché, but this song is so much more. Sometimes lyrics get interrupted by a sarcastic: ‘Ha Ha Ha …’ that stays in my mind for a long time after listening to it. The beat is simply awesome and makes me want to dance immediately. This dancing beat has definitely got some DNA from the early ‘Covenant’ works of the ‘Northern Light’ and ‘Skyshaper’ era.

Rough guitars break the dancing mood and confuse the listener for a few seconds as the track ‘Fallen From Grace’ begins. A rougher Industrial tendency flows through this song. However, this variation is exactly what makes an album exciting and shapes it into an overall work of art. Even if not every line is perfectly drawn, the finished picture can be a masterpiece.

‘Point Of No Return’ is a classic EBM influenced Synthpop song which drives on a bit faster pace. The chorus in duet comes as catchy as possible. You can sing along in the second chorus like you do this every day in your shower. Lyrically, the song is quite simply built, but with enough life experience, it gets a special reflectiveness and it becomes meaningful with a taste of bitterness. I love that one a lot!

No turning back, now I’ve learned. You disappoint me at every turn. All the bridges you start to burn. I’m at the point of no return.Lyrics from 'No Point Of Return' by Massive Ego

The song “Super Selfie Superstar” begins like an opus by ‘VNV Nation’ and in the chorus, it has the lightweight and soundscape like And One’s ‘Movie Star’. Another great change to the many extremely danceable tracks. ‘Massive Ego’ knows how to entertain the audience.

The path gets darker

Another super fantastic song is ‘Killing For Gods’ with a glorious chorus and a great message in the lyrics. It has a little bit of an “in your face” attitude, but in my opinion, it’s far away from the edge to be too gothic cheesy or to hurt anybody’s feelings. A life without religion is always a good statement and flatters also my personal attitude.

If I would use the word ‘harsh’ in a Massive Ego review, I guess it would be the track ‘Kill The Conspiracy’. Here, we have a lot of rough noise electronics, a marching beat and very dominating vocals. It’s a power-loaded and dance floor crushing, smash-hit.

Anyone who doesn’t know the uber club hit ‘Military Fashion Show’ from And One should leave my website now and never come back! ‘Massive Ego’ faced the challenge to cover this awesome song. Honestly, it isn’t really a challenge, because technically you can’t do anything wrong with this club classic. So, basically, you hear the song ‘Military Fashion Show’ in the typical ‘Massive Ego’ style. It’s a great cover, but I think it’s a pity that they keep it so close to the original. An Electrozombies hint: A much better cover version is available from my friends of ‘Fatal Aim‘.

‘Is The Universe Trying To Tell Me Something’ is another great piece of musical work. A catchy Synthpop song out of the textbook with a touch of spiritual and SciFi themed lyrics. Maybe I’m already sonically too much influenced, but I might hear references to some old ‘Pet Shop Boys’ songs again like ‘Heart‘ in the melody synth sounds. The reason could be that it’s almost midnight and I’m really tired. What influences do you hear out of the song? Write it down in the comments below.

Of course, the album has some weaknesses and is not 100% sophisticated. But for an album of such quality and scope after only two years since the last album ‘Beautiful Suicide‘, I respectfully bow to ‘Massive Ego’. One last point of criticism: The cover artwork is a bit too clichéd for me and far away from contemporary cover artworks. But that should not stop you from buying. So, up, up and buy this musical gem.

A mini documentary – Making of ‘Church For The Malfunctioned’

We worked together 4 times now and it‘s always a pleasure!