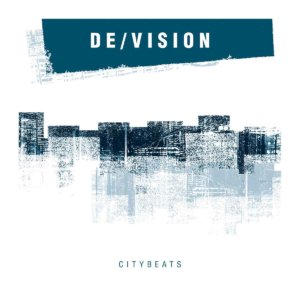 De/Vision fly on the streamline

‘Citybeats’ is the name of the new ‘De/Vision’ album. Only two years have passed since the last fantastic album ‘13‘. So Steffen Keth and Thomas Adam were by no means inactive and have managed to produce a new album in addition to tour and other festival gigs.

The album ’13’ was at that time named the album of the year 2016 at Electrozombies. The more excited we are on the current work ‘Citybeats’. But let’s start the review with no pressure in advance.

‘De/Vision’ starts their new album with a slow, almost ballad speed track called ‘In The Still Of The Night’. The song is soundtechnically downright a ‘De/Vision’ classic. You can hear new material without being overextended. The beats leisurely wobble into the auricle and you will be instantly enchanted.

The second track ‘Joys Of Paradise’ has a little more oomph and also sounds the same a little darker. The urgency of worldly desires is subtly and beautifully described here. The song has many varied passages and remains exciting over the entire length.

‘Dystopia’ uniquely combines a melancholic and sluggish beat with angelic, almost epic strings and a highly melodic chorus. Hope and melancholy are both dancing on the same tightrope and balancing out in a strange way. A really great song.

We cruise with devotion through the sonorous cityscape

The first single ‘They Won’t Silence Us‘ is a brilliant song on this album. The track has everything an excellent single needed. A light, catchy tune, exciting new sound samples and a classic Synth Pop beat. The bridge with the military-style drums is simply bombastic. This is a typical ‘De/Vision’ song that stays in the ear.

‘Not In My Nature’ is another awesome track on the album ‘Citybeats’, which in my opinion could also be a worthy single release. There is great momentum between verse and chorus. ‘De/Vision’ did a great job on this dynamic sonic behaviour. The song is powerful and multi-layered without sounding too overloaded.

Personally, I consider the song ‘The Brightest Star’ the weakest on the album. But what does that mean, if the track is just great anyway? Probably that the album seems almost perfect. For even a relatively weak ‘De/Vision’ song other bands have to prove first doing the same quality.

The city also has industrial areas

The seventh track ‘Under Heavy Fire’ presents itself with a rather serious and up-to-date theme. In the basic melody, the melancholy oscillates in time with the sad-sounding bass line. The singing is especially emotional and warm here.

… we are born to hate each other, everywhere I look there is blood and thunder …
Lyrics from ‘Under Heavy Fire’ by De/Vision

Like an acoustic release, the song ‘A Pawn In The Game’ feels and we fly away with ease. A very danceable track with a positive message. The vita of the song is to believe in yourself, but not to take yourself too seriously.

Grimly twisted electro samples backed by a dirty-sounding electric guitar sounds equivalent to the song title ‘A Storm Is Rising’. This reminds me of the ‘Ultra‘ time of ‘Depeche Mode’. A cool, industrial Synth Pop definition is most likely to apply here. The guys have a fitting interlude damn clever at the end of this track. My conclusion: I like!

‘Last Goodbye’ starts with a kind of alien screaming siren from a distance. A small portion of a typical Doctor Who sound is also included. After the really strange sounding beginning, we get presented a fantastically beautiful Synth Pop ballad. Here at the end of the album you get the opportunity to dream and to reminisce.

Has ‘Citybeats’ arrived at our place?

Definitely! Even though the overall score is a bit lower than the last album ’13’, this is like a blast. Once again ‘De/Vision’ proves that even after 30 years they can still produce great and fresh Synth Pop albums. And ‘Citybeats’ is a prime example.

Unfortunately I only had the standard version for review, but I guess the 2CD limited edition is absolutely worth to buy. For me, the limited edition of ‘Citybeats’ is a must-have in my collection, so what are you waiting for? 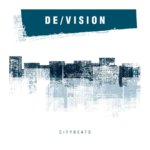