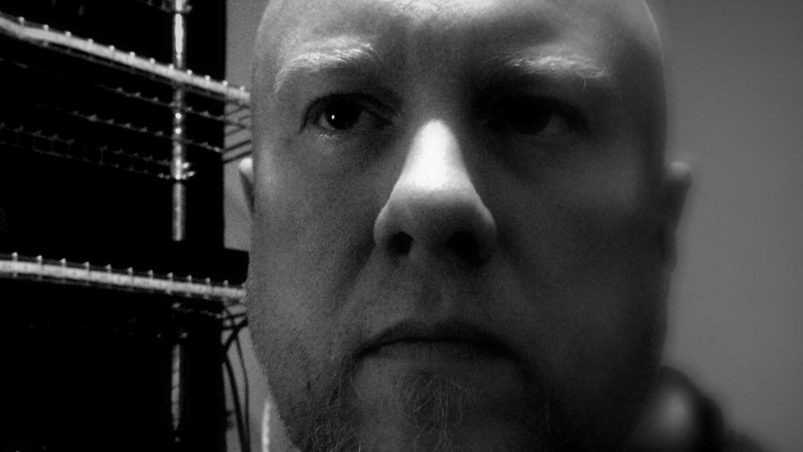 Stumbling through the darkness and into the light

The new album 'Mourn' by Assemblage 23 (read full review here) is about to be released on 11th September and I had the chance to ask Tom Shear a few ques­tions regard­ing his album and his work as a musi­cian. In this inter­view, Tom Shear shared with us a few very intim­ate details about some of the dark­er moments in his life and about how his latest album became a part of his way out of this struggle. Thank you so much Tom Shear for answer­ing our ques­tions and shar­ing these very per­son­al details with us!

1. I had the chance to review your new album ‚Mourn’ and I really loved every single track. What about you, are you satisfied with the final result?

Thanks so much. It's actu­ally the hap­pi­est I've been with an album in a very long time. Of course if I listen to it now I still hear things that bug me that I wish I could change, but you'll drive your­self insane if you don't just accept your work as being done at a cer­tain point. But the album came out pretty much exactly as I had hoped.

2. How long have you been working on the album?

Musically, I think one of the songs I had star­ted as early as 2016 when we were on the "Endure" tour, but the real meat of the writ­ing and pro­duc­tion happened over maybe a year and a half.

3. The lyrics are quite intimate and personal and I couldn’t help but wonder if current events might have influenced you. Would you like to tell us a bit more about what exactly inspired you in the writing process?

Yeah, there are cer­tainly tracks like "Welcome, Apocalypse" and "Factory" that are kind of inspired by cur­rent events. It's hard to write mater­i­al like that because if you marry it too obvi­ously to the time that inspired it, it can be a bit dated as time goes on. So I've always approached songs like that with a cer­tain amount of vague­ness so they could apply to any time, really. History is a big circle any­how, so it's bound to be rel­ev­ant again in anoth­er context.

The bulk of the mater­i­al, though, came out of a pretty dark peri­od in my life that star­ted around the time I returned from the "Endure" tour. My depres­sion just kicked the hell out of me. It got bad enough that even get­ting out of bed on some days seemed impossible. I did a lot of reflec­tion and I real­ized that if I was ever going to get bet­ter, I had to make some changes in my life. So the over­all arc of the album is sort of the theme of over­com­ing dark­ness through change.

4. What are your personal favorite tracks on this album and why?

That's always such a tough ques­tion to answer. I like them all for one reas­on or the oth­er. Otherwise, they wouldn't have got­ten released. But I think the song I that came out the most like I was hear­ing it in my head was "Confession". "Bloom" was anoth­er where the atmo­sphere turned out exactly as I had hoped.

5. Even though the current situation might not allow musicians to play concerts at the moment, are you planning a tour or any festival gigs for next year?

We do have some gigs sched­uled for next year, but as of right now, they're just res­ched­uled dates that had to be can­celled this year due to the pan­dem­ic – some of them twice. Whether or not they hap­pen remains to be seen, but I'm try­ing to be pos­it­ive about it. I really do miss see­ing my band­mates and play­ing shows. It's really strange to be releas­ing an album without tour­ing right away. As far as tour­ing goes, I'm not plan­ning any­thing until it has for sure become viable and safe to do so. Booking a tour is a lot of work, and it doesn't make sense to go through that entire pro­cess if you don't even know if the ven­ue will still be open by the time the show comes around, or even if live shows can hap­pen at all. It sucks, but I'd rather we all con­cen­trate on stay­ing safe right now. Shows can come later.

6. As far as I know, you have been working alone on the production of this album. Is there a specific band or artist you can imagine to collaborate with in the future, for example to record a song or a whole album?

Yeah, I've always worked solo on the Assemblage 23 stuff. I think it's just such a per­son­al pro­ject to me that I feel pro­tect­ive and a bit too close to it to turn the reins over to someone else. I would've loved to work with late 80's/early 90's era Flood. I think he was at the peak of his game then. I'm not so wild about what he's been doing lately, but it's made him very suc­cess­ful, so who can begrudge him that? Giorgio Moroder would be pretty cool. I think it would be quite cool to work with Trevor Horn… his pro­duc­tion style in the 80's was very influ­en­tial to me. So many of his records soun­ded so huge.

7. Do you have a personal creative hotspot or place that inspires you and helps you find ideas for new songs?

Anywhere but the stu­dio, weirdly enough. That's not to say that I don't get a lot of good ideas in the stu­dio as well, but if I ever get stuck on a song or I'm lack­ing in ideas, I'll go for a walk or a drive and it usu­ally works itself out. Maybe there's some sort of sub­con­scious pres­sure in the stu­dio, I don't know. But get­ting out­side of that envir­on­ment always seems to spark things for me.

8. Do you have some kind words to Electrozombies for our testimonials section 'People who spread love'?

Our little scene only still exists through the hard work and pas­sion of zines and web­sites like Electrozombies!

9. Any last words to the audience?

Stay safe, stay healthy, and be kind to each other.