Sin Cos Tan – You Again 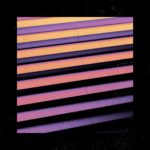 With the fresh and summery synth pop / new wave song ‘You Again’, the Finnish band ‘Sin Cos Tan’ is hopefully doing the rounds in various clubs. The song is taken from the album ‘Living in Fear’. The mixture is extremely exciting and sounds like the young ‘New Order’ paired with the vocal tonality of a gloomy dark wave / goth song.

However, this dark tonality switches 180° in the chorus in a more pop-oriented direction and lifts the song. In my opinion, this dynamic makes the song exciting and above all worth listening to. This is exactly how ‘New Order’ should sound in 2022!

Sorry for the clear ‘New Order’ comparison. I love this band but have had my difficulties with the last album releases. This song is part of our Spotify playlist ‘New Synth Pop Songs 2022‘. The playlist is updated continuously. Follow this playlist now and don’t miss any of the latest synth pop hits in 2022.

Listen to ‘Sin Cos Tan – You Again’ on Spotify

‘Sin Cos Tan’ about ‘You Again’

”You Again”, the first single taken from the forthcoming Sin Cos Tan album “Living in Fear” is a lighthearted burst of energy to kickstart your summer. Bouncy basslines and a catchy chorus – what more could June ’22 ask for?

Finland’s leading electropop duo Sin Cos Tan – comprising of singer-songwriter Juho Paalosmaa and artist/producer Jori Hulkkonen – is releasing its highly anticipated LP after a long hiatus. “You Again” is the first single from their upcoming fourth album.

On their next album “Living in Fear”, the band unleashes its uncompromising sound and energy for a world dealing with chaos and fear. The result is a gem of timeless pop music that proves the duo to be at the peak of their creative powers. Do you fear the dark, love, war, or yourself? Whatever the answer, you can be certain: Fear is a powerful thing.