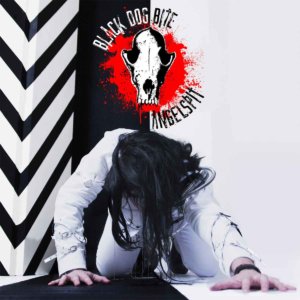 ‘Angelspit’ announced his 7th studio album ‘Black Dog Bite’ in summer 2017 and promised literally an acoustic earthquake. The Australian Electropunk artist, now based in Los Angeles, is well-known for his extraordinary way to create weird noise and ultra-brutal beats.

Zoog Von Rock says: “This album is brutal, sexy, and cynical. The music is firmly based in the slamming sound of early 90s cyberpunk with shards of gritty, lo-fi, digitally tortured samples. Angelspit worked tirelessly for months on the mixes, polishing the details in the layers of distortion, seamlessly merging industrial electro punk and slick production: this is the band’s most highly produced album to date. Black Dog Bite is sonically dense, well defined, yet harsh and driven.”

Three cats on the lap

First of all a short message to all ‘Angelspit’ die-hard fans: “You don’t have to fear the new Angelspit output. It’s truly awesome and you get what the label on the album promises. An album that contains 100% the DNA code of Angelspit’s music”.

Back in summer 2017, when Zoog announced the new album ‘Black Dog Bite’ via his Kickstarter promotion video I had tears in my eyes while laughing. Producing an album with three cats is much more brutal than with only one cat. Makes sense, right? If you don’t know what I’m talking about then you need to watch the announcement video below.

The opener ‘Satanic Aesthetic’ is a cool track and not that brutal for the start, because we’re all getting older, right? The tempo is set in the mid-tempo range and the vocals are clearly articulated. It has almost a kind of a relaxed atmosphere and it’s perfect to jump into the new album.

‘Ugly Deeds’ is the second song on ‘Black Dog Bites’ and the music gets a bit more aggressive at this point. Here you get a pure danceable Industrial/Electropunk track that kicks your ass. I also love the usage of sampling the part “You are so pretty pretty pretty …” from the song ‘Toxic Girl‘, which is my personal all-time favourite from ‘Angelspit’.

The vibes of the next track ‘Sexy Tragic Muse’ makes my body move immediately. Even if the song is packed with tons of cool, sexy and strange electronic samples, the core is basically a good old Angelspit mid-tempo Electropunk track. I guess this track will be loved by all Angelspit fans instantly.

With a small influence of the Big Beats genre, the song ‘Great Bank In The Sky’ drops like a bomb. I love this track! The ongoing bass beats let me feel my feet beating on the dancefloor. It has this typical raw, stomping beat for dancing forward and backward. EBM people know what I mean.

The black dog starts to growl

‘Hidden Knife’ sounds already a bit more distorted and destroyed. And lyrically the black dog bites here for the first time. While the music gets more rough the vocals are soothing sonically. This is indeed a very marvellous combination. You will definitely need to listen to it a few more rounds to get into it, but then it rocks like hell.

Less catchy but still great is the song ‘Dead Man Talking’. The sounds and samples are arranged in a complex way. It is impossible to perceive all levels of this song in the first listening attempts. ‘Dead Man Talking’ is a song that challenges you and forces you to deal with it more intense.

The incubation period is over

Energy is gaining momentum. At least I have the feeling that this is so when listening to ‘Collapsing Venus’. Alternatively I am already in an intoxicating condition by the musical drug called ‘Angelspit’. Whatever it is, it feels awesome!

With the first beats of ‘I, Weapon’ my blood starts to rush. This ultra dynamic sound with cold metallic samples, sounds as if it was made in a distant future. An almost unreal and dystopian song structure and feeling accompanies this song. A brave and definitely unusual song, but 100% bears the signature of ‘Angelspit’.

This bite has infected me

It’s true, the new album ‘Black Dog Bite’ by ‘Angelspit’ has infected me. Sure, there are some typical ‘Angelspit’ tracks on this new album. But noone expects that ‘Angelspit’ needs to reinvent the wheel again. And it’s not far as brutal as the announcment promised us, but for me it works perfect. Further I guess this is also the tribute that ‘Angelspit’ has to pay to their loyal fans.

Another hint for vinyl lovers: ‘Black Dog Bite’ is the first album ‘Angelspit’ has produced on vinyl. Pressed on 150gram vinyl with heavy splattered black and white pattern. The LP comes with a poster, stickers and a zine. 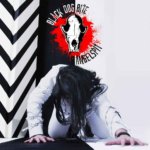