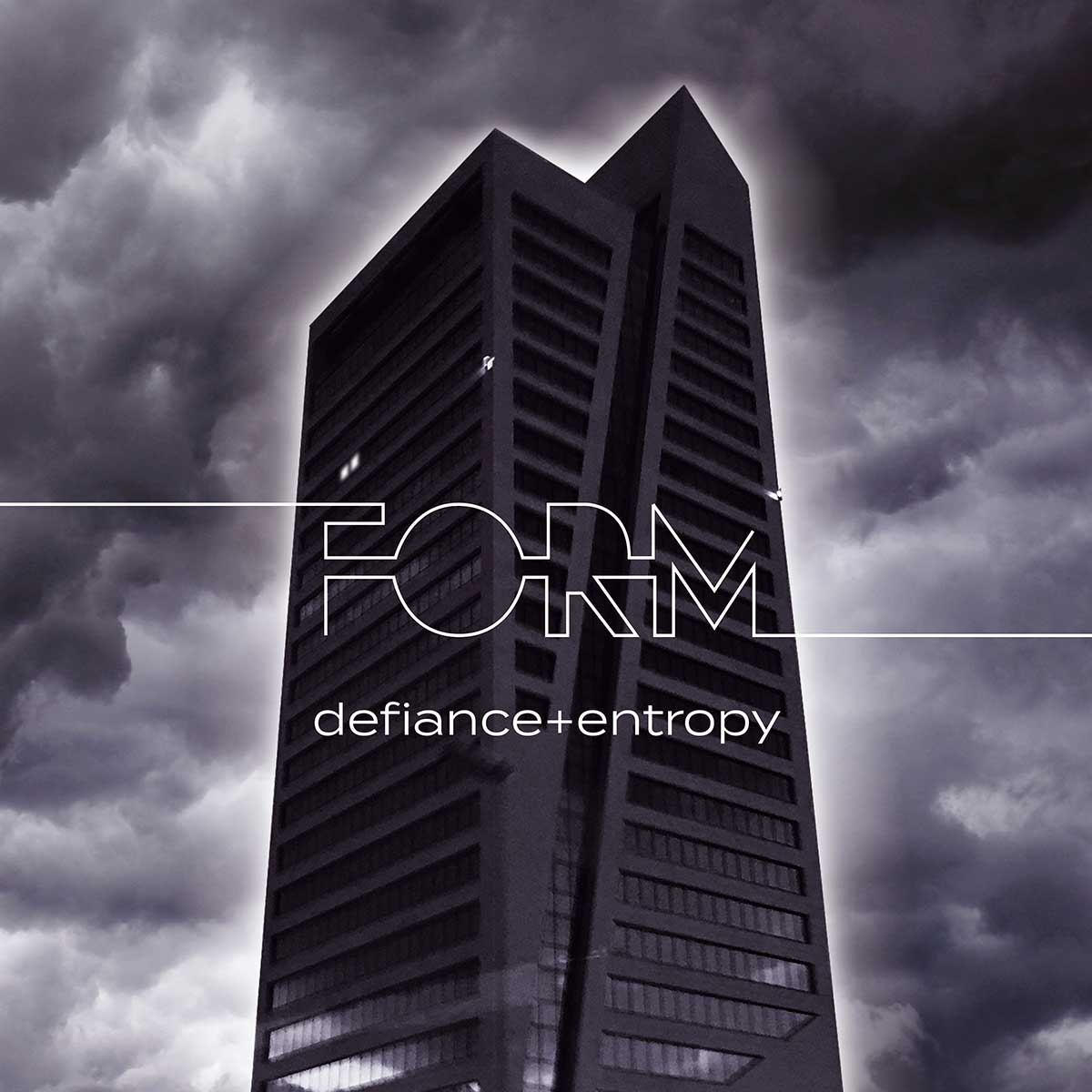 ‘Defiance + Entropy’ is a Synth Pop jewel out of the blue 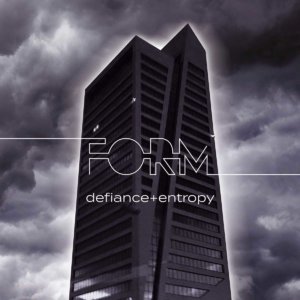 A masterpiece of a debut?

“Born out of sheer love and devotion to synth sounds and the appreciation of vintage songwriting skills, Keith Trigwell, Mark Bebb and Rob Dust have created a masterpiece, which will both surprise and invigorate the most discerning lovers of electronica.”: with these words begins the promotional letter from Torben Schmidt (Infacted Recordings).

“Wow!”, I thought to myself. Those are big words. The first single ‘Poison’ had definitely already a certain potential. But it’s rare that a debut album is full of such hits. But it should be different than I expected. Be curious and read the review of the debut of ‘FORM’ here.

I would not have needed the instrumental opener ‘Prelude47’ and find it monotonous and lengthy, so I just skip this one. But the second track ‘Override’ would have been a terrific opener. I’m overrun by a first-class Synthpop song. Super catchy and groovy blows again a fresh wind from the scene without being too experimental.

For the first single ‘Poison‘ there was unfortunately only a weak lyrics video, which is why we have not published this. However, the quality of the song is an absolutely first league. A born hit single and hopefully soon in the hot rotation in every dark club.

Full of emotions and goosebumps feeling describes the ballad ‘Surrender’ best. A wonderful song with strong samples. Especially when the robot voice spells the letters “S U R R E N D E R”. Cleverly, at about 04:05 minutes, the band added a small instrumental outro of almost two minutes at the end of the song. Since it does not function as a separate track, I can not devalue it. But it would not have been necessary (wink).

In each other’s arms, safe from harm, we surrender
Lyrics from ‘Surrender’ by FORM

The emotional side of FORM

The rather short and extremely melancholic ballad ‘Enough’ is good mediocrity. Unfortunately, the track does not pick me up at any time. The musical backdrop is repetitive and without tension.

I do not know why, but the first minute of the sixth song ‘Stranded’ reminds me a lot of ‘Running Up That Hill‘. It is actually a quite independent song with a lot of depth and emotions. In terms of tempo, we also move somewhere in the ballad area, but with a lot of tension and energy. I have immediately drawn this song to my heart regardless of the fact that it reminds me of the old ‘Kate Bush‘ classic.

Safe us from ourselves tonight, our oxygen is low now in our air supply
Lyrics from ‘Stranded’ by FORM

‘Sugar’ comes with a good mood beat and a swing the shoulders vibe. Almost a real pop gem, as I can predict a 100% radio capability here. The complexity of the song structure is so manageable that you already want to sing along with the second chorus. The only drawback: Again, after 04:20 minutes we are secretly imposed to listen to an interlude. And so this track also falls out for our online radio broadcast.

Very electronically and almost dystopian sounds the song ‘Lies’. Gloomy samples, a classic piano line with a melancholic beat, carry the song forward. The vocals nestle perfectly to the sound of the music and form a symbiosis of sadness.

Do you like Synthie Pop/Electrorock Power like ‘Mesh‘? Then ‘Fire’ is your reference tip. But do not worry, this is not a cheap copy. You think you recognize parallels, but ‘FORM’ is full of integrity to give their own character to the song. Attention, dance floor alarm!

The song first serves the cliché of 80s Italo pop. A naive-sounding, light-footed beat with a chorus brighter than the sun. This song would also work in the beer tent of the funfair. Attention after 03:54 minutes an interlude will be played again! Why?

Hidden a hit single at the end

With single qualities, the penultimate song ‘Addict’ stands out. This one takes up speed again. Punchy and strong, the song is finely produced for the dance floor. Energy, fast beats, cool electronic samples and more energy. A little bit of ‘Eisfabrik‘ style and ‘Priest‘ like vocals are available for free.

‘Infinity’ is a generally good song, even if it sounds like a 90’s boy band ballad with heartache and so on. But I never have any negative touch on pop music of the ’90s and that’s why I like the song. Nevertheless, this is a song that can easily be replaced and is not striking enough for the overall concept of the album, in my opinion.

The album really surprised me. It came out of nowhere and comes around the corner with a lot of good songs. If bleak classical Synth Pop is your thing, then I highly recommend you to listen to the ‘Defiance + Entropy’ album from ‘FORM’ and of course to buy it. 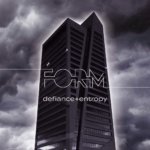