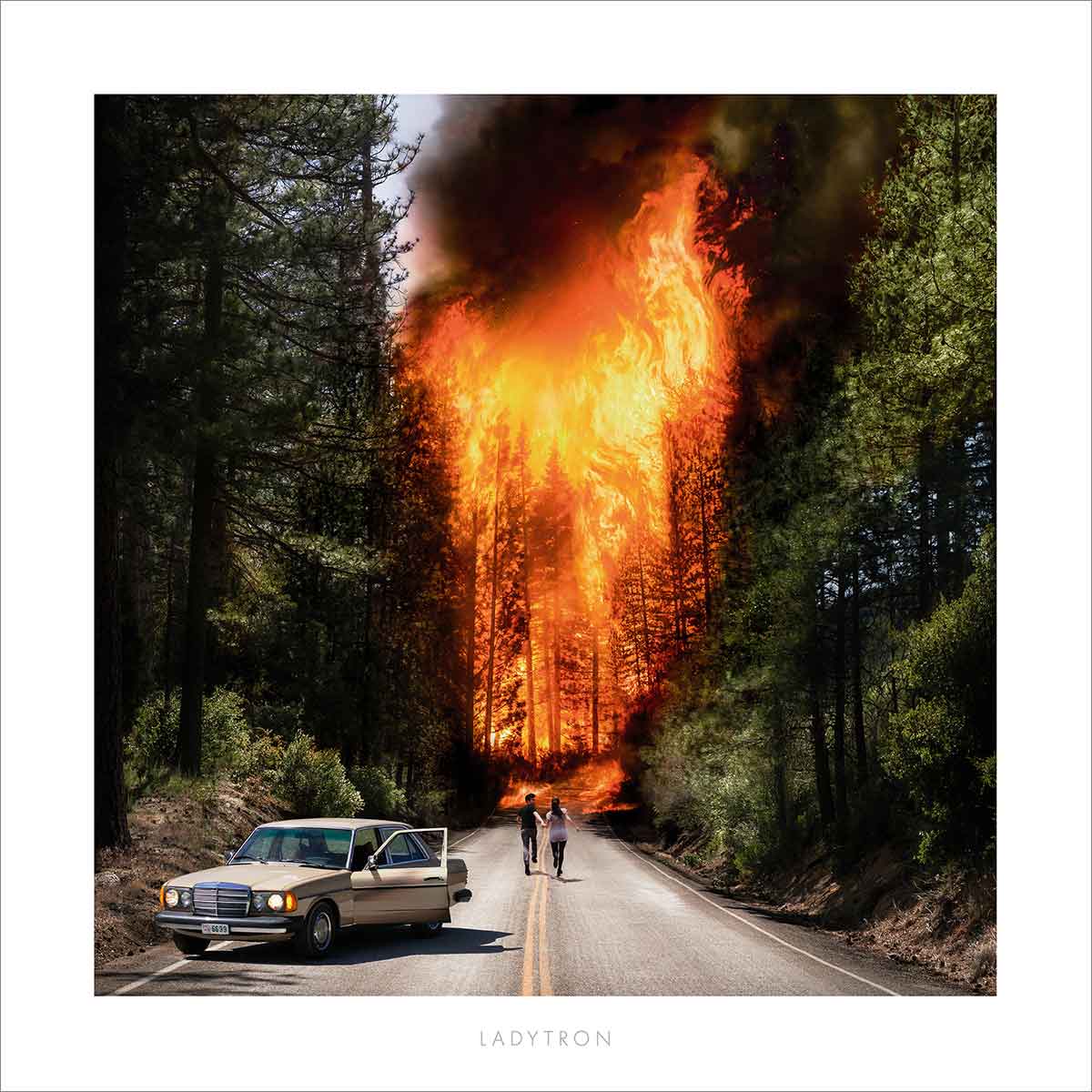 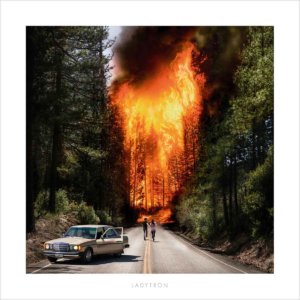 Ladytron is back with the self-titled 6th studio album ‘Ladytron’. The latest album is cold as ice and dark as a dystopian fiction of the scariest way. An album that creates an atmosphere like no other, despite catchy Electropop melodies.

Furthermore is much better than it’s experimental predecessor ‘Gravity The Seducer’ that we haven’t published a review because of the low overall score.

The joyful news: Sound technically it moves somewhere between ‘Witching Hour‘ and ‘Velocifero‘. As I mentioned at the beginning: Ladytron is (fucking) back!

No time for superficialities

The opener “Under The Fire” has a nice organ-groove from the 60s combined with organic sounding, classic drums and later then added ring clamp. The synths also seem to be older analogue synthesizers or really well-made software-based samples. At least the sound construct sounds wonderfully warm and you are immediately embraced by the new album ‘Ladytron’.

It sounds like a smooth Electropop song, but ‘The Island‘ swam through a black lake of melancholy before it was soundly draped in dry cloths. Wonderfully melodic and catchy, yet you hear a deep pain of desperation every note played.

Without regret, a heaven lost at sea, a toxic intuition.
Fate loves desire, we are sirens of, of the apocalypse.
Lyrics from ‘The Island’ by Ladytron

‘Far From Home’ is the fourth track of ‘Ladytron’ and impresses with spherical surfaces in an acoustic mountain and valley ride. The already sweet vocals distract almost completely from the dystopia of the lyrical content. The whole package in a mid-tempo Electropop bomb makes up this particular mix. Silent, but deadly.

The thumbscrews are tightened

A little harder, now also sonically, continues with ‘Paper Highways’. The drums are already kicking in and the song presents itself a bit crunchier. In contrast, the chorus sounds like a nursery rhyme with a pinch of madness. A really great track that creates suspense on the album and is not unnecessarily protracted.

The first single from the new album is called ‘The Animals‘. After this release the anticipation was great! That’s what ‘Ladytron’ sounds like to me. Somewhere between ‘Witching Hour’ and ‘Velocifero’. Okay, a smash hit like ‘Destroy Everything You Touch‘ or ‘Runaway‘ might not sound like it, but it’s closer than any track in ‘Gravity The Seducer’. Thanks for that.

Is it that we know we are animals?
Lyrics from ‘The Animals’ by Ladytron

‘Deadzone‘ has fresh, creaking beats with tightened pace. Especially the bridge did it to me. Well done! After already almost familiar sounds reminiscent of the classical times, ‘Ladytron’ transports their sound with ‘Deadzone’ into the present. Yes, this is now Electropop at the state of the art.

Also with ‘Figurine’ we stay on the tonal modern track of the ‘Ladytron’ train. The samples and sounds are becoming increasingly gloomy and the deep sadness in this album now can no longer be denied. Particularly captivating is this nasty, piercing and repetitive sound tip. Chased by ghostly soundscapes from one side to the other. Kind of creepy and uncomfortable.

A perfect reflection of our sad times

With a feminine bang, almost an interpretation of the Big Beat genre in ‘Ladytron’ style, the track ‘You’ve Changed’ fires from all Electropop barrels. The track is great for dancing and loud singing along.

The energy increases with the progress of listening to the album. The first two seconds of ‘Horrorscope’ come damn close to a Techno / Eurobeat drum roll of the 90’s. But then it will also be moderate again. However, the drums are driving and the dynamics are really strong in the song as well. Every now and then, an interspersed electric guitar surprises me with hecticness and curiosity.

After the storm, the apocalypse and dark visions, ‘Ladytron’ sprinkles a sonic hope with the song ‘The Mountain’. For me the most positive sounding piece on ‘Ladytron’. But if you expect a happy pop melody now, I have to disappoint you. A heavenly-sounding women’s choir accompanies the song throughout in minor.

An album as bittersweet and fantastic as a desired end of the world. ‘Ladytron’ is truly back and I love the new self-titled album. I only can highly recommend this album if your like bleak electronic music with profound lyrics. 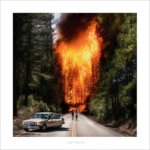