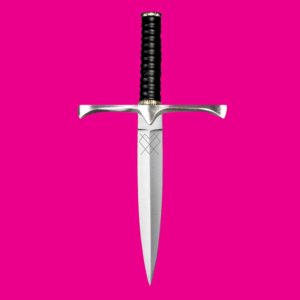 ‘Night Club’ is a young american band consisting by Emily Kavanaugh and Mark Brooks. Since 2013 they had different outputs like Singles, EPs, and an O.S.T. for the series ‘Moonbeam City‘, but this is their first full-length album. As ‘Night Club’ provides me this album for reviewing my first thought was: “Wow, what an amazing cover artwork! I’m in love with that simple and iconic design.”.

Unbelievable, but the instrumental opener gets a 3 star rating from Electrozombies! Everybody who read continuously our reviews knows this is something unusual, because we don’t like instrumentals at all. But the track ‘Requiem’ also uses this ghostly, whining voice that reminds me onto the song ‘Shake The Disease‘ by ‘Depeche Mode‘. And it isn’t too long starting to bore me.

The second song and single release ‘Bad Girl‘ is definitely the strongest one on this record. So it’s a perfect start to introduce the albums sonically direction. ‘Bad Girl’ sounds fresh, catchy and it really comes with big bass beat. For me this song is already a club classic. Furthermore ‘Emily’ might be a ‘Bad Girl’, but she has an remarkable voice with a admirable bandwidth.

I would also like to point on the outstanding song ‘Dear Enemy‘. The chorus of this track is almost hypnotizing and comes with an 80s vibe. The song “Freak Like Me” is also particularly strong. This one has a very cool Electrorock painting in the chorus that kicks your ass. The following song “Magnetic” hits in the same notch with the snotty rockstar attitude.

Overall I love the sound of ‘Night Club’ in general. What I really missed on this album are more varied of the songs. Everything sounds almost similar which I find a bit pity. But I recommend you to give ‘Requiem For Romance’ at least a try. When you see it as a debut, then it’s a really inspiring album. I will keep an eye on ‘Night Club’, they have a big potential. 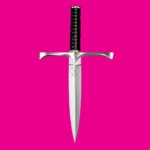