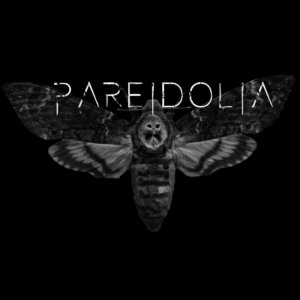 Pareidolia is a little happy, a little sad, and worth a listen. PreCog, consisting of Jason Thomas, Gerald Josef, and Bret Pamelton, continues the style from their 2016 album Are We Lost? in this 2017 release.

Pareidolia is the phenomenon of human brains discerning a pattern in an image or sound where there isn’t one in reality. Whether by chance or on purpose, this album has given me a case of pareidolia. Overall the album sticks to one style – mournful vocals and driving synthesizer beats with interspersed guitar, and orchestral sounds – but it’s done well.

‘Pareidolia’ is no delusion

The album opens up with ‘A Wall Around’ which sets the stage for what is to come. This song is upbeat, something you’d listen to on a sunny walk through the park.

‘Vital Signs’ slows it down at the beginning but the chorus is fast paced and lets you sing along. This song in particular gives me early 00’s alt rock radio station vibes, and I love it.

A more industrial / grung-y style rears its head in ‘Please Stand By.’ It reminds me of the theme song from the TV show Charmed, which is actually a cover of Morrissey’s ‘How Soon is Now’ by Love Spit Love. This song has a sing along chorus, and that in combination with the background guitar will transport you back to the late 90s.

‘Take Everything’ is a musical departure from the last song, a breathy ballad that would be right at home at a goth prom. And now this might sound like a weird comparison considering how I just described it, but the breath effects remind me of Maroon 5‘s ‘Harder to Breathe’ off of their Songs About Jane album. ‘Take Everything’ is the more morose younger brother of ‘Harder to Breathe’ with its own unique style.

If you take a part of me, you better take everything
Lyrics from ‘Take Everything’ by PreCog

‘Misery’ is a dark song that transports you to a dreamy world, where you’re not sure what is a nightmare and what is not. There are orchestral string sounds interspersed throughout which add to the dreamlike atmosphere. ‘Complete’ keeps you in the dream world PreCog has created with this slow, melodic song.

‘Compete’ ends with a few seconds of near silence, which is a cool trick to transition into the next song ‘Forgotten How to Love’. Up-tempo and danceable, ‘Forgotten How to Love’ takes you off the cloud you were just floating, on and drops you in the middle of a dance floor with driving beats and synthesizer stings.

‘EMMR’ continues the dark dance feeling of this album. Thomas’ vocals are breathy and modified, fitting into the dreamlike atmosphere from earlier in the album.

One of my personal favorites is ‘Remains.’ The lyric “’til nothing remains” is echoed about in the chorus, which along with the dark, crawling music makes you feel like you’re disintegrating until nothing remains. Fortunately, for us listeners, ‘Paler Still’ puts you back together. It evokes and uplifting and inspirational feeling, putting you on the upswing of an emotional roller coaster.

‘Letters from the Past’ and ‘Overtaken’ both continue you on the emotional upswing. The former is mid-tempo with a touch of melancholy. The later ups the tempo some more but not quite aggressive club speed. It’s bob your head, tap your foot casually, tempo.

‘Powerless’ is full of anticipation. It starts slow and quiet, with vocals on paired down synth and drum sounds. As you start giving in to the song and letting ‘it consume your soul’ the background music swells and the vocals become more powerful.

‘Voices’ and ‘Never Made a Sound’ finish the album out strong. They’re both signature PreCog, melancholy mixed with hope, layered in a soundscape of synthesizers, guitars, and strings.

Pareidolia is no sophomore slump, PreCog put out a strong album. The entire album has an ethereal feel that comes mostly from Thomas’ vocals with strong backing music that tugs at your emotions.

I would have liked to see a broader range of style on this album, but PreCog does what they do well. As you listen you’re transported to their dream world, discerning patterns in the clouds. If you’re looking to float, check this album out. 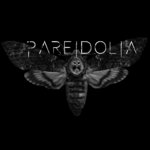 PreCog – Pareidolia
A Wall Around
Vital Signs
Please Stand By
Take Everything
Misery
Compete
Forgotten How To Love
EMMR
Remains
Paler Still
Letters From The Past
Overtaken
Powerless
Voices
Never Made A Sound
Recommend
Remains
Misery
Weak
(Nothing to report here)
3.6
Dreamy 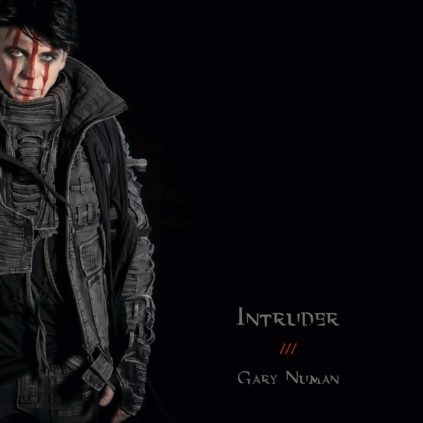