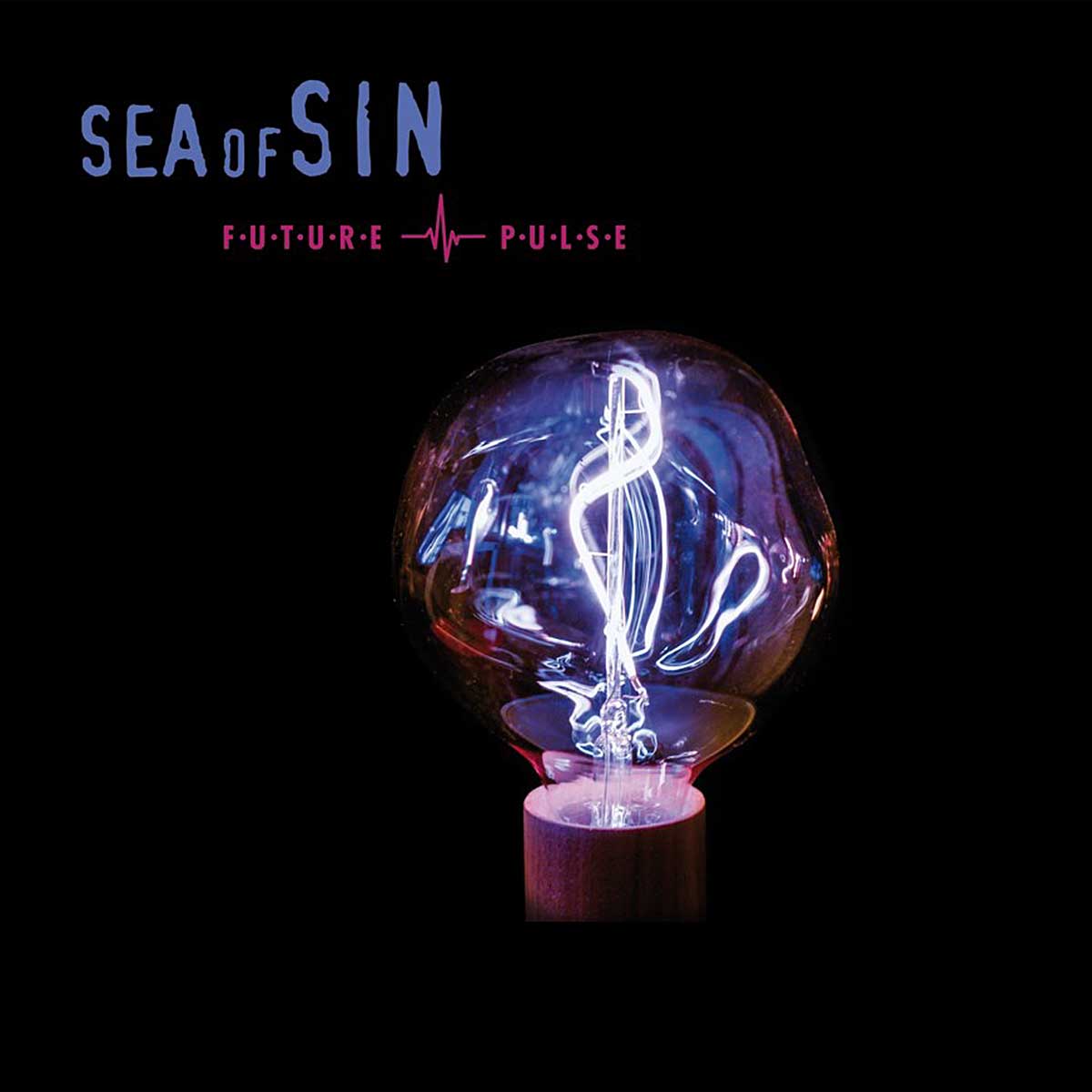 ‘Future Pulse’ is actually just a remastered/re-edited album of the 1995s debut album ‘Watch Out!’‎ by ‘Sea Of Sin’. Not to be mixed up with the Italian Synth Pop band ‘seaofsin‘. I have to admit honestly that I do not know the album from 1995 and that’s why ‘Future Pulse’ is a new album for me. I briefly talked to Klaus Schill and find out that this album is kind of a warm-up. If it starts well, we can eventually expect new material in the future.

Some background info taken from the official press release

The German band ‘Sea Of Sin’ has been active since the 1990s. First album ‘Watch Out!’ was published 1995 containing 15 Synth Pop tracks such as ‘Last Day In Paradise’ and ‘I Live My Life’. Follow up EP ‘Illuminate’ was published 1997 and produced by Heiko Maile of ‘Camouflage‘.

Now they are back! Klaus aka Chevy Baccole, who has been producing remixes for ‘Camouflage’ and ‘The New Division‘ in the last 2 years, lately has been working on ee-edits of the most successful tracks re-producing them from scratch in his studio in Hamburg. After first digital releases they decided to publish a new CD ‘Future Pulse’ containing 11 tracks, featuring 10 re-edits and one new song ‘Star’.

Though some of the songs show a totally new appearance the reworked versions still contain the initial strengths of ‘Sea Of Sin’ and the original tracks: atmospheric and melodic Electro Pop songs all sharing a melancholic touch. Yet the soundscape is organic and a logical development which transfers the Songs well in the year 2018.

‘I Live My Life‘ takes the pole position on the album ‘Future Pulse’. If you hear the samples for the first time, then that is almost like a time travel into the 90s. A bleak tone tunes into the album and it immediately gives a feeling of nostalgia and melancholy.

I lose myself in ordinary details. And I regret my ruling jealousy..
Lyrics from ‘I Live My Life’ by Sea Of Sin

With a tonal familiar feeling it continues with the track ‘Truth’. More classic, a Synth Pop song can barely be built. Included are several levels of vocal tracks, classic clapping hands samples and profound lyrics.

The third song ‘Hold On To Your Dreams’ reminds me of the pieces of the ‘Nightfall’ era by ‘Beborn Beton‘. Sonically, the song is a bittersweet mix of minor and some uplifting scales. The underlaid strings and piano blend perfectly with the warmth and goosebump mood in the sound.

Turning up the volume

With ‘Deep Inside’, the album finally takes a faster ride, which also benefits the variety. Here, Synth Pop awaits you with a subtle Funk coloring, which is realized by the guitars. Unusual and brave, but terrific implemented. Moreover, the pace moves in the medium up-tempo range, which makes the piece extremely danceable.

Cool and groovy starts the track ‘Ride The Sky’. Highly melodic and catchy, the piece lets you rock right from the start. Funny fact: The bridge, almost at the end of the song, reminds me vocally to the singer from ‘Army Of Lovers’.

‘Star’ is the only really new song on ‘Future Pulse’. Even if it fits perfectly, you realize that it just sounds more modern. Mainly this is certainly due to the instruments, because of the classical construction ‘Sea Of Sin’ barely deviates. Personally, I think it’s a pity that the song has been trimmed a bit too much for mass suitability. I really hope that it will be darker and more electronic when it comes to a possibly new album.

There is always a good reason for a dystopian song

A pulsating beat drives the eighth song ‘Afterworld’. Playful sounds and almost naïve metaphors make the song seem light and uninhibited. Lyrically, the song is more concerned with the fear of an apocalyptic future. A dystopian theme that will probably accompany us to the end of mankind. <sarcasm> At least the Morlocks have a future. </sarcasm>

Now it’s too late for any advice.
The mushroom clouds have coverd the skies.
Lyrics from ‘Afterworld’ by Sea Of Sin

‘Beyond Sadness’ bares its teeth from the first second, like a threatening animal that wants to rip your soul into pieces. With necessary seriousness and punchy speed, a lamentable story builds up here. A really fantastic song that unfortunately does not leave much room for interpretation.

‘Last Day In Paradise’ is also a noteworthy piece. However, I would like to skip this and come straight to the final ‘Strange Vibrations’. Until the end, the quality of the tracks is located on an extremely high level. The last song on the album surprises again with a slight Electrorock drift. The drums are raw, and the guitar riffs used here and there make the track unique on the album.

It is a pity that I somehow missed the band ‘Sea Of Sin’ in the 90s. Whereby, without the internet, it was much harder to listen to smaller bands. The more I am glad now to have heard this new edition. If you like the typical Synth Pop sound of the ’90s, then this album should find its way into your CD shelf as fast as possible.