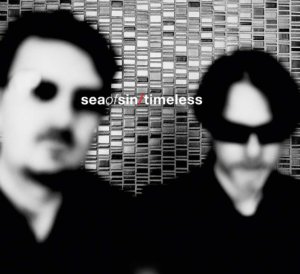 Synth Pop with a 90s vibe

It’s no coincidence that the band name ‘seaofsin‘, in combination with the ‘Anton Corbijn’ look-a-like artwork, automatically reminds you of ‘Depeche Mode‘. In this case, it is actually full intention. The band knows how to sell and not just visually.

Also musically, the band takes the zeitgeist of the late eighties to the early nineties and presents with ‘Timeless’ not only a feeling of life, but also a classic pure Synth Pop album of the old school. Furthermore it’s a concept album where the ‘Time’ is the main actor in all the profound lyrics of the songs.

After skipping the instrumental intro track, the whole album sounds flawless without making big mistakes or disappointments. The song ‘B.L.’ (Black Life) comes along with a super catchy tune and the spirit of pure sonically maidenhood. But this very sonorous virginity makes this song so incredibly sympathetic.

‘B.L.’ Shows clearly in which direction the album moves. We find, however, that the song ‘Sometimes’ is much more catchy. Here you can hear much more clearly the sound roots of the great role model from Basildon.

An album with variation

The song ‘Alone’ is slightly weaker than the other tracks because the song structure has been kept very simple and therefore a little monotonous. A positive message is that the female voice of ‘Antiac’ makes the entire album sound more varied. In the song ‘Ghost Train’ it bursts technically according to old analogue synthesizers. A perfect track for a ghostly dance in the past.

The next number is entitled ‘The Original Sin’ and can easily be an early work of a lost and forgotten song from the German Synth Pop band ‘Camouflage‘. It’s the combination of the selected samples that reinforce this effect. But in the end the song has enough life of it’s own to exist as a unique ‘seaofsin’ song.

The song ‘Lost Memories’ is a beauty of a melancholic ballad. It’s a track that brings you back on earth and let you reflective your life. Be prepared for having some sad memories while listening.

The last song ‘Always In Black’ helps you get on your feet again. Here is a nicely integrated lyric line from the 80s. With the line ‘I’m dressed in black tonight’, another ‘Depeche Mode‘ tribute is paid here. It’s definitely involved with a lot of sense of honor and not seemed fake. It is simply a beautiful homage again.

Well, sonically the album ‘Timeless’ could be easily produced in the early 90s, but it sounds fresh and unique. And yes, it’s timeless if you agree that Depeche Mode’s classic album ‘Violator’ sounds also great these days.

You should also take into account that this is the debut of ‘seaofsin’. And for that it’s a really extraordinary strong album. We definitely recommend you to buy this album and support ‘seaofsin’. It’s really worth it! 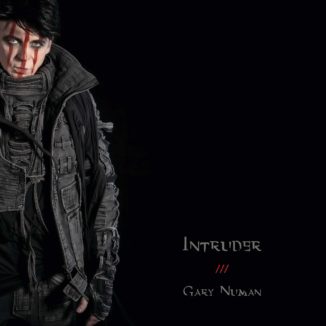