The Sweetest Condition – We Defy Oblivion 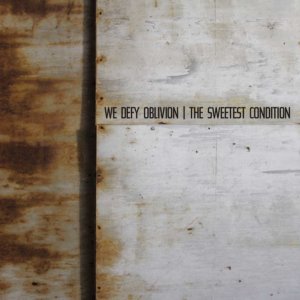 ‘The Sweetest Condition’ on the path of Industrial Pop

While the precursor ‘Edge Of The World’ was more driven of Synth Pop and Darkwave sounds, ‘We Defy Oblivion’ comes with a much more rougher and heavier sound now. There is a heavy use of electric guitars on all songs, and it sounds that ‘The Sweetest Condition‘ have define their music new. They simply call it ‘Industrial Pop‘. I only can agree that this genre description fits at best.

The severe side of a sweet condition

The first sounds of the opener ‘Deconstructing’ has a typical EBM sequencer loop, the beat however sounds a bit more analog to it. This combination make it already sound interessting. Within the chorus you get surprised by the heavy sounding electro guitars. An awesome opener!

The second and third songs line up perfectly after the great opening. But the fourth track ‘Knock Us Down‘ has a much faster beat and having the potential to become a club classic. Even when this song is lyrically a political inspired one, it’s absolutely danceable. Free according to the German slogan: “Tanzt kaputt, was euch kaputt macht!”.

Speaking of German! On the album there is the song ‘Nein Nein Nein’. Overall this is a gorgeous track. Of course this track also comes with an electric guitar, but sounds overall a bit more electric then the rest of the album. Two things come into my mind as I heard this song. First, if the German band ‘Rammstein‘ would have a female singer, I can imagine that it would sound similar to this track. Furthermore I was surprised how accurate Leslie Benson pronouncing the German chorus: “Ich will mehr, aber du sagst nein!”. Congrats!

Brevity is the soul of wit

I’m in love with this catchy and romantic song ‘Depths Of Hell’. Even it’s not political motivated, it integrates lyrically beautiful in the concept of the album.

‘Burn The City’ is technically a great song for radio broadcasting. I guess this one has the biggest ‘Electrorock‘ factor. Sonically it’s a bit more smoother and softer.

What do I fear at most? Except that love is not enough, I fear at most that the last track of a record is an unmotivated piano ballad. In this case I’m happy to get disappointed. ‘Unforgiven’ is a magnificent song that could be placed near to the pole position of the record.

‘The Sweetest Condition’ have managed to keep the high song quality up to the end of the album. I have to give in, that I didn’t found a highlight on this record, but I’m really satisfied of the consistant quality of almost all song. Almost? Well, I have rated the song ‘Keep Turning Me On’ with only 3 stars. The song isn’t bad at all, it’s just that this track sounds a bit too generic to me.

If you are visually influenced by the cover artwork, and expect an album that sounds like ‘Nine Inch Nails‘ then your musically search will be fruitless. It’s definitely more melodic, because it’s Industrial with a pinch of Pop and a touch of Rock. If you accept this genre mix challenge, we strongly recommend you ‘We defy Oblivion’. 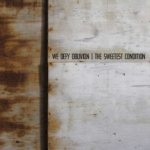 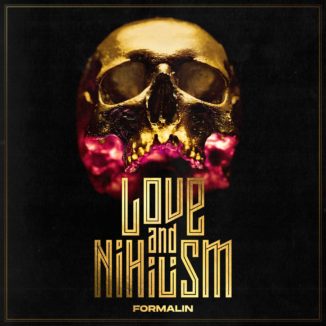