Home
Magazine
Article
10 bands with bigger beats than 'The Prodigy' that are gonna kick your ass!

10 bands with bigger beats than 'The Prodigy' that are gonna kick your ass! 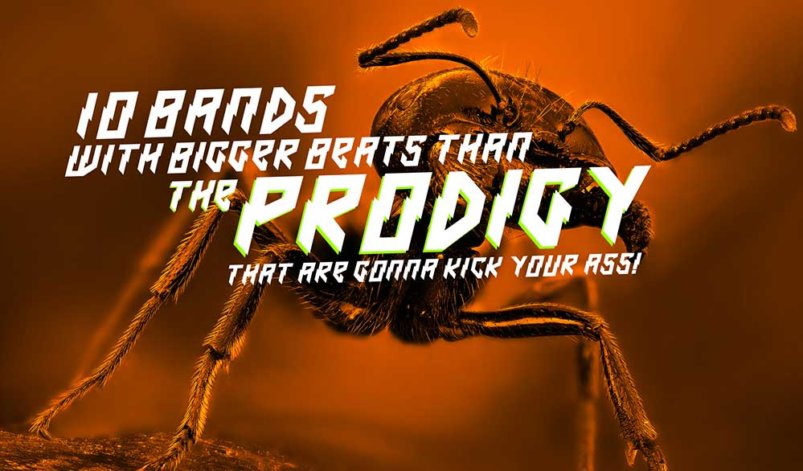 When the apprentice beats the master

I'm a huge fan of 'Prodigy' for more than 20 years now, and I really love and respect the band. In this art­icle, I'd like to intro­duce bands with com­par­able rad­ic­al and aggress­ive sound power. I think it's about time, because every time a new band hits a 'big beat' people say: "That sounds almost like 'The Prodigy'.". I'm really grate­ful for what 'The Prodigy' has done for the elec­tron­ic music scene, but they are not the Uber-Ones who inven­ted music itself.

Anyway, here are some bands that deserve the same respect for their music-style as 'The Prodigy' does. Please also keep in mind that this list is no rank­ing. I hope you enjoy it, and maybe you'll find some new music that is going to kick your ass.

I got to know the band acci­dent­ally by receiv­ing their promo CD 'Nemesis' around 2 years ago. And to be hon­est I didn't even know a thing about 'Jayce Lewis', founder and sing­er of Protafield. Just check out his dis­co­graphy and you´ll see. As I listened to 'Nemesis' the bom­bast­ic sound left a big impact on me. The open­er 'God-Forced' is already a 5‑star rat­ing track, but I fell deeply in love with the second song 'Severe Sever'. This one is a true dance­floor mas­ter­piece. Overall the whole album enter­tains with ground­break­ing beats and highly dynam­ic­al sounds. 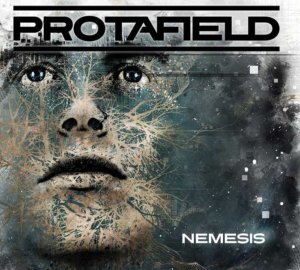 The UK based band 'Hadouken!' defines their music as dance-punk/new rave. I think it's hard to describe their music. You can find a bunch of influ­ences in their songs, and they vary really widely. From Drum'n'Bass to Electrorock – Almost everything is pos­sible for this band. 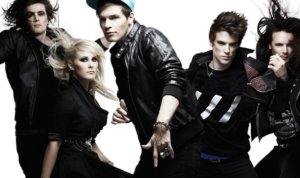 'Hadouken!' star­ted back in 2006 as a fun pro­ject, but became fast much big­ger than they expec­ted. Until now they released three fant­ast­ic long-play­ers, amongst it the bril­liant album 'Every Weekend' which con­tains the fab­ulous track 'Oxygen'. Unfortunately they are hav­ing a break for an indef­in­ite time. I hope they will find togeth­er soon and con­tin­ue their career. 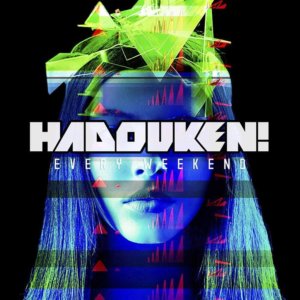 Electropunk, Cybergoth, and Industrial are just a few genres to attempt a descrip­tion of Angelspit's music style. In gen­er­al, the founders of 'Angelspit' Karl Learmont (Zoog) and Amelia Tan (Destroyx) are quite uncom­prom­ising in terms of music­al cre­ativ­ity. My first con­tact with Angelspit was the music video 'Toxic Girl' back in 2011, and this one has it all: A very raw sound paired with aggress­ive beats and samples. 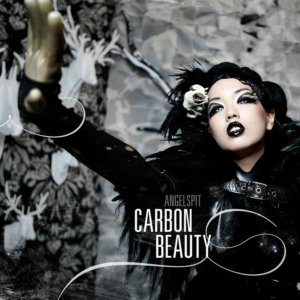 For me it's hard to listen to a com­plete Angelspit album at a time, but each song on its own works per­fectly for a good night on the dancefloor.

So far I didn´t pay atten­tion to 'Chemical Sweet Kid'. I'm not the typ­ic­al Industrial Metal Fan. However, the music video 'Kiss My Hate' impressed me highly. This track is taken from the album 'The Speed Of Time' and it's out­stand­ing. If I´d have had to make the choice which one might become a single, I´d have chosen 'Kiss My Hate' as well. 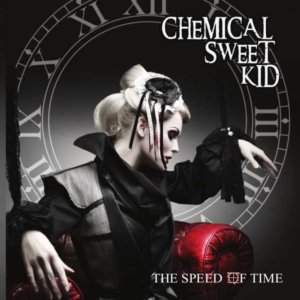 Personally I hope they stick to elec­tron­ic sounds and big beats. This track has the poten­tial to come up to a 'The Prodigy' track.

The first time I got in touch with Transmitter was on a small fest­iv­al in Viersen, Germany. They were the evening´s last band and they only had a time frame of 30–40 minutes. Before them the over-hyped head­liner 'Everlast' bored the audi­ence almost to death, so that  most of the crowd simply left the area dur­ing his ever­last­ing 2 hour set. And sud­denly there is Transmitter: "BOOOOMM!!!". Big beats and a very ener­get­ic gig. Everyone was hyp­not­ized by the show and music. Really fast they filled the area again. Personally I don't like Hip Hop music, but these beats, rhythms and tunes catch me irresistibly. 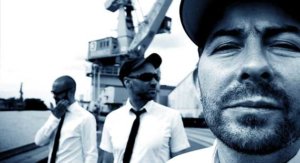 "In the world of Biochemistry and phys­ics a Transmitter is clas­si­fied as a con­nect­ing ele­ment, but since the start of the mil­leni­um, 3 guys from Hanover and Newcastle have been using the term to define their own music – an unbe­liev­able ener­get­ic excit­ing mix­ture of all styles and genres. 'Transmitter' unite, com­bine and bring togeth­er – not only dif­fer­ent sounds and styles of music like Electro, Hip-Hop, Dance, Rock, Drum 'n' Bass or reg­gae, …" (taken from offi­cial Transmitter homepage)

Check out their own online store here: shop.transmittermusic.de

'It doesn't mat­ter what they say' but 'Run You' is a hell of a track. This is a hit single with explos­ive beats and taken from the great album 'Warrior Sound' that I reviewed a while ago. I already loved the pre­curs­or album 'Spirit In The System' from 2010 with the single 'Take It Back' fea­tur­ing Enter Shikari. And I have to say that 'Warrior Sound' is a fant­ast­ic successor. 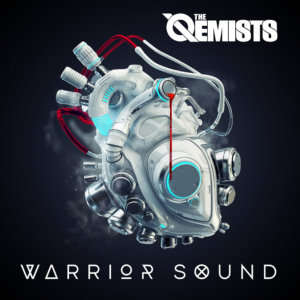 The Qemists are an elec­tron­ic music group from Brighton, United Kingdom. They mix all kinds of music ele­ments like Electro, Drum And Bass, Big Beat, Breakbeat, Electrorock, and Rave in an unbe­liev­ably cre­at­ive way. You should def­in­itely give it a try and listen.

Watch the music video 'The Qemists – Run You' now:

I was incred­ibly con­fused when I saw the first dis­turb­ing music video of 'Die Antwoord'. At the same time I was also fas­cin­ated by the visu­al aes­thet­ics and the hot elec­tron­ic beats. Actually, I had decided not to like 'Die Antwoord', because a major part of their music is Hip Hop. However, I changed my mind to view at least all music videos which are truly out­stand­ingly great. And some­how the beats have stayed in my mind for weeks. Then I reminded myself of the Electrozombies claim 'Undead And Open-Minded'. So I listened to the songs again open-minded, and I def­in­itely start to love their songs. 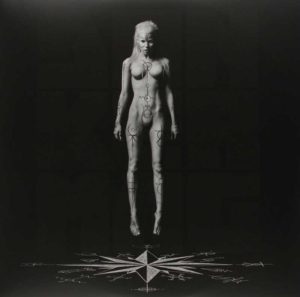 You ask your­self why I put a fam­ous band like 'Atari Teenage Riot' on this list? Well, I noticed that many young people just don't know 'ATR'. And I think they are just as essen­tial a band as 'The Prodigy'. For almost 25 years now they´re enrich­ing us with their self-inven­ted music genre digit­al hard­core, which is a mix­ture between techno and punk. Most lyr­ics are polit­ic­ally motiv­ated, and the aver­age speed seems to be around 160–180 BPM. 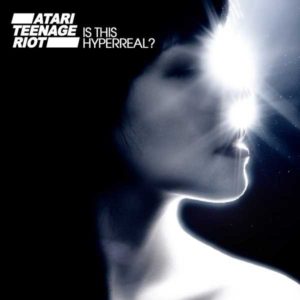 In order not to swamp you music­ally, I chose 'Black Flags' which comes as close to a bal­lad as 'Atari Teenage Riot' will ever get. It still has an aggress­ive and full, fat boom beat, which can eas­ily chal­lenge the music of 'The Prodigy'. The track 'Black Flags' is taken from the 2011 album 'Is This Hyerreal?'.

Maybe most of my read­ers might not like this entry, because of the heavy use of gui­tar and rock ele­ments. I think 'Enter Shikari' can face 'The Prodigy' without hes­it­a­tion. In fact they also use syn­thes­izers and samples in their music, and they sound really cool. Also the atti­tude of the music and the band mem­bers are sim­il­ar to Liam Howlett's band. Independent, rad­ic­al and energetic! 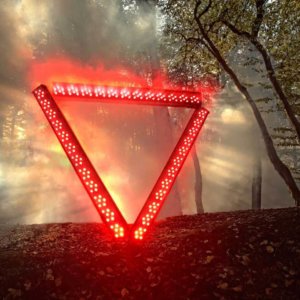 I love the band since their debut called 'Take Me To The Skies' from 2007. But I also would like to sug­gest the album 'The Flash Flood Of Colour' for which I wrote a track by track review.

The almost final entry is unfor­tu­nately an one-time fusion of three great bands. The song 'Narcissistic Cannibal' is a ground­break­ing mas­ter­piece of cros­sov­er style. And espe­cially in this one it works out fant­ast­ic­ally. The new met­al band 'Korn' col­lab­or­ates with dub­step young­sters 'Skrillex' and 'Kill The Noise'. This track is taken from the album 'The Path Of Totality' where Korn also cooper­ates with oth­er bands from the elec­tron­ic music scene. 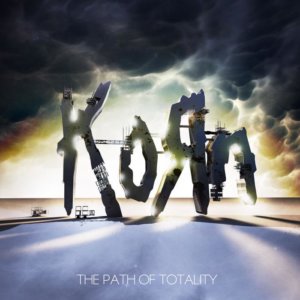 I think 'The Path Of Totality' is the best Korn album ever! Korn has a unique sound of which they can be proud, but the last few albums became more and more insig­ni­fic­ant. With these strong elec­tron­ic ele­ments the typ­ic­al Korn sound came to a new life.

BONUS CONTENT! After listining to 10 great bands let´s compare with the heroes of this article – 'The Prodigy'

There is not much to say about 'The Prodigy'. They´ve simply writ­ten already music his­tory, and their career isn't over yet. They inspired a lot of bands, and had and still have a huge influ­ence on the elec­tron­ic music scene. But there are some final thoughts I want to utter shortly. 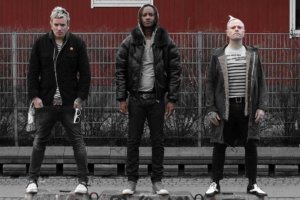 As last track I choose the song 'Breathe' from 1996. The song is almost 20 years old, but it still sounds fresh. Why I chose this song you may ask? Well, the song 'Firestarter' is def­in­itely over-used, but it's still a quite good song. All the 'new­er tracks' (after 'The Fat Of The Land') don't show the revolu­tion­ary idea behind 'The Prodigy', as clearly as the songs did 20 years ago. All earli­er songs were some­how embed­ded with­in the ini­tial 90s techno hype. If they had stopped mak­ing music after 'Music For The Jilted Generation', I guess people would remem­ber them as an usu­al band of the techno move­ment, and oth­er­wise would have for­got­ten them pretty fast.

Continuing after the big hype and focus­ing on their own style makes them what 'The Prodigy' is today. One of the greatest 'big beat' bands in the world.

Please share your thoughts in the com­ments. If you think, I for­got some­thing or you just want to sug­gest oth­er related bands, feel invited to use the com­ment sec­tion below! Watch out for more lists com­ing soon.