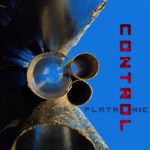 With a touch of 80s new beat, 90s techno and 2000s future pop, everything is present in the song ‘Control’ by the Finnish band ‘Platronic’. You think that sounds totally crazy and impossible to combine in just one song? Then listen to this danceable electronic hit ‘Control’ now. The band itself describes its sound as dark disco whose musical roots can be found somewhere between Rotersand, Annette Humpe and ABBA.