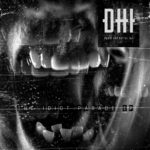 Taken from the official press release: “The lyrics are a direct condemnation of some of the most detrimental forces that we’re facing today,” says Vicar. “It’s an unapologetic protest against fact denialism, conspiracy theories, anti-science activism, mob rule mentality, and white supremacy. So, the way the vocal sequences were shot — in a claustrophobic, in-your-face manner — had to match the unreserved tone of the words.”

In a forgotten space where the talk keeps it on the dumb-dumb
Sucking an air recycled, and repellant to all but utmost blockheads
Gnashing
Writhing
In your ordure

A third-rate bolthole banished to the outskirts
Oh, such grandeur of the divine supremacy you espouse
A-bleating
A-bleating

The stench of it all
A pathogen, a plague from glass towers to the backland
A pawn’s reenactment of wars he’ll never understand
Repeating
Repeating

Stand up, salute, and join the idiot
The idiot
Fuck this fascist charade

You’ll heed the droning of the simpleton strongman
A hollow religion of games, battles, and lives
Brought to rust