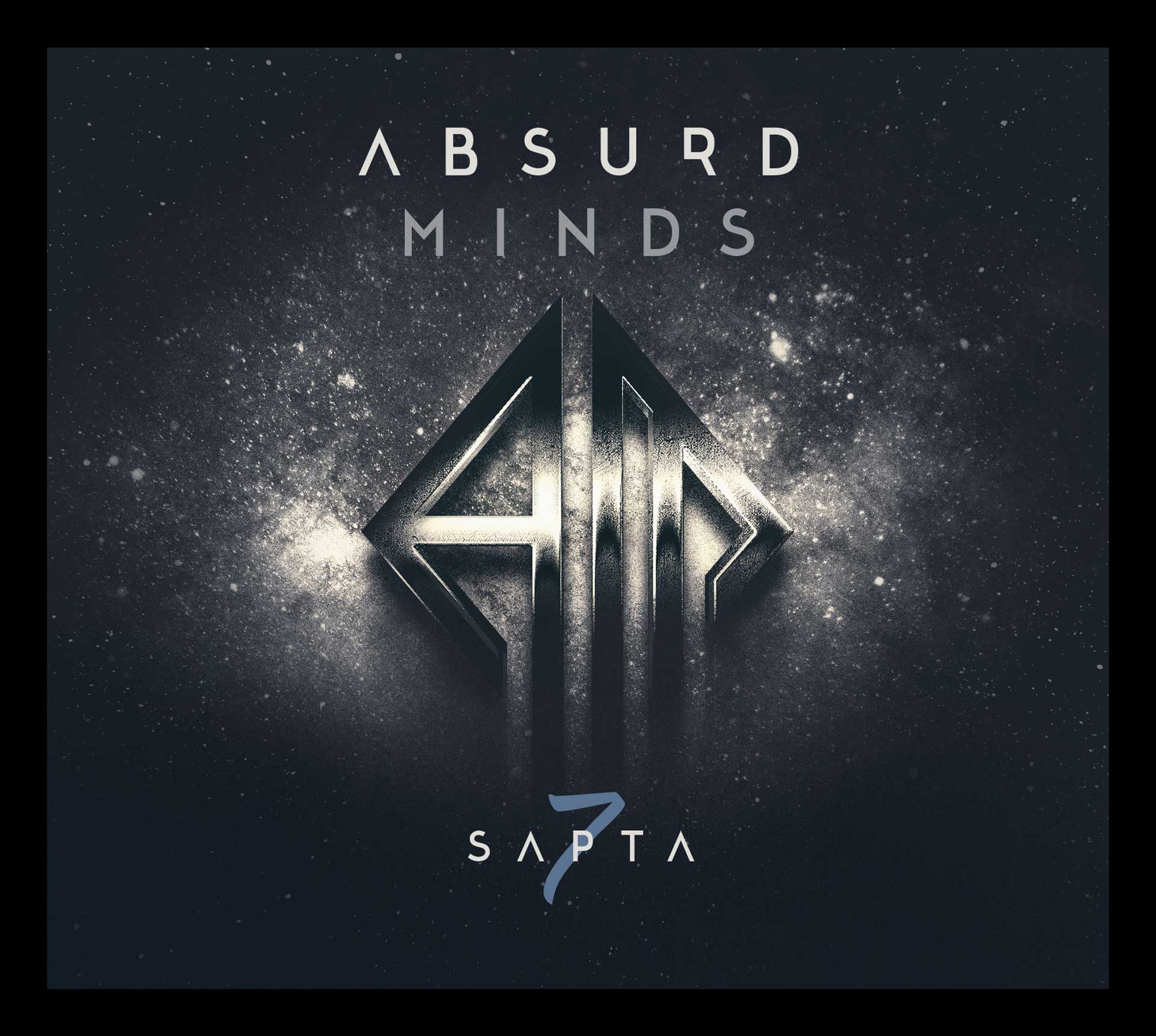 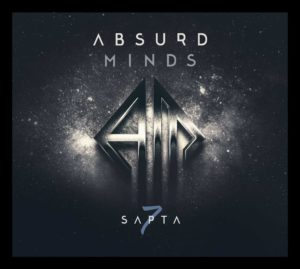 “‘Sapta’ (Sanskrit) – stands for seven in Old Indian. And while this number is mentally charged with all kinds of attributions and various concepts, it was the inspiration for the naming of the latest strike of the electro formation ‘Absurd Minds‘ and identifies itself as their seventh fulltime album.”, says the official introduction to the press release. In front of us is the successor of ‘Tempus Fugit‘, which sounded like a grenade. So the expectations for the seventh album are high.

The album contains tempo-driven pieces for dancing and emotional low-tempo songs to feel and to reflect. Topically, the album ‘Sapta’ deals with the general disorientation of our time.

‘Carry The Flag’ begins quietly and gloomily carried, only to build up pressure and speed after about a minute. The chorus is lifted with a fine lightness, which brings a lot of dynamics into the track. Metallic cool electronics dominate here and set a strong contrast to the deep, warm vocals. At the end the strings start strong and complete the song in an almost epic way. A fantastic opener for the new ‘Absud Minds’ album.

The second song ‘Dead End‘ moves towards Electro Rock. But the rugged electric guitars are used very carefully and never quite take over the sound. The melody is playful and typical Synthie Pop. Also the interspersed, angel-like vocals soften the rough core of the track. The mix is what makes the difference and that’s right for this wonderful song.

When the female, phonetic vocals and electric guitars start on the fourth song ‘Descent’, I am mentally and emotionally with the ‘Sisters Of Mercy’ and Ofra Haza. It’s nice when nostalgia and new music combine and give a familiar atmosphere, even though you hear a song for the first time. The electric guitars and bass line have that typical 80’s Amiga computer sound, which is often overused in the newer Synthwave scene today. But here it is used more subtly and harmonizes perfectly with the song.

The song ‘Transformation’ sounds at first like a positively tuned pop pearl. But the lyrics leave enough room for interpretation towards melancholy and optimism. The chorus is quite catchy and after a short time you can already sing along. Emotionally the song spreads good vibes for a rather serious album.

The song ‘Saviours’ is profound and mysterious. It sounds crazy and unfortunately I don’t have the information about it at the moment, but in the chorus the second voice sounds like the one of ‘Ozzy Osbourne’. If this information is not correct, which I can well imagine, then congratulations and respect to the second voice. At least the vocals fit perfectly to the bleak atmosphere and the slow tempo.

Like the soundtrack of an epic tragedy of a japanese movie ‘A Light That Shone’ begins. With melancholic strings and bamboo sticks banging against each other in the distance. Then follows an ingenious wobbling synth sound before the basic beat starts. The warm synth melody and the distorted, metallic sounding rattling noises remind of the ‘Depeche Mode’ sound of the 80s. Lyrically the song makes you feel sad and thoughtful. The track is definitely a highlight on the album ‘Sapta’.

‘Turning Away’ starts with a lot of energy, a lively beat and full of electronics. With fantastic robot vocals and the typical “Pitchfork piano” the song takes big steps forward and builds up a lot of tension. The song is perfect for the dancefloor in a dark club.

[…] we turning away and we left it all, the loving touch and loving kiss, is all the things we’ll surly miss
Lyrics from ‘Turning Away’ by Absurd Minds

A bright shine at the end

The song ‘Mouvement’ is not a spelling mistake, the chorus is performed here in French. The song is a very quiet low-beat tune with a lot of emotions and moments of goosebumps. The bilingualism gives the song a unique and special position on the album and makes it stand out a bit. The synths are selected very warm and feel almost analog.

Another great song awaits us with ‘One Blood’ almost at the end of the album. Right at the beginning a sample of a girl laughing and then the beat starts. And how fantastically brilliant it is when you are reminded sonically of a classic album like ‘Fairyland’ by ‘De/Vision’. Only in a fresh sound dress in the year 2020, and the “Little Girls” samples in the break make me shiver. This song is one of my absolute highlights on ‘Sapta’ and I hope that the club DJs will bring this song to the dancefloors.

We feel the boundaries, we just feel pure and real, we are one blood, we’re all the same
Lyrics from ‘One Blood’ by Absurd Minds

Is “seven” a lucky number for Absurd Minds?

Absurd Minds have once again outdone themselves with ‘Sapta’. There are 12 songs on the seventh album and not a single gap-filler is included. I bow to this strong performance. If I had anything to criticize, it would be at most the bad, unbalanced logo in the middle of the album cover. But this is not part of the rating. Apart from that I say: “Buy, buy, buy … oh yes, and go to the concerts”.

Listen to the official album preview: