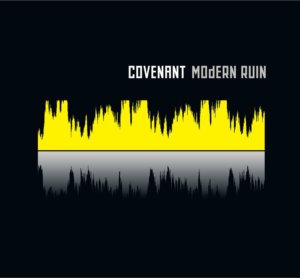 This album is certainly not a modern ruin, and it’s far away from that. ‘Covenant’ proving again what’s their profession. Cold and precise beats with deeply thoughtful lyrics to dance. ‘Modern Ruin’ contains a couple of monumental club bangers.

However, I had placed greater expectations on the album when I listen to the outcoupling ‘Lightbringer Feat. Necro Facility’. But how can I judge in advance an upcoming album with such an awesome club hit?

Other recommended songs are ‘Judge Of My Domain’ and ‘Get On’. For me a new ‘Covenant’ release is always a must-have. And even if I have mistakenly expected more, I am fully satisfied with the album.