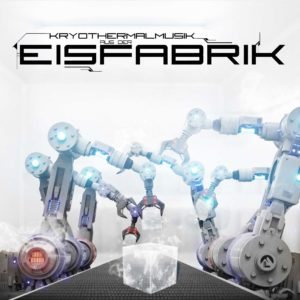 With their EP ‘Rotationsausfall in der Eisfabrik‘, released in November 2019, Eisfabrik already gave us a sneak peek of what fans had to expect. Now, Dr. Schnee, Der Frost and Celsius let us in on their latest cryothermic experiment and ring in the year 2020 with their new album ‘Kryothermalmusik in der Eisfabrik’.

After ‘Null Kelvin‘, this new release clearly shows that Eisfabrik have evolved over the last few years. The 12 songs on this new record offer a well-balanced diversity of slower and up-tempo EBM, future and synth pop tracks with a few interesting twists and turns. Still, you immediately recognize the typical and singular Eisfabrik style with the unique voice of Dr. Schnee.

From the ice cave…

The first song ‘Deeper and Deeper’ is like a prologue to the icy trip that is to come. The slow pounding rhythm and enchanting synth piano and vocal elements form a beautiful contrast to the rough whispering vocals by Dr. Schnee and invite us deeper into the ice factory.

Following this slow introduction, ‘No Matter’ takes us back to that typical Eisfabrik EBM sound atmosphere. The mid-tempo bass beats build up to a nice and catchy future pop chorus, accompanied by melancholic lyrics.

Life is merciless and mean
Lyrics from ‘No Matter’ by Eisfabrik

Just when you find yourself comfortable in that Eisfabrik cube, suddenly you are surprised by an acoustic guitar introducing the next song. ‚We Don’t Care‘ is a lovely synth pop EBM ballad that keeps the band’s unique style without being monotonous.

Eisfabrik don’t want us to get too comfortable, though. The first up-tempo song of the album immediately makes you want to get up and dance along to the club beats as the ‚Grim Reaper‘ invites you to the dancefloor.

When I heard the howls introducing the next track I couldn’t help but think of ‘Big Bad Wolf‘ by Aesthetic Perfection. ‚Lonely Like A Wolf‘ takes up the same pace as the previous song and carries us off into what feels like an EBM fairytale of a lone white wolf.

The opening of ‘Too Late’ reminded me a wee bit of ‘Acid Witch‘ by Faderhead at first but the chorus has more synth pop elements and invites you to listen closely to the melancholic and fatalistic lyrics.

Just like the lyrics suggest, ‘Greetings From Far Away’ invites us on a journey and makes us dream of frozen wide landscapes. Starting off with muffled basses and synthesizer elements, it builds up to a classic future pop track with minimalistic and yet catchy beats.

This journey continues in ‘Journey of Oblivion’, only now the harsher and rougher beats seem to break with the dreamy future pop atmosphere the last song left us in.

„The dance of ice and fire“

‘And Nothing Turns‘ should not be new to all those who already listened to the EP ‘Rotationsausfall in der Eisfabrik’. This beautiful synth pop ballad brings our heartbeats down to a slower pace again with its symphonic elements and leaves us contemplating the lyrics. It is also the only song on the album where at least a few of the lyrics are sung in German, which gives the song an interesting turn.

After leaving us dreaming, ‘Back Home’ takes up a faster pace again and feels like an answer to ‚Greetings From Far Away‘, both in melody and lyrics. Even though this is a good and solid future pop song, it is one of the least interesting songs on this album, which I wouldn’t have missed had it been left out.

In ‘Opposites Collide’ the beat takes up in speed again and makes our frozen hearts pounding faster.  Even though this track might not be as rich in diversity as a few other tracks on the album, the minimalistic club elements form an addictive and catchy melody that won’t leave your head.

Only that here, the chemistry seems to work the other way around: A special album version of ‘White Sheet’ forms a slow and melodic epilogue to this cryothermic journey through the ice factory. Although I must admit that I prefer the song’s original version on the EP, this love song is a perfect ending.

‘Kryothermalmusik aus der Eisfabrik’ got me addicted right away. The variations in slower and harsher EBM rhythms and synth and future pop melodies make this album a lot more interesting than the previous ones and show that Eisfabrik are able to combine their very own style with new elements. Listen in and let your frozen hearts be melted! 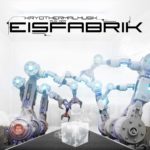 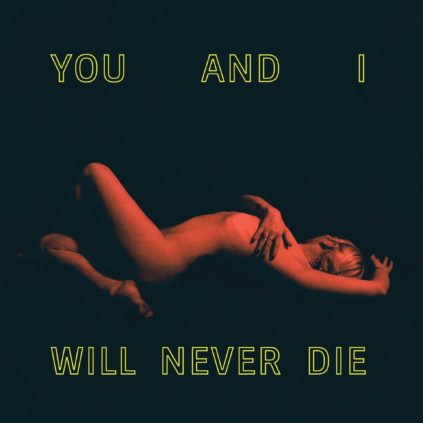