Positive vibes through and through 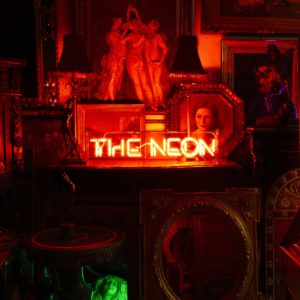 After the extremely melancholic album ‘World Be Gone‘ from 2017, the tracks of the latest work ‘The Neon’ by ‘Erasure’ are now in the starting blocks. The time we live in hasn’t gotten much better apart from the big Covid-19 pandemic and the almost worldwide political narrow-mindedness. But Andy Bell and Vince Clark have focused on the more positive sides of life and you can hear and feel that on ‘The Neon’.

Already with the light-footed opener ‘Hey Now (Think I Got A Feeling)‘ you can guess what to expect on ‘The Neon’. For good reason ‘Erasure’ released this track as the first official lyrics music video and I have to admit that my anticipation was huge. ‘Hey Now (Think I Got A Feeling)’ is that typical good mood Electro Pop sound we all love from ‘Erasure’. A crisp bassline and catchy melody and a chorus straight from pop heaven.

For the second track ‘Nerves Of Steel‘ the band releases the first official music video for the album ‘The Neon’. And this is well deserved, because the track is one of the most catchy songs on the longplayer. The track reminds me a bit of the hit ‘Subject/Object‘ from Andy Bell’s album ‘Non-Stop‘ (2010). The tempo and tonality are about the same. Here the comparison is to be understood as a quality feature. My only point of criticism is the cowardly fade out at the end. Sadly the song sounds a bit unfinished here.

The tempo and the feeling of well being rises with the song ‘Fallen Angel’. The positive vibes are transported through beautiful, easy to understand metaphors. The synths are varied and float like feathers next to the lyrics. A simple sounding but great Electropop song for the soul.

Neon lights for the disco floor

The Electopop-Disco with a touch 70s is perfectly covered with the song ‘No Point in Tripping’. Listening to the fourth track on the album ‘The Neon’, you can clearly see the positive mood Andy Bell and Vince Clark were in when they composed and produced. Lyrically all negative thoughts are pushed aside and the joy of life is celebrated. The arrangement of the synths reflects this in a fantastic way and supports the message of the song.

Watch me fly instead of fall. Won’t you catch me when I call?
Lyrics from ‘No Point In Tripping’ by Erasure

‘Shot A Satellite‘ has the crispest beat and is the perfect Single for radio play. Unfortunately there was only a lyric video, but the song deserves more! Somehow the song sounds like an Erasure classic from the first listening. Comparable to songs like ‘Sometimes‘, ‘Always‘ or even ‘Love To Hate You’, seen from the perspective, let’s say in 10 years. The only flaw to a perfectly cut diamond is the uninspired fade out like on ‘Nerves Of Steel’. Nevertheless I give the track full 5 stars because I really love it and it sounds like a perfect Erasure song to me.

Also melancholy is not neglected on the album ‘The Neon’. This is where the sixth song ‘Tower Of Love’ comes in, which could also be a missing song or b-side from the album ‘I Say, I Say, I Say’. But after the first half full of groovy Electropop songs that are screaming with joy of life, this is a pleasant low tempo downer. Above all, this song provides the kind of dynamic on an album that makes it interesting to listen to in one session.

Yay, arms up for ‘Diamond Lies’. Instantly my shoulders and hips move to the beat of the music. A splendid song that invites you to dance. The synth sounds created here also stand out clearly on the album. I would define the sonic approach as playful and naive. ‘Diamond Lies’ is one of the best songs on ‘The Neon’ and I’m strongly hoping for a Single including a music video.

I skip the piano composition ‘New Horizions’ and we reach ‘Careful What I Try To Do’. Apart from the amazing arrangement and the exciting sounding synths and effects, I find the lyrics and metaphors here particularly strong. Passages like for example: “When you care about the important things and you came along at the perfect time when I needed you I was on my knees” or “I am never met a muse, before you came along created new […] I’m so proud to be with you although we have our differing views” and many more makes my heart melt. Thank you Erasure, for this song to all lovers.

The last song is a soulful ballad (Fortunately not the typical piano ballad that everybody expects.) that feels warm and soothing. The pulse slowly goes down and an inner peace comes up while listening. For a ballad, this song is very diversified and captivating. If you listen closer you can hear the complexity of the individual audio channels, but the song itself never seems overloaded. A perfect ending for ‘The Neon’.

How much neon is there for the money of the album purchase?

Definitely more than you can get at Gods Own Junkyard. ‘The Neon’ is definitely an ‘Erasure’ album that fans have been waiting for a long time. Tonally and qualitatively comparable to albums like ‘I Say, I Say, I Say’ or ‘Tomorrow’s World’, Andy Bell and Vince Clark have once again produced a fantastic album.

The question of purchase does not even arise for Erasure fans. To all other readers with a musical focus on Electropop and Synth Pop, I would like to make an urgent recommendation to buy this album. This is really a bright neon shining release that covers all colours of sound.

By the way, this album also made it into our article ‘The best Synth Pop and genre-related albums 2020‘. Further you should check the position of this album in the article ‘What is the best Erasure album ever?‘. 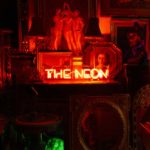