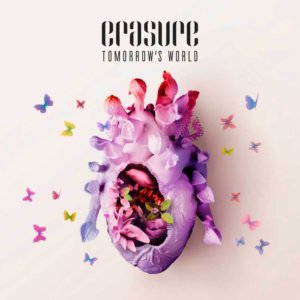 'Tomorrow's World' is a beau­ti­ful and bril­liant Synth Pop album. It's sounds fresh, and keeps the spir­it of the clas­sic­al and unmis­tak­able 'Erasure' sound.

With this album 'Erasure' is one step closer to enter into as Synth Pop Gods in the his­tory of music. If you love Synth Pop, you just can't passing 'Erasure', and there­fore not on 'Tomorrow's World'.

Just once listen, and it became imme­di­ately a favour­ite album. 'Fill Us With Fire' is a superb dance floor hit, and the mid-tempo song 'When I Start To (Break It All Down)' stands out on this album as well. The beat of the open­ing track 'Be With You' makes an awe­some good mood, and let me teeter on the rhythm.

By the way, this album also made it into our art­icle ‘The best Synth Pop and genre-related albums 2011‘. Further you should check the pos­i­tion of this album in the art­icle 'What is the best Erasure album ever?'. 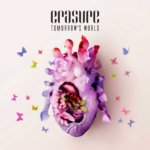