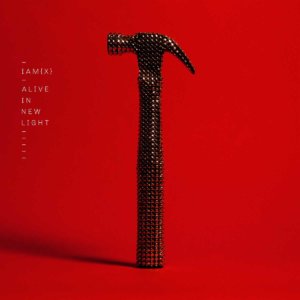 “Emerging from an intense depression that fuelled his last two albums, Chris Corner aka ‘IAMX’ releases his newest album ‘Alive In New Light’. A cinematic celebration of breaking free from demons that have long plagued him, ‘Alive In New Light’ captures the giddy phase of metamorphosis, when you are no longer what you were but not yet fully what you are becoming.”, says the official press release.

‘Stardust‘ opens the album with a galloping groove reminiscent of Depeche Mode’s ‘Personal Jesus’. And indeed the opener of the album is well chosen: I really love the dynamic between the quiet and loud parts of this track. This one is fully packed with all kinds of weird electronic samples and instruments that sound surprising and refreshing.

How do I even learn to play the human way?
Smiles without a heart, weird mechanical mistakes
Lyrics from ‘Stardust’ by IAMX

The title track ‘Alive In New Light‘ follows with an almost operatic meditation on rising from the ashes. The song is joyous on the brink of euphoria. Nevertheless, Chris Corner can not deny the touch of melancholy in this piece. But that doesn’t matter, the song bursts of emotion at its seams. It’s definitely a song that you really appreciate if you have ever left a deep valley behind you.

The summit of the album

The staccato rhythm on ‘Break The Chain’ stresses the urgency in Corner’s soaring, plaintive lyrics and vocals. His vocal power and variation is outstanding and covers one with goose bumps all over. ‘Break The Chain’ is one of the highlights on ‘Alive In New Light’ for me and should therefore be taken as a reference tip here.

‘Body Politics’ marries a sleazy electro funk groove to a Nine Inch Nails-like fervour. “It’s about trying to consume the club, losing yourself in rhythm and pagan, primordial elements, release without a deep message”, Chris explains. In terms of tempo, ‘Body Politics’ is probably the song with the fastest beat. So it’s ideal to hit the dancefloor with. I’m definitely looking forward to whichever club I’ll be hearing the track first.

Inspiration from the early 90s

‘Exit’ echoes Björk’s cubist balladry with a pulsating beat. Sonically it reminds me especially of Björk’s debut album which is also my favourite. By building an intense and spherical atmosphere this is a perfect song to dream and drift away.

‘Stalker’ transports the listener to an exotic, seductive, and mysterious parallel plane where love and obsession blur. During the duet with ‘Kat von D‘, a cold shiver ran down my spine. Wow, what a nearly perfect, highly emotional and vocal duo. The words ‘knock, knock’ inexplicably stifle my breath.

Hallelujah to the apocalypse in my head. Knock, Knock
I’m here for you.
Who’s there?
Just the eternal fool.
Lyric line in ‘Stalker’ by IAMX

When even the valley is on a high water level

‘Big Man’ contemplates our current dismal politics with a creepy circus-like soundscape that could be the scenery of a Tim Burton movie. Unfortunally, I find this is one of the weakest songs on ‘Alive In New Light’. Furthermore, it reminds me strongly of the song ‘The Golden Age Of Grotesque’ by ‘Marilyn Manson‘, but without the insane charm of the old shock rocker.

‘Mile Deep Hollow’, despite its dark and ominous tones, is full of an expression of gratitude. Already the first notes and the deep strings create an oppressive feeling. ‘IAMX’ guides us through a beautiful, melancholic piece of different emotions. I was so touched by the song, it brought tears to my eyes – amazingly beautiful.

‘The Power and the Glory’, a reference to the Lord’s Prayer, closes the album, burying the past and sowing hope for the future. Even the all too typical piano ballad at the end of almost every album is something special here: I caught myself as I got totally lost in thoughts during this track. But the song’s instrumentation offers much more than just piano – from the second half it builds up its oppulence with more and more electronic instruments.

‘IAMX’ fans must be strong, the album ‘Alive In New Light’ hosts only 9 songs. But they are all primeval forces and damn amazing compositions. There are no gap fillers and that is what divides a masterpiece from a usual good album.

‘Alive In New Light’ is one of the most varied albums I’ve heard lately. Chris Corner’s seemingly endless amount of ideas is worth a praise. This album is a must have in 2018. Go and get this masterpiece now! 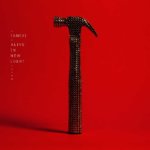