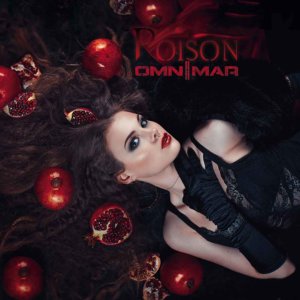 Once upon a time

The Russian Synthpop band ‘Omnimar’ aroused a lot of attention in the scene two years ago with their debut ‘Start’. Musically, a fresh wind and the music videos visually also provided a feast for the eyes.

In 2016, the band released a remix album of their debut entitled ‘Restart’, as well as an EP called ‘Out Of My Life’. This made the thirst for the die-hard fans easier to bear.

Now it’s finally here! ‘Poison’ is the second studio album of ‘Omnimar’. The title and the album artwork make them reminiscent of a classic fairytale. But how is the second album? Is it just a bloated old magic potion or do we experience a thrilling story full of surprises?

With the opener and title-given ‘Poison’, the band ‘Omnimar’ has created one of the greatest intros I’ve heard in a long time. The beginning of the play sounds like a typical ‘Pet Shop Boys‘ song. Even the voice of Maria Mar is almost modulated to the same pitch of Neil Tennant. To the end, we are hovering in style towards the Ambience and Trance of the early 1990s.

Liquid passing over we hear the dancefloor smasher ‘I Go On On My Own’. This song directly moves your dancing legs. An absolutely great track with a catchy chorus and great instrumentation. Although the play has an extremely large Pop factor, it still has enough depth to become a hit in any Gothic disco.

The young, Russian band is a tonally variable, you can prove with the song ‘Out Of My Life‘. A track which is mainly driven by lyrical tragedy. The song presents itself in an Electrorock Opus that seeks its equal.

In several acts, the track builds up breathtakingly. Almost mystically, ‘Out Of My Life’ offers everything an epic soundtrack needs to a gloomy fairy tale. Be it the occasional raven cries, wolf’s howls or the great sounding strings. As mentioned above, with several remix versions and a b-side it’s available as an EP.

Welcome to the prom night

In the song ’40 Steps’, I was first vocally reminded of Shirley Manson of ‘Garbage’. And I just thought, “Wow, this incredibly great variation of Maria Mar’s voice is really fascinating.”. The miraculous melancholy is again a further splash of color on the new long player ‘Poison’.

‘Jimmy’ is a light-footed Synthpop song that could be settled in the middle of the 90s. However, the track is very complex, but doesn’t sound overcharged. Here leads you ‘Omninar’ acoustically back on the path of good mood.

An old companion in a new guise

The song ‘Sadizm‘ has already been released on the debut. Now ‘Omnimar’ present the lascivious number in an English version, which I personally very appreciate. Genetically, the song has typical elements from the Futurepop genre, but is generally much darker.

The pathetic part in the tale

‘Happy Ending’ sounds technically not really happy. This is an emotional ballad that draws you like a maelstrom into the depths. Sonically offer ‘Omnimar’ here probably the most serious song on the entire album. Only after the bridge the song picks up more speed, to celebrate the chorus one last time.

In terms of content I can’t say much about the title ‘Hungry’. Regardless, the song has an English title, the lyrics are complete in Russian. But even if I don’t understand, it sounds like an excellent Synthpop song.

And they all lived happily even after

The second album is, as is known, the most difficult album of a band. I leave the album with the feeling of having heard a awesome and well thought-out work. It’s rare that such a young band sounds fresh, very mature and varied like ‘Omnimar’. The album ‘Poison’ has convinced us completely and we strongly recommend by buying the album to support this band. 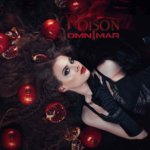