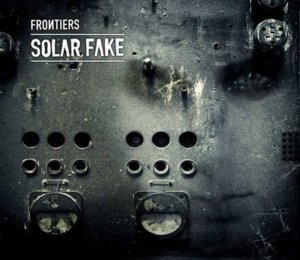 The debut album of the Berlin-based band ‘Solar Fake’ I have somehow missed. I became aware only with the music video ‘More Than This‘. The album ‘Frontiers’ moves in the upper middle class of the Futurepop genre.

In addition to the first single are particularly outstanding tracks ‘No Apologies’, and the cover song ‘Such A Shame’ orginally by ‘Talk Talk’.

On some tracks you also can find Industrial influences, like in the songs ‘Parasites’ and ‘Until I’m Back’. Overall this is a very varied and gorgeous album and it gives me the feeling, to hear more of this fantastic band.