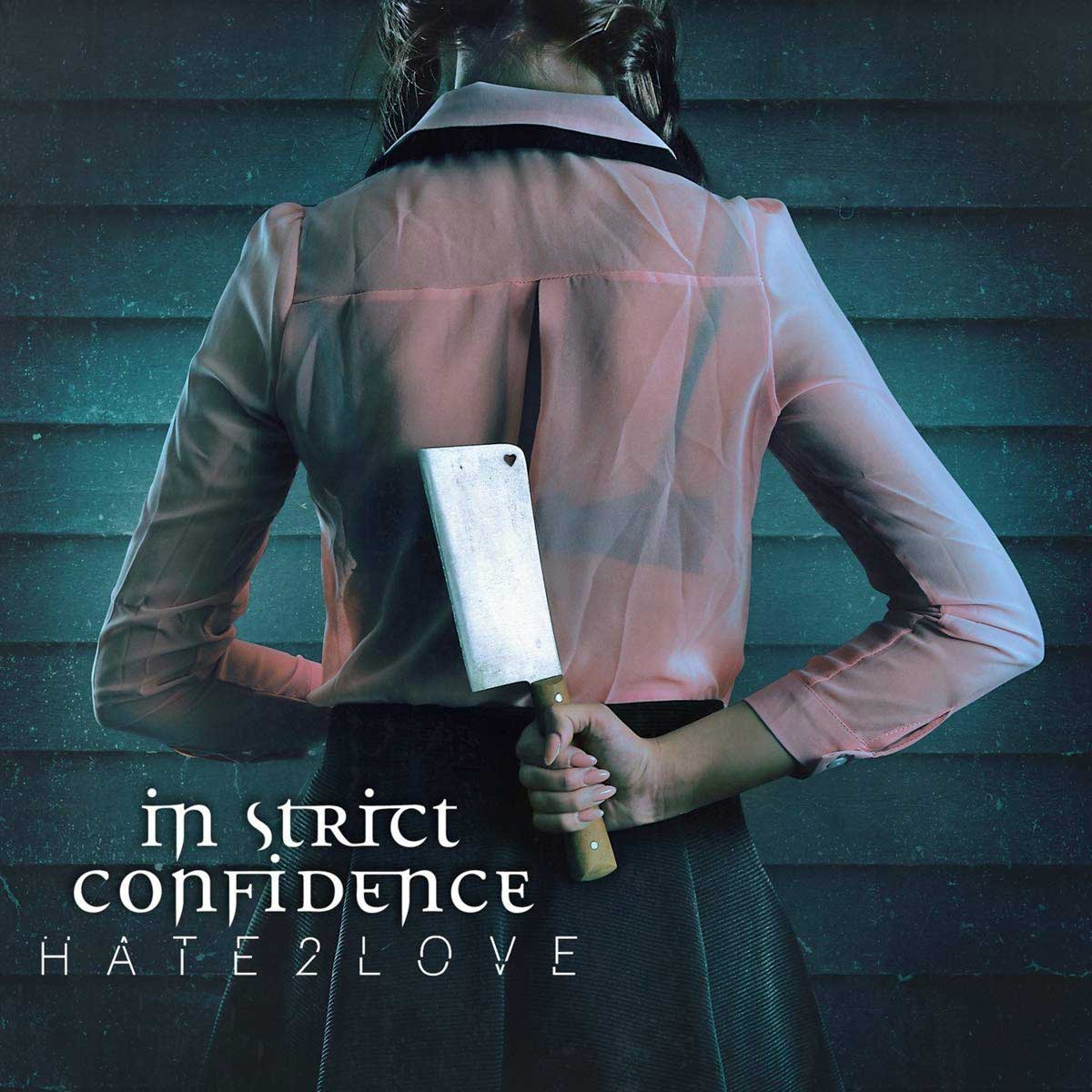 No time for a break. After only two years ‘In Strict Confidence’, they release the new album ‘Hate2Love’. 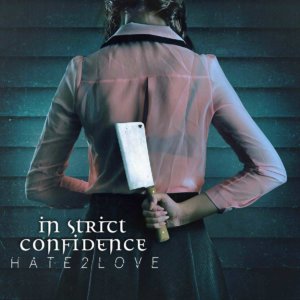 An album title with a lot of room for interpretation

The new album of ‘In Strict Confidence’ bears the ambiguous name ‘Hate2Love’. Does that mean the transformation or the feeling? And as always, the truth lies somewhere between the lines.

If we can say something in its review of the deeper meaning of the album title, remains here only once open. But after last great long-player ‘The Hardest Heart‘ we are, and hopefully you, curious about what’s new here.

It’s certainly not the fine way, but the opener ‘Flashover’ is actually one of the weaker tracks on the album. In general, the arrangement is right and the individual sounds sound exciting. Nevertheless, the song does not want to ignite somehow at any time. Potential has definitely been wasted here. Very pity!

The first single ‘Mercy‘ starts at position number two. This is a really cool, modern song. By far one of the coolest beats I have heard in a song with a Gothic outfit for a long time. You can rock with the beat, dance or casually nod your head. So for every guy, from the movement dyslexia type to the showgirl, the song is suitable.

“Used and abused” comes with a dull beat and heavily distorted guitar around the corner. The speed is perfect for our typical marching dance and I can already see a front of stomping legs to this track figuratively before me. Soundwise it reminds a lot of the album ‘Beautiful Suicide‘ by ‘Massive Ego’.

You rape my dreams and kiss my fears, you spent a smile for every tearLyrics from 'Used And Abused' by In Strict Confidence

Very emotional and tragic is the bilingual (German and English) song ‘Stay’. Feelings that anyone can understand are reproduced here in a sensitive and warm style with a lot of piano and a ballad style tempo. I feel very touched by this heartbleed song that keeps also enough room for interpretations.

Very electronically and in moderate mid-tempo presents the quite thoughtful song ‘No One Remembers’, in which unfortunately a lot of truth. Here the ugly mirror of truth is held in front of the eyes one to each of us who can look deep into our souls. Just as merciless is the sound that is industrially rough and exudes a melancholy hopelessness.

Do something right no one remembers, do something wrong no one forgetsLyrics from 'No One Remembers' by In Strict Confidence

Powerful Electrorock comes with the song ‘Every Start Has Its End’. This track definitely has the potential to fill the dance floors of our favourite clubs. Above all, the chorus is extremely catchy and can be sung in the second round without a problem. Besides ‘Mercy’ this is my second highlight on the album ‘Hate2Love’.

The raisins of the second half

‘Three Evils Of Society’ has a driving beat with a great kick. The track is filled with political statement samples from the Martin Luther King speech ‘The Three Evils of Society’ in 1967. Filthy distorting synthesizer sounds are arranged in a very varied way and make the song extraordinary. An important track!

Almost mystical and sinister, the song ‘Reign Of Love’ takes its course. Despite the slow tempo, the song offers a lot of dynamism through the recurrent almost silent pauses. These quiet pauses are silently highlighted with various dark and strange-sounding samples before it continues with the intense vocals and thrilling sound. This song gave me some goosebumps!

Another catchy song is ‘Wartime Lies’ that instantly works. Sonically, the song actually moves somewhere between ‘Depeche Mode’ and ‘Project Pitchfork’. Of course, the distinctive voice of Dennis Ostermann gets the unmistakable ISC stamp on the song.

Do we hate or love it?

Unfortunately, the ‘bonus tracks’ greatly lower the overall rating. However, these are included on the regular album and must be included in the rating, because of the fairness. Without the last two ‘bonus tracks’ we would have an end score of sparkling 3.95 stars.

Well, it’s an album with mountains and valleys, but overall it’s also a well-produced album with a lot of really cool and dark songs. And yes I would recommend buying ‘Hate2Love’, even it’s a bit weaker than the previous ‘The Hardest Heart’. As I mention it includes a lot of great song and also some shiny pearls. 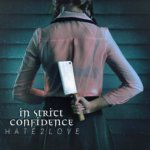 Electrozombies is on the cutting edge of what’s happening in the electronic music scene. They always have the latest news and videos to share. 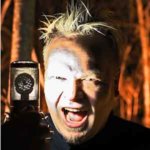