We’re gonna burn this disco down before the morning comes

Neil and Chris give the proof: “You’re not getting older, but rather only better!”. The new album ‘Super’ is not only visually, but also acoustically a worthy successor to the last output ‘Electric‘. The old magic is rekindled. And I hope that this course remains as stable as the minimalistic ‘Pet Shop Boys’ artworks.

An album full of hit songs

I really love the opener ‘Happiness’. This track presents itself in a successful mixture of early 90s disco techno and 60s John Lennon piano sound. A great choice for an opening track!

The first single ‘The Pop Kids‘ is already directly an all-time favorite hymn. The lyrics are awesome and I can identify myself with this song immediately. It has this bittersweet call to mind feeling of days that lie in the past. And the tunes and samples catches this feeling as well.

Then there is the song ‘Undertow’, which almost forces you to dance on the dance floor. The song comes with an up-tempo beat and a typical, but modified 80s musical scale drums sound. The track ‘Burn’ is so freaking full of energy with crisp, modern beats and a super nice 80s organ tunes.

The Pet Shop Boys mixed all the best parts of different decades together. This album isn’t just “super”. It is fantastic, brilliant, excellent, fabulously, … A must-have for every Synth Pop fan! 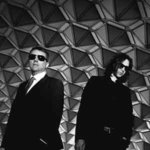