Ashbury Heights in a victorian interview 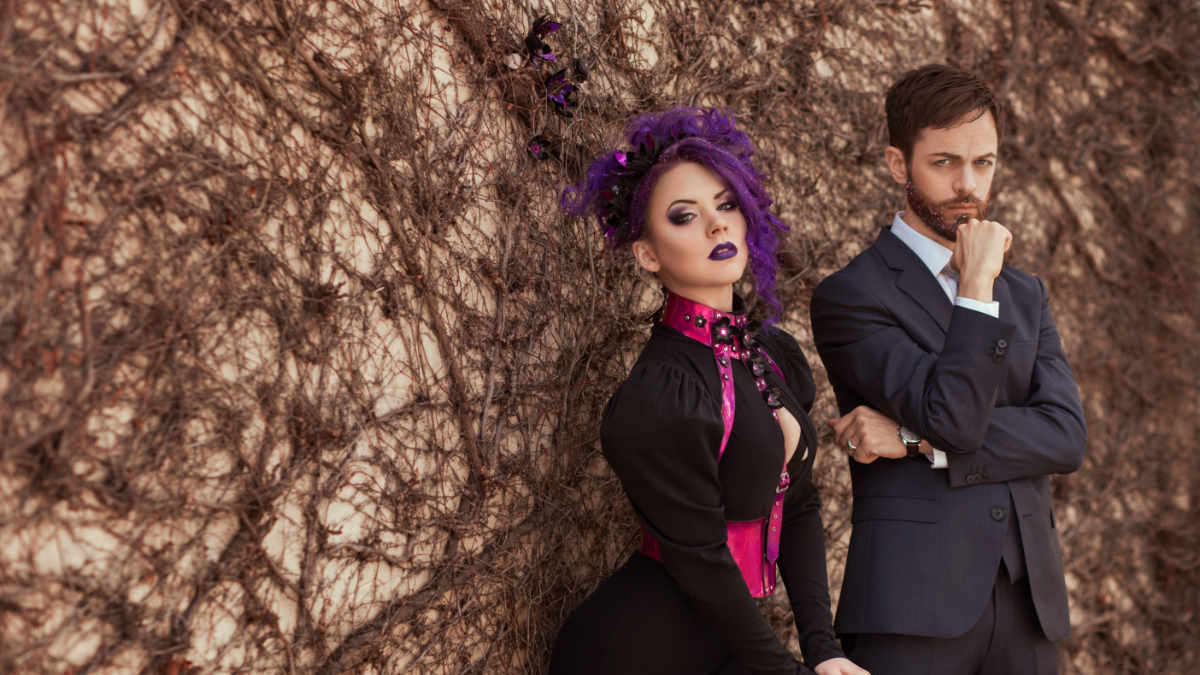 Read why the release of ‘The Victorian Wallflowers‘ was delayed, the secret behind the album title and the strange connection between Black Sabbath and Spice Girls in this open and honest interview with the lovely band Ashbury Heights.

It’s a pleasure to have you for an interview. How are you?

Anders: “Thank you, it’s nice to be doing interviews again.”

I love your new album and I think it’s your best work so far.
What’s your personal feeling of ‘The Victorian Wallflowers’?

Anders: “That’s great to hear, personally I feel like it’s the end of a road we started down with ‘Masque’, the first track on our last album ‘The Looking Glass Society‘. We’ve explored all kinds of modern pop expressions through the lens of the modern gothic, and on Victorian Wallflowers, I think are some of the best tracks I’ve ever been a part of creating.”

Tea: “By now my main feeling about it is relief. It’s been delayed so many times I was convinced it did never see the light of day. “

You already announced the album for a release last year.
What happens that occurs this delay?

Anders: “The album was finished last year in March, but we talked with Out Of Line and they felt the mixes weren’t quite there yet. So we hired Mario Rühlicke to give my production some extra polish, he did a great job.”

Please explain the meaning of the album title ‘The Victorian Wallflowers’.

Anders: “It’s how I felt when I began working on it, how I still feel most of the time; like somebody out of my own time ’positively victorian’. And I’ve always been a wallflower.”

Visually, the new album artwork is very close to ‘The Looking Glass Society’.
Is ‘The Victorian Wallflowers’ a direct sequel? What’s the link between those?

Tea: “They were recorded at the same time (with the exception of Long Lost Dead And Gone, which came about later because I kept insisting that we needed to build something around a clock), and were meant to be released together. So yes, I suppose you could call it a direct sequel… but then again it’s also a prequel and a midquel.”

Anders: “Yes originally the two records were supposed to be released together as a double album. But it was impossible to finish it in any reasonable amount of time so we split them up. We’ve also worked with the same photographer now for five years and she’s become part of our visual expression.”

I know only a few artists in our scene who can live from their music.
What do you do to pay your bills beside making music?

Anders: “I’ve been studying for six years now and just started looking for work, wish me luck because I’ll definitely need it.”

Tea: “I’m working on a PhD in criminology, so I basically get paid to read, write, teach and learn. It’s the best.”

What are your personal favourite tracks on the album and why?

Anders: “It has changed over time. ’Missing Mr Marchie’ is the oldest track on the album, it was written just weeks after ’Masque’, and it was long my favourite because it felt like a high point in my lyric writing.

But then Tea joined the band and we made ’If You’re Shooting With Your Left It Means The Right Side Is Working’, and that track just represented a leap in what Ashbury Heights was able to do. After that, we became more fearless, and songs like ‘Firebird’ and ‘Tomorrow’s Dead To Me’ were the result. All those songs were favourites at some point. I’m really proud of this album.”

Anders: “We are still interested in doing a collection of covers and unreleased tracks in the future. We have a couple more covers lying around and there are about 8 tracks that didn’t make the cut for ‘Looking Glass Society’ and ‘Victorian Wallflowers’ which we really want to release at some point. Skeleton Tree was an amazing experience, but making it was incredibly time consuming and I’m not sure when and if we’ll be able to start work on season 2.”

What are the current plans for the future of the coming years for Ashbury Heights?

Anders: “We have planned a gothic concept album for a couple of years now, it’s our next project. I hope we get to be out on the road a little more in the future, we haven’t toured since 2009 and I do miss it. I’m also working on a side project to get an outlet for the more violent parts of me which doesn’t fit into the Ashbury Heights sound.”

Tell us a secret behind the scenes of Ashbury Heights.

Anders: “I always wondered why other bands got wine or hard liquor in their lounge when all I ever got was (undrinkable) Beck’s beer. Took me almost ten years to realize I could order something else on the catering rider.”

Tea: “Its habit of getting up late you’ll agree that it carries too far when I say that it frequently breakfasts at five-o’clock tea, and dines on the following day.”

The setting: “The DJ in your favourite disco must urgently leave shortly and ask you to represent him”.
How does your spontaneous DJ set look like (List maximum 10 tracks)?

What is the most valuable (limited edition) album in your collection?

Anders: “I got rid of all my records in 2012, I moved to a smaller apartment and couldn’t keep them. I miss my David Bowie collection.”

Please make a spontaneous Selfie with your Smartphone in a mysterious pose.

Not quite a selfie, but here is the very mysterious, gothic style, exclusive picture of Andres Hagström from Ashbury Heights. Thank you very much for this great picture.

Which band or artist would you like to record a song together?

Anders: “I’d like to do some work with Damon Albarn or Trent Reznor. Such collaborations would make for intriguing experiments I think.”

Tea: “In This Moment, because Maria Brink is the coolest and because it’d be fun to swap it up with people working in different genres. Or Gin Wigmore, for the exact same reasons.”

What’s your current favourite instruments you use and why?

Anders: “I only use software instruments because of space restrictions, there’s just no room for big sexy synthesizers. My favourites to use are ReFX Nexus because it does everything fast, and Arturia Matrix 12 because it does a great impression of my favourite hardware synth.”

Tea: “I strongly feel that everything in life needs more harpsichord. And drums. I’d love to have a drummer for live shows.”

What important life wisdom, would you give yourself 20 years ago?

Anders: “‘Never go into music’, it’s pretty much ruined every chance of me ever having a functional life.”

Tea: “Well, I was 8, so… Eat more cake and pet more horses. Which is basically the same advice I’d give myself yesterday.”

Tell me a particularly good and a bad property of you.

Anders: “I’m particularly loyal and particularly diplomatic, I’ll leave it up to you to decide which is which.”

Which bands/artists were your musical idols as a kid?

Anders: “I had terrible taste as a kid, I remember recording mixtapes from Tracks, the Swedish top of the pops. I think NIN was my first real musical inspiration. And David Bowie is the only artist I’d ever consider an idol.”

Tea: “I was all over the place, but three that I spun more often than others as a kid were Ayreon, Black Sabbath and Spice Girls.”

Thank you very much for these interesting insights of Ashbury Heights.