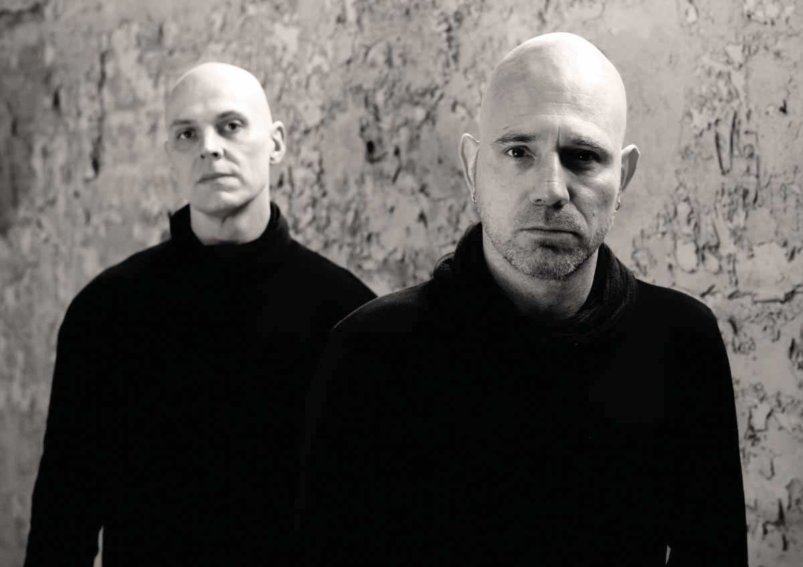 Read about the latest De/Vision release ‘Citybeats’, a spontaneous and fictional DJ set, Bitcoins, KISS and an unfulfilled dream with the legend David Bowie.

I was very surprised as I’ve read that you are working on the next album only 1 year after the last awesome album ’13’. What drives you to this creative top performance?

Thomas:  “I’m willing to admit that releasing a new album only two years after the previous one, is a good performance and it’s rather unusual but I honestly doubt that it’s a top performance.

After all we are full-time musicians, we don’t have regular jobs…writing songs is our job…sure, here and there we play a live show but I think you would agree that writing songs is the main function of a band. So, yes it’s true, we wrote and recorded 13 songs in two years but that’s not really an outstanding achievement…imagine how many breads a baker can bake over a two-year period…

However, I guess there was nothing else to do at the time, so we started to work on a new album.”

I already reviewed the album, but what can your fans expect from the new ‘Citybeats’ album in your own words? Is there any particular change in the current production or do you rely on classic formulas?

Thomas: “First of all I’d like to emphasize the quality of the whole production. CITYBEATS is fantastically produced, the sound is simply phenomenal. Once again our producers Ken and Stan did an outstanding job, they can’t be praised highly enough…

Like most of our records, CITYBEATS is a very diverse album. Each song creates a unique atmosphere. CITYBEATS is an adventure playground for those who take delight in exploring fascinating and complex soundscapes. It’s the land of milk and honey for those who wish to feast on great song-writing, deep lyrics and catchy, playful melodies.

That’s how I would describe the new album…”

What did you attach the most importance to in the current album production?

Thomas: “I guess the most important thing, not only in the current production but in general, is to make sure that an album doesn’t sound trivial.”

What is the focus in your creative process: Music or lyrics first?

Thomas: “Naturally the focus is on the music. First of all we’re musicians not authors. Let me put it this way: A DE/VISION song is like a house, the music is not only the foundation of the house, it also represents the walls and interior design.

The lyrics are the roof of this house. A roof would be useless without a solid foundation to rest upon. Care has to be taken that the roof corresponds to the house, don’t ever put a round roof on top of a square-shaped house.”

Thomas: “Yes I can, my imagination knows no limits, you know…given that we still have an audience in 20 years from now, why not?”

What are your personal favourite tracks on the album and why?

Thomas: “I think they’re all great that’s why it’s very difficult to answer that question. Each one of the songs is unique.”

However, right now my favourite tracks are:

My personal overall favourite track of De/Vision is ‘I Regret’. What’s yours and why?

Thomas: “The previous question was difficult to answer but this one is impossible to answer, at least for me. During our career we wrote countless songs…not all of them were fantastic but some, most of them were pretty good and quite a few were even outstanding in my opinion.

I can’t say which one my favourite DE/VISION song is…it seems unfair to favour one great song over another…I guess we wrote too many songs who are on the same high level, that’s why I can’t decide…I know you didn’t ask for it but If you asked for my favourite album, that would be easy to answer…”13″ (including the bonus tracks) is my favourite DE/VISION album so far…in my opinion it’s almost perfect. I noticed that “13” was album of the year 2016 at ELECTROZOMBIES, which is a great honor and perfectly underlines what I just said…”

Imagine the following setting: “The DJ in your favourite club must urgently leave shortly and ask you to represent him”. How does your spontaneous DJ set look like (List maximum 10 tracks)?

What is the most valuable (limited edition) album in your collection?

Thomas: “I don’t have any rare or even valuable stuff but the music I own is very dear to me and has some kind of sentimental value.”

What are your favourite, latest band/artist discovery that you also would recommend to Electrozombies and its visitors?

Thomas: “No matter how hard I try, I can’t think of any band/artist I discovered lately…I know it sounds funny but I’m not up to date when it comes to bands and music… I’ll talk about that further below…sorry, next question please…”

Which band or artist would you like to record a song together?

Thomas: “There are so many bands/artists I respect and admire, the list is endless…although I know that this is nothing but an idle dream I always had the feeling that the combination of DE/VISION’S music and the voice of David Bowie (I know he passed away, but anyway…), Peter Murphy or Annie Lennox would be quite interesting.”

What important life wisdom would you give yourself 20 years ago?

Thomas: “Spend all your money on Bitcoins!”

Which bands/artists was your musical idols as a kid?

Thomas: “The first band I absolutely adored was KISS, I’m a fan of their music since I can remember… it was not only their music, everything about the band was fascinating…their whole look, the costumes and makeup, their live performance…back then I collected everything about them: magazine articles, interviews, posters. KISS is still one of my all time favourite bands…”

Do you listen to music rather casually or consciously, possibly connected with a ritual?

Thomas: “It depends, sometimes, if circumstances permit, I listen carefully and try to focus on the details, especially when listening to a song or album for the very first time…but very often I listen to music without paying that much attention.”

What media do you use to stay musically up to date?

Thomas: “To be honest, I’m not up to date at all…to be exact, I’m completely behind time… every now and then I visit one of the many webzines…rather rarely than regularly I must admit.

The medium I mostly use in order to stay up to date is the radio. I listen to the radio quite often. There are countless radio stations available on the internet which provide an infinite supply of music from all genres. No matter what you’re looking for, you can be sure it’s out there somewhere…the radio is great for finding new music.

However, like I said before, I’m absolutely not up to date…I guess I’ve become a little bit lazy lately… 30 years ago I was hungry for any new material of one of my favourite bands, I trembled with excitement and counted the days and hours ’til the day of release…and I was always in search of new, interesting music…

That changed a bit, I’m not that hungry anymore…I often get asked: “How do you like the new release of…”, whoever. Usually I’m completely surprised: “Oh, they released another album? I had no idea…”, even if it’s a band I really like.

Don’t get me wrong, I’m still very much interested in music, I listen to music almost every day but I’m not looking for new stuff all the time…not anymore…nowadays I discover music by accident, every once in a while I stumble upon a great new artist and that’s all right with me…”

Do you have some kind words to Electrozombies for our testimonials section ‘People who spread love’?

Thomas: “Undoubtedly ELECTROZOMBIES is one of the most exquisite webzines on electronic music. You guys are doing a great job. Keep it up!”

Do you have some last words to our visitors?

Thomas: “Hello everybody, check out our new release “CITYBEATS“. If you like Synth Pop, you’re gonna love it…and no, I’m not blowing my own trumpet, the people at ELECTROZOMBIES say it’s a great album and you all know, you can always trust your favourite webzine, right?”

Thank you very much for the first interview on Electrozombies.