Boy George’s 1970s Save Me From Suburbia 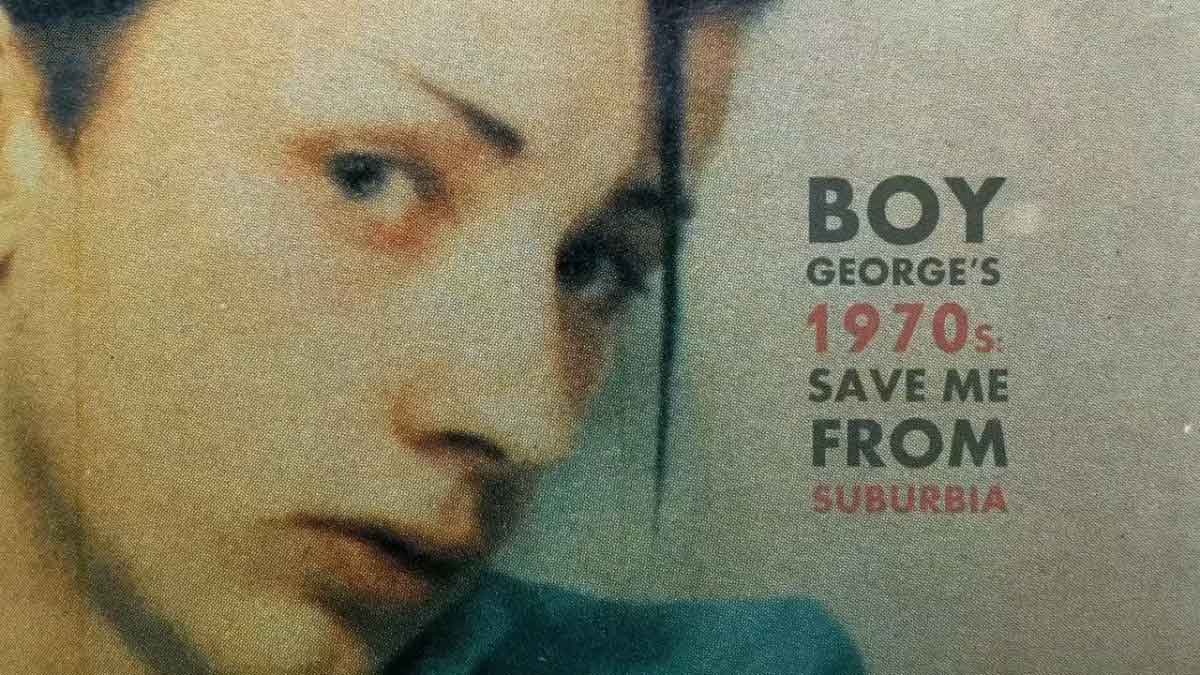 British pop star Boy George recalls, revisits and assesses how the 1970’s moulded the person and artist he has become. This is his musical, social and sexual coming of age, when he discovered the power of his own sexuality before setting about turning that persona into a popstar. Set against a backdrop of social discord, disenfranchisement and sexual repression, the seventies was also conversely the decade that revelled in colour and creative chaos, giving the world glam rock, disco and punk, and the young George O’Dowd was at the birth of them all. The documentary includes contributions from contemporaries like Martin Degville (Sigue Sigue Sputnik), Andy Polaris (Animal Nightlife), DJ Princess Julia and popstar Marilyn. This is, as George said, ‘the last ever bonkers decade’, and it totally and completely shaped him.

Boy George says: ‘I think of the 70’s as being this glorious decade where I discovered who I was and discovered all these amazing things – punk rock, electro music, fashion, all of that. And yeah of course there was that dark side to the 70’s, the rubbish, the strikes, the poverty, and I’d get chased and confronted for the way I looked. But I was a teenager. I didn’t have any time for misery. I was just having a great time with my friends!’.

Discovering new music is tough in today’s overcrowded digital climate. What more can I say but thank you to Electrozombies for all the love, support and kind words, and for helping me to discover some really cool new music that I wouldn’t have been able to find without them.