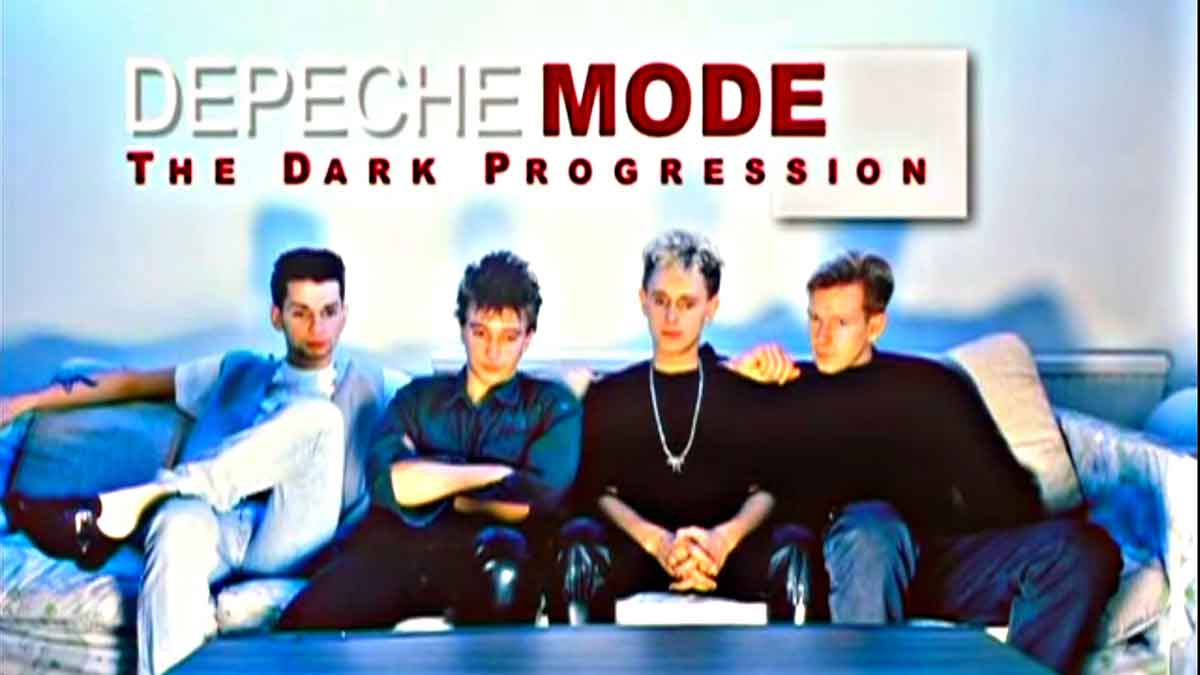 With a career spanning more than 30 years, masters of the synth and sequencer, Depeche Mode are considered one of the original innovators of the 80s electronic sound, taking the technology and music to new and exciting heights. A career retrospective of one of the most successful electronic bands in music history, with over 100 million albums sold worldwide, The Dark Progression is an in-depth look behind four of the band’s most influential recordings: Black Celebration, Music For The Masses, Violator and Songs of Faith and Devotion.

Formed in Basildon, Essex in 1980, Depeche Mode recognized the true potential of cutting-edge developments in synthesized sound, blending deep dark vocals with bold dynamic melodies, pioneering a sound and defining an era of music. From the early days of New Romanticism to the worldwide smash Violator – featuring hit singles ‘Personal Jesus’ and ‘Enjoy The Silence’ their popularity and reputation as electronic innovators is next to none.

Featuring rare archival performance footage, clips and interviews with band members, key associates and contemporaries such as Gary Numan, Thomas Dolby, OMD, producers Gareth Jones & Phil Legg and biographer Jonathan Miller, The Dark Progression is an illuminating glimpse into one of the most electrifying outfits in music today.