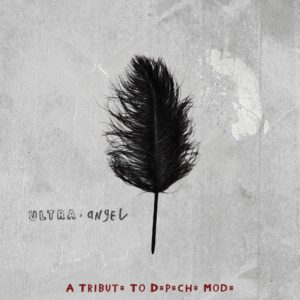 The most unique tribute

The concept behind this compilation was to make a tribute album that is outstanding on the world of the sheer endless Depeche Mode tributes. Of course we also love the old classics, but we wanted to have a more unique tribute compilation. We’re tired of listening to the ten thousandth cover version of ‘Enjoy The Silence’ or ‘Never Let Me Down Again’. There’s nothing new you can expect.

That’s why we decided to choose selected songs from the era without Alan Wilder in the band lineup. We think every single album from Depeche Mode is absolutely brilliant. Here we want to present the ‘less popular’ cover songs from devotees with passion to you.

What can you expect?

As I already mentioned all tracks are simply breathtaking good. Here I want to focus to some really new interpreted cover versions. You know the heart-melting ballad ‘Shine‘ from the ‘Exciter’? My good friend John von Ahlen of ‘Parralox‘ made a super fantastic uptempo disco track out of it. A brilliant twist!

‘Junksista‘ do it the opposite way. They created an emotional and dreamy ballad from the dance floor classic ‘Martyr‘. The French Electropop band ‘Celluloide‘ comes with another great idea around the corner. They present their version of ‘Precious‘ in a quiet unexpected way by switching the lyrics into french.

Did you ever ask yourself how would the song ‘Lilian‘ sound if it was a Futurepop track? Well, here you have the chance to listen to the great version from the Greek Futurepop band ‘Technolorgy‘. These are just some examples of the wide variety of this tribute.

The tribute compilation will be released worldwide July 10th, 2017. In the first wave it will be available on the major digital channels iTunes, Amazon MP3 and Google Music. Support us by buying this tribute and enjoy all new interpretations on ‘Ultra > Angel’.

We had so much marvelous cover entries that we had to split up the first concept of the tribute compilation. Overall we had 26 (!) awesome songs. That was too much for just one tribute. The result would be that one artist would steal the show of the other one. And maybe some good songs would drown in mass.

A second part with 14 tracks from the era 2009 – 2017 will follow soon. Be prepared for another phenomenal Depeche Mode tribute compilation. Keep an eye on Electrozombies. This is a good time to subscribe to our newsletter (See footer section at the bottom of the page) to be informed as soon as possible.

Get ‘Ultra > Angel (A Tribute To Depeche Mode)’ here