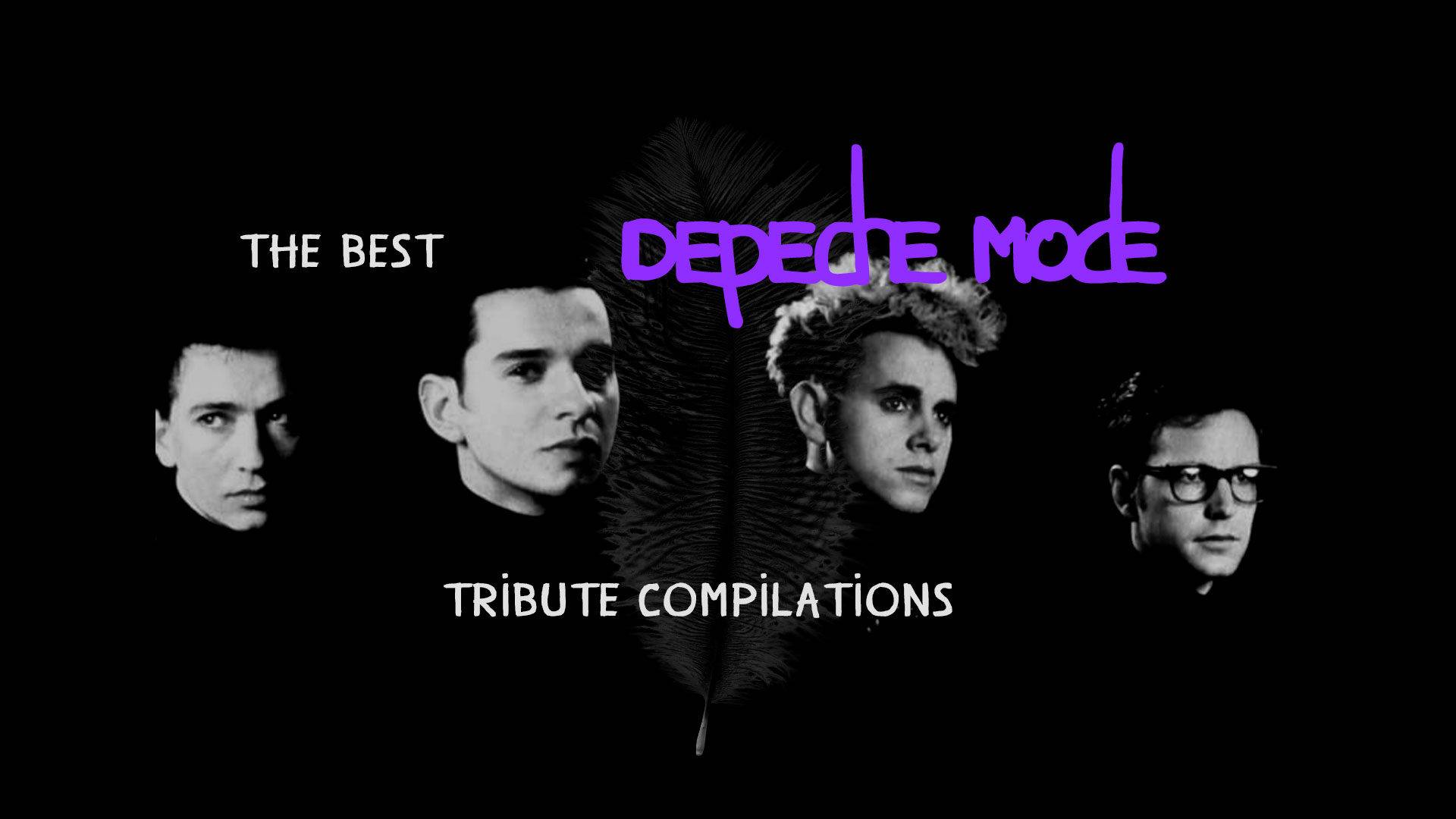 How my addiction started

My passion for these tribute compilations started early in the 90s. When I was a student, one of my classmates noticed that I was a big Depeche Mode fan and brought me a CD that he didn’t need anymore. It was the remix bootleg “DJs Revenge“. I had never seen this before in a regular CD store and never heard of this release. When I asked him where he got this CD, he replied: “I bought it at a CD fair in Düsseldorf”. At this time I also did not know what a CD fair is. I also don’t know if this is a typical German thing. Basically it is a big flea market exclusively for music (CDs, Vinyls, Merchandise and other rare Limited Editions or Collector Editions).

After some research, I finally found a date for such a CD fair in Düsseldorf. You even had to pay admission, which hurt me financially because I had very little money in my account during my apprenticeship. But what I saw then made my music fan heart beat faster. I was suddenly standing in a large hall with only music stands. I still can remember that I had about 100 DM (around 50€) in my wallet. At the first stand where I saw a big box with the letters “DEPECHE MODE”, a new world opened up for me. So many remix bootlegs and tribute compilations in one place, it felt like I had discovered a treasure.

I would have loved to buy them all, but unfortunately with my budget I had to limit myself. My buddy didn’t want to buy anything. So he lent me his cash, which was about the same amount as I had with me. Now I just had to decide which CDs I would buy, because I also found a lot of Depeche Mode CDs at several other booths. I got rid of the money without any trouble and that sparked a kind of addiction in me. For the next few years, I had to get rid of thousands of euros (German Marks at that time) at CD fairs. To this day, I still own these CDs and I am really proud to have some rare copies in my CD collection.

The best Depeche Mode tribute compilations in no particular order

We Love Depeche – A Lounge Tribute to Depeche Mode

This is the perfect tribute for a romantic candle light dinner or chilling in front of the fireplace with a good glass of whiskey and a cigar. You listen rather casually to the soft sounds of various Depeche Mode classics, wonderfully interpreted by warm female voices.

Listen to ‘We Love Depeche’ now

The label ‘Alter Ego’ pursues with the tribute compilation ‘Mode Of Obscurity’ the same way as we do. To have unusual cover versions of a well-known band realised by young bands in order to introduce and promote them to a larger audience. This South African tribute is an excellent success. And with 20 songs, the CD is full to the brim and definitely not a bad buy.

For The Masses: A Tribute To Depeche Mode

‘For The Masses’ is indeed an exceptional compilation, because it’s not just smaller bands that pay tribute to the boys from Basildon. Great names like Smashing Pumpkins, The Cure, Rammstein, Deftones and Monster Magnet join smaller niche bands of the time in a colourful mix of various musical genres. This is a larger production that can actually still be found in regular stores from time to time. 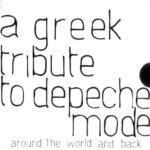 A Greek Tribute To Depeche Mode

As the title suggests, this 2005 compilation comes from beautiful Greece. I must honestly admit that I don’t know a single band except for ‘Marsheaux’. But that’s not a judgement of quality, because all the cover versions have their own style and offer a new perspective on the beloved Depeche Mode songs. The first edition of the release came in a beautiful box. Besides the CD, the box contains 17 individually designed postcards for each song. A must-have for music collectors!

Listen to ‘A Greek Tribute To Depeche Mode’ now 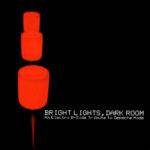 The Depeche Mode tribute compilation ‘Bright Lights, Dark Rooms’ is probably the nerdiest release in this list. Here, bands dedicate themselves to the multitude of first-class B-sides from the last 25 years of Depeche Mode. At least for the most part, because there are also a few regular album tracks on the massive 35 track compilation, such as ‘Rush’, ‘Fly On The Windscreen’, ‘Higher Love’ or ‘A Question Of Lust’. However, this is definitely a release worth listening to, because some of the songs are turned inside out and are thus presented in a completely new light.

Your World In Our Eyes

‘Your World In Our Eyes’ is a small, Swedish compilation from 1997. Musically there is nothing super fancy on here, you get what you see. Finest Synth Pop that sounds typical of the late 90s. So what makes this tribute so special? For me personally, it was the sonic update of the 80s Depeche Mode songs in a fresh sound. These are still worth a listen today.

Listen to ‘Your World In Our Eyes’ now 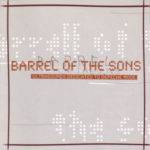 Barrel Of The Sons – Ultrasounds Dedicated To Depeche Mode

The album ‘Ultra’ is my absolute favourite Depeche Mode album and that’s why the ‘Ultra’ cover compilation ‘Barrel Of The Sons’, which was released shortly after, also belongs on this list. This release spreads ultra cool vibes. I was particularly impressed by the version of ‘The Love Thieves’.

Listen to ‘Barrel Of The Sons’ now 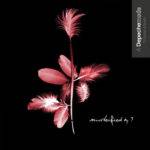 MODEified was a tribute compilation series made by fans and artists with a lot of love and passion. The compilations were available for free download on the MODEified website. Unfortunately, Volume 7 from 2008 is the last release and the website has also been offline for a long time. The quality of the Depeche Mode cover versions on this series was always very mixed, but I always found that these imperfect versions always had a special charm. What counts here is not perfection, but great ideas and devotion to the musical heroes.

Complete dedication – When a cover version is not enough

Here is a little bonus part. It’s about two bands that have dedicated an entire album (or several) to their favourite band Depeche Mode.

I discovered the tribute album ‘Diesel Mode’ by ‘Diesel Christ’ by chance in an electronics shop. As a DM fan, the eye-catching cover artwork immediately appealed to me and I bought it without hesitation. It’s a great piece of work that I can only recommend to everyone. The track ‘Do Androids Dream Of Electric Sheep?’ is not a Depeche Mode cover, but one of the band’s own songs. They probably wanted to promote their own album ‘Gas Food Lodging‘, which was released shortly afterwards. Which worked for me, because this is also a recommendable Synth Pop album and a hard copy is in my CD collection. 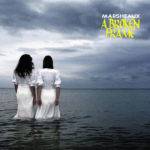 The Synth Pop duo ‘Marsheaux’ have given Depeche Mode’s debut album, 35 years after its release, a complete makeover. I love this tribute album! Every track sounds modern and familiar at the same time. In addition to the tribute album, the track ‘Monument‘ was released as a single including a music video. At this point, I would like to clearly point out that the album and the single are a must-buy.

Listen to ‘A Broken Frame’ now

To honour the band, we have released two tribute compilations in 2017. If you might have missed them, go and check them out now: