Home
Magazine
Article
What is the best De/Vision album ever?

What is the best De/Vision album ever? 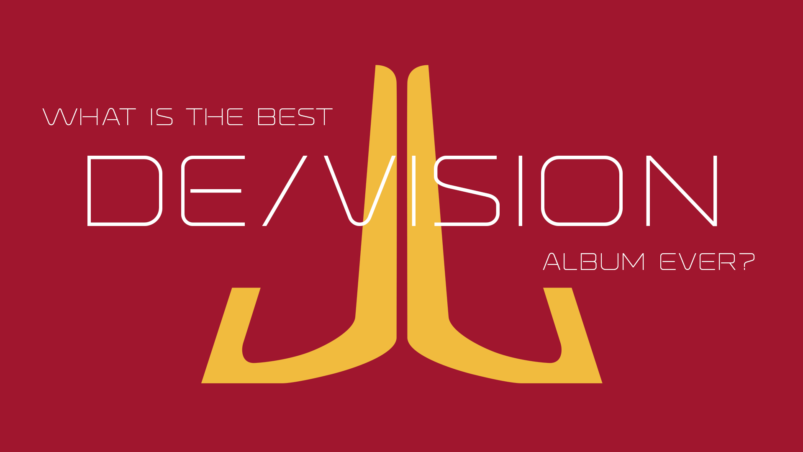 To find out which is the best De/Vision album, I did the work and rated every single album track by track. I summarized the result in a ranking taht you can find here. At the end of the article, the values are again clearly arranged, shown chronologically in a curve graph. Furthermore you can check the in-depth rating of each song by clicking the “Track by Track rating” accordion tabs.

The creative output of De/Vision is enormous and can’t be compared to almost any other band in the Synth Pop scene. Of course not every track can be a hit by this workload, but De/Vision have an above average number of fantastic songs. The band has produced 14 studio albums in only 25 years. It took Depeche Mode almost 40 years for the same amount! Many thousand thanks to Steffen Keth and Thomas Adam for that. 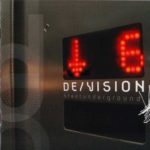 Let’s be honest, ‘Six Feet Underground’ is an album of mediocrity. Only two of the 12 tracks are really good, the rest is okay. Definitely an album that never really moved me. 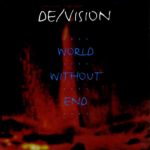 Release: 1994
Overall Rating: 3.4 ★★★☆☆
Great tracks: Dinner Without Grace, Your Hands On My Skin, Try To Forget
Weak tracks: The Day Before Yesterday

For a debut album ‘World Without End’ is a really fantastic album. The technical quality of sound and creativity that is delivered on this debut album is something that some bands, after years of experience, still want to reach for. It is especially remarkable that the album still sounds contemporary despite the many years that have passed. 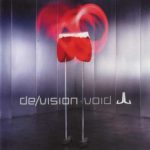 I know that a lot of fans love the album ‘Void’ and want to stone me for this position. But wait! Even if the album occupies one of the lower ranks, it’s not a bad record. In general, all placements are made from here, does not say anything about the great quality of De/Vision’s albums. Up to the top position we are talking about nuances and especially about my personal taste. 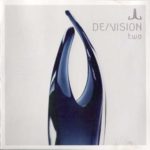 An album that I listened to when it was released and then it disappeared for a long time in the CD shelf. This is another album where you can say that everything is alright. There are no bad dropouts or tracks that you want to skip. But it is the same with the positive impressions. There are also no highlights on the album. It drifts along and does not hurt anybody. In conclusion: A great album, but at no time I can really get enthusiastic about it. 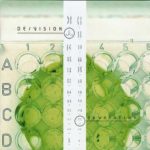 With an average rating of fabulous 3.75 stars, ‘Devolution’ is only one star away from the pole position. A great album that already has more 4 star tracks than its predecessor ‘Two’. Okay, also here we can’t find any song that is really super impressive or would ever be played in a club. Although, maybe at a De/Vision party. Well, I’m up for it!

What? ‘Fairyland?’ on this placement? Now I’m screwed! At least by a lot of die-hard De/Vision fans. But before a shitstorm erupts, let me explain. The album is an unbelievable amazing album and feels like it deserves a higher position. Unfortunately, the two instrumental tracks prevented a higher positioning. Without the instrumental tracks, which really bore me, the album would have an overall score of a respectable 4.1 stars. There are even some of my all-time favourites on this album, like the super-fantastic ‘I Regret’. I kneel down in awe.

Personally I think with the longplayer ‘Subkutan’, ‘De/Vision’ have managed to leave the mediocre albums of the early 2000s behind them. The feeling to finally listen to a ‘De/Vision’ album again, which sounds fresh and varied and on the other hand continues the success of the 90s. Allow me to use the analogy: “Like a phoenix from the ashes, a new age for De/Vision is dawning”. At least that’s how it felt to me and fortunately that’s still the case until today. 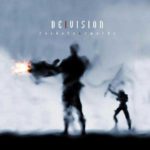 In the year 2012, in which Nostradamus once again prophesied an end of the world, the almost matching album with the title ‘Rockets + Swords’ was released. The first Single was the fantastic, melancholic ballad ‘Brotherhood Of Man‘, which De/Vision fans and I celebrated. A courageous decision which was rewarded with excellent reviews. 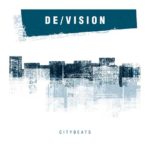 I can remember when De/Vision told me that the next album is called ‘Citybeats’ I was a bit scared, I admit. I immediately thought of mainstream pop hits and the main thing was to adjust everything for radioplayability. Fortunately only the title of the album led me astray. The album is as usual a great Synth Pop opus, with great lyrics and again a lot of interesting sounding synths. Read our album review here. 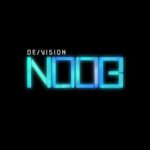 Release: 2007
Overall Rating: 4.15 ★★★★☆
Great tracks: What You Deserve, Obsolete, Life Is Suffering, Death Of Me, Flavour Of The Week, What It Feels Like
Weak tracks: (None)

Simply incredible! Only De/Vision can do that. Already 1 year after the excellent album ‘Subkutan’ the band releases the next strong album ‘Noob’. And that without any limitations in quality or creativity. The album is packed with 13 tracks of great Synth Pop anthems beyond compare.

Release: 1998
Overall Rating: 4.38 ★★★★☆
Great tracks: God Is Blind, We Fly… Tonight, We Might Be One For A Day, Strange Affection, Deliver Me, Hear Me Calling, Back In My Life, Heart Of Stone, New Drug
Weak tracks: God Willing

If Electrozombies had already existed in 1998, the album ‘Monosex’ would have been the ‘album of the year‘. The record played in a continuous loop and I still adore this album even today. I think at the time of the release De/Vision was even more important to me than Depeche Mode. And that means something! The album ‘Monosex’ is also part of the article ‘20 Synth Pop milestones and collection must-haves‘. 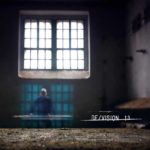 What do you usually call your thirteenth studio album? ’13’, of course. At least that’s what De/Vision does. What should I say here about this almost perfect album? We have written a detailed review of this album which you can read here. 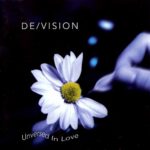 First of all I have to say that I am as proud as fuck, because I am the owner of the limited edition version of ‘Unversed In Love’. Cha-Ching! I didn’t buy it on any auction platform, no, I bought it regularly in a CD shop. The older generation will surely remember these kind of shops. For the younger ones: I know it might sound crazy to you, but in the past exists shops that only sell music and it’s merchandise (Please don’t take my ironic behaviour too seriously).

‘Unversed In Love’ is an epic Synth Pop album and that’s exactly how it starts – EPIC! It’s probably a stupid wish, but for a ‘Unversed In Love 2’ I would sell my black soul. But maybe the guys will dust off the synthesizers used back then and rediscover them for a few new songs (as a silent wish). 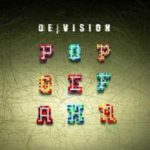 And the winner is: Popgefahr! When I started the article and set up the tables with the scores, I naturally speculated which album would win. I felt somewhere between ‘Unversed In Love’, ‘Monosex’ and ‘Fairyland?’. I was surprised that it would end up being ‘Popgefahr’. But if you go through it track by track, you notice that the album has almost no flaws and every song is exciting.

What did I celebrate the homage of Depeche Mode’s ‘It’s No Good’ (and other hidden easter-eggs taken from the Anton Corbijn portfolio) in the official music video ‘Rage‘. The only wish I would have had at that time would have been a Single and music video for ‘mAndroids’. A track that I would play on every DJ set. Thanks for this wonderful album.

All De/Vision albums in a chart overview