A flashback to New Beat

A revolutionary genre between the 80s and 90s 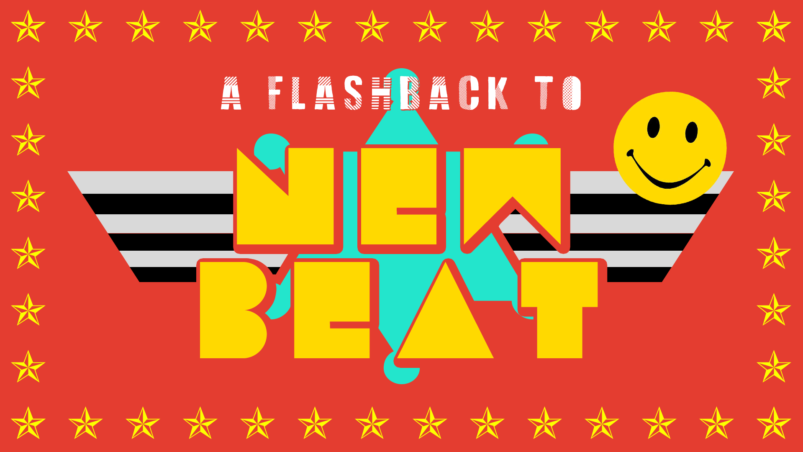 Before Techno and Eurodance was New Beat

The 80s were particularly multifaceted in one musical aspect. The synthesizers, which were becoming more and more affordable, allowed many artists to experiment with music. As a result, the most diverse music genres developed in a short time. Among others New Beat or also Acid House. I can imagine how all the haters want to tear the list apart with phrases like “This is not a New Beat you fool” or “This track has nothing to do with Acid House”. However, it has to be said that the transitions between these two genres, without any technical gimmickry, are very fluent and almost seamless.

A definition of New Beat

Wikipedia to New Beat: “New Beat is a style of Belgian underground music and subculture that fused techno and acid genres that flourished in Western Europe during the late-1980s. It is a type of electronic dance music and electronic body music that was played at a slower speed and influenced the evolution of industrial dance music.”. Read the full Wikipedia article to New Beat.

Wikipedia to Acid House: “Acid House (also simply known as just “acid”) is a subgenre of house music developed around the mid-1980s by DJs from Chicago. The style was defined primarily by the “squelching” sounds and deep basslines of the Roland TB-303 electronic bass synthesizer-sequencer. Acid House spread to the United Kingdom and continental Europe, where it was played by DJs in the Acid House and later rave scenes. By the late 1980s, Acid House had moved into the British mainstream, where it had some influence on pop and dance styles.”. Read the full Wikipedia article to Acid House.

My personal past with New Beat music

I came into contact with electronic music at an early age. At that time I always moved somewhere between Kraftwerk, Depeche Mode and The Cure. But especially as a teenager you’re not really musically established yet and of course you’re quickly musically impressed and influenced by new impressions. So it happened that from the mid 80s to the early 90s electronic music with cool samples and new sonic mixes of the genres fascinated me. And I’m not ashamed to say that I also bought some Singles and Maxis of the music videos listed below.

The older visitors might know some tracks from the list, at least I hope so. The younger ones get lessons in the “cool scene” of club music of that time. Even if I liked some tracks, I never belonged to this scene. Therefore the songs were never dark and serious enough for me. But it was new and so different and for a short time it feels like the future of music.

Official music video ‘House Arrest’ performed by ‘Krush’ released on the Single ‘House Arrest (The Beat Is The Law)’ (1987).

Official music video ‘Hmm Hmm’ performed by ‘Taste Of Sugar’ taken from the album ‘Tuut..!’ (1989). This track was also part on the compilation ‘Belgian Dance Classix 2’.

Official music video ‘The Sound Of C’ performed by ‘Confettis’ taken from the album ’92…Our First Album’ (1989).

Official music video ‘Beat Dis’ by ‘Bomb The Bass’ taken from the album ‘Into The Dragon’ (1988). Side note: This is my first self bought Vinyl Single.

Official music video ‘The Race’ performed by ‘Yello’ taken from the album ‘Flag’ (1988). I guess, this is the most famous track in this list, right? Otherwise let me know in the comments.

16. Technotronic – Pump Up The Jam

Official music video ‘Where Are You’ performed by ’16BIT’ taken from the album ‘Inaxycvgtgb’ (1987).

The path for Techno and Eurodance is paved

The early 90s was the end of New Beat and Acid House. The electronic music of the 90s was overtaken and dominated by Techno and Eurodance. I also think that the 90s was a dark decade for dark Synth Pop and Dark Wave. It degenerated more into a fun society where serious issues played a minor role. There are many reasons for this. Probably the opening of the East, the German reunification, the rejection of the ‘No Future’ movement of the 80s and many more. But to philosophize about this would go beyond the scope of this article.

If you were inspired by this article and know also some New Beat or Acid House songs that I don’t mentioned here, let us know and use comment section below or get in touch with us via E-Mail!

Do you would like to see a similar article about another genre? Same here, just get in touch with us.

The whole playlist ‘A flashback to New Beat‘ is also available on the official ‘Electrozombies TV’ YouTube channel. Subscribe and watch now!