Home
Music
Radar
System Syn – If It Doesn’t Break You

System Syn – If It Doesn’t Break You 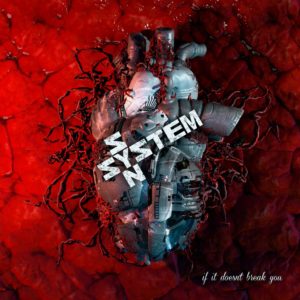 Clint Carney sent me his new remix album “If It Doesn’t Break You” at the beginning of February, just to give it a listen. I’m not a big fan of remix albums per se. But Clint Carney made me curious with the words: “[…] It’s got remixes by Aesthetic Perfection, Assemblage 23, God Module, Imperative Reaction, and more, plus covers of “Someday” by the Strokes, “Common People” by Pulp, and a brand new original track too. Anyway, if you have a chance to check it out sometime, I’vd love to hear what you think. […]”. Of course, I was very interested in the new track and the two cover versions. Admittedly, also a little bit the top-class remix versions of Aesthetic Perfection, Imperative Reaction and Assemblage 23. And since I was allowed to review the extremely fantastic album ‘Once Upon A Second Act‘ last year and I really loved it, I thought, c’ mon give this thing a shot.

A remix album made with passion

The album broken down in a nutshell. The remix versions are all consistently bombastic. You know the songs and yet you discover them in a new way. The beautiful thing is that the remixes really sound fresh and have not simply been shredded beyond recognition. Only the track ‘Weightless (Saucerdrum Remix)’ didn’t convince me at all, but I didn’t find it that strong on the album ‘Once Upon A Second Act’ either.

The first few tones of ‘I Don’t Belong Here’ reminds me strongly to the track ‘The Perfect Drug‘ by ‘Nine Inch Nails’, just a little slower. But than it turns quickly to a wonderful ballad, that melts your heart. And even if it sounds totally crazy, Clint’s vocals are unique and beautiful, but for the first time I can comparably hear the voice of Peter Heppner (Wolfsheim) on this track. Soothing and soft with super clearly sung lyrics. I just want to note: This track is far away from being a b-side!

Both cover versions are perfectly realised with enough originality. I personally like the cover version of ‘Common People’ from ‘Pulp’ best. Again, my brain is playing tricks on me. I was absolutely convinced that the original was from the 80s. But no, ‘Common People’ by ‘Pulp’ was released in 1995. Please one of you tell me that it’s the same for you or am I going insane?

In the final analysis, the remix album “If It Doesn’t Break You” is a must-buy for every ‘System Syn’ fan anyway. But also for all those who, like me, are not usually into remix albums, should give this one a listen. Clint Carney didn’t just have remixes produced by other bands, he also did it himself and that makes the album special. 100% recommendable.

Tracklist of “If It Doesn’t Break You’

Listen now to ‘If It Doesn’t Break You’