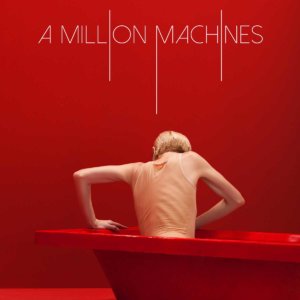 ‘A Million Machines’ career began already in 2013 (Silverlake, CA) with producer/multi-instrumentalist MIG (The New Room) and singer Fate Fatal (of Gothic band, The Deep Eynde). Their first full-length album was scheduled for release in Winter of 2016. Now the production took a bit longer and this is good with the result.

The opener ‘Synthetic Eyes’ offers the listener on what they can prepare themselves. Pure electronic music with a touch of 80s nostalgia. If you like the first song, then I’m sure you’ll love the album just as I already do.

The second song ‘Undivided’ is a winner! Ideally suited as the single because the song is beautiful catchy. In the upper mid-tempo range the track is a perfect Synth Pop hit. Light-footed, yet very complex, it unfolds almost a spiritual energy.

Something between Post-Punk and New Order

With a typical ‘New Order‘ sound starts the fourth number called ‘My Criminal Mind’. Classical claps samples, analogue SciFi effects and an uptempo beat that force you to dance are the features of this brilliant song.

‘The Ritual’ is more of a futuristic song from the late 70s. Really warm synths and organs accompany the song in a rather melancholic basic mood. Imagine ‘Johnny Cash‘ would have started his music with synthesizers. This is what it could sound like.

Much more Electrorock influences can be found in the track ‘Tech Support’. At this point, you realize how incredibly versatile the band is and from which different genres, the two gentlemen can operate effortlessly. Surely this is a song that will make the dance floor quake and the scene creatures will sweat.

The golden age of Synth Pop

“The seventh song on an album is always the best!”, at least so it was called in my youth. In this case, you can get very close to this legend, as especially the beginning strongly reminiscent of the sound of the early years of ‘Depeche Mode‘. This in turn is for me a quality feature that I like to love. However, ‘Absence Without Leave’ is self-sufficient enough not to be considered as a clone.

‘Ceremony’ is also a strong Synth Pop track with no significant weaknesses. Beautiful analog synth effects in a classic setting to a harmonically sounding voice.

The song ‘Ultraflesh’ presents itself in a lyrically explicit and sound-technically modern way. The beat of the song felt more anchored in the 90s. The song has a certain snot factor that comes into the light, especially with the bridge ‘Don’t be a motherfucker …’.

An absolutely awesome debut album. With much joy and growing enthusiasm I’ve listen this album. ‘A Million Machines’ is the best proof that Synth Pop is not dead. I can only strongly recommend anyone to buy this album on the spot. You won’t regret it. I promise!

A free sample of the ‘A Million Machines’ song ‘Undivided’ is available on the current Electrozombies compilation ‘Undead And Open-Minded: Volume 3‘. So just listen, trust Electrozombies and support the band with a purchase! 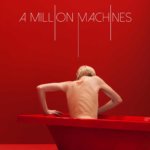