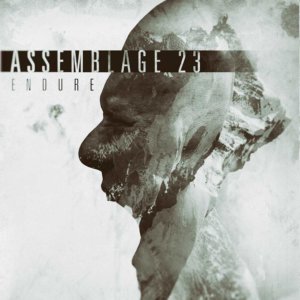 I'm abso­lutely impressed and con­vinced by the latest out­put of 'Assemblage 23'. The album 'Endure' has everything that an almost per­fect Futurepop album need. It's catchy, sounds con­tem­por­ary, is super dance­able, and everything is covered in a dark veil. At the same time the sound has the typ­ic­al Ibiza Gothic* style. I really love this kind of combination.

This album is con­sist­ently just great! The only weak point that I want to check off here­with dir­ectly is the instru­ment­al intro track. Done, back to the pos­it­ive! The 3rd song 'Bravery' was the first song that keep in my mind. It has a famil­i­ar beat, but can't really point at what's equal to it. But the dir­ec­tion that 'Endure' presents at that point is promising.

And as I thought that song was already great, I was kicked by the next song 'Salt The Earth'. This track starts with a high energy loaded intro and has a great up-tempo beat. Somehow it reminds me like dan­cing in the disco to a clas­sic 'Beborn Beton' song in the 90s. You def­in­itely need to check out this song!

Further the last song 'December' get the highest pos­sible rat­ing as well. It's an awe­some track like the most on the album, but espe­cially here I love the chor­us of this song. It's so mel­an­chol­ic and beau­ti­ful at the same time.

A summary embedded in flowers

On the first pass I liked the album already. After 2–3 times of listen­ing, my favor­ites have already been crys­tal­lized. Here are all the songs, except the already dis­cussed instru­ment­al intro, abso­lute gren­ades. After I slept for a night and listen to again, I am over­come by the feel­ing that this album closes the fam­ous 'miss­ing link' I'm wait­ing for.

For me a def­in­ite must-have of the deluxe ver­sion that will be avail­able with 9 addi­tion­al songs. Among will be b‑sides and remix ver­sions of well-known artists like Neuroticfish, Solitary Experiments, Mr. Kitty, and more.

As final words I strongly recom­mend 'Endure' if you're into Futurepop. This album is an enhance­ment since the 4‑year old pre­curs­or 'Bruise' that already was an awe­some album. If you liked the pre­curs­or then this pur­chase is obligatory.

By the way, this album also made it into our art­icle ‘The best Synth Pop and genre-related albums 2016‘. Read now. 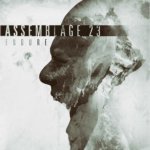 *Ibiza Gothic is a genre inven­tion by Vera. This is a descrip­tion of a spe­cial music style, when the music­al mood con­verse behaves to the lyr­ic­al con­tent. A good example is Apoptygma Berzerk's 'Suffer In Silence'. Here you have a dance­able beat that easiliy can be played in an Ibiza club, but the lyr­ic­al con­tent speaks a dif­fer­ent and almost mel­an­choly language.