Beyond Obsession – Revolution From Below 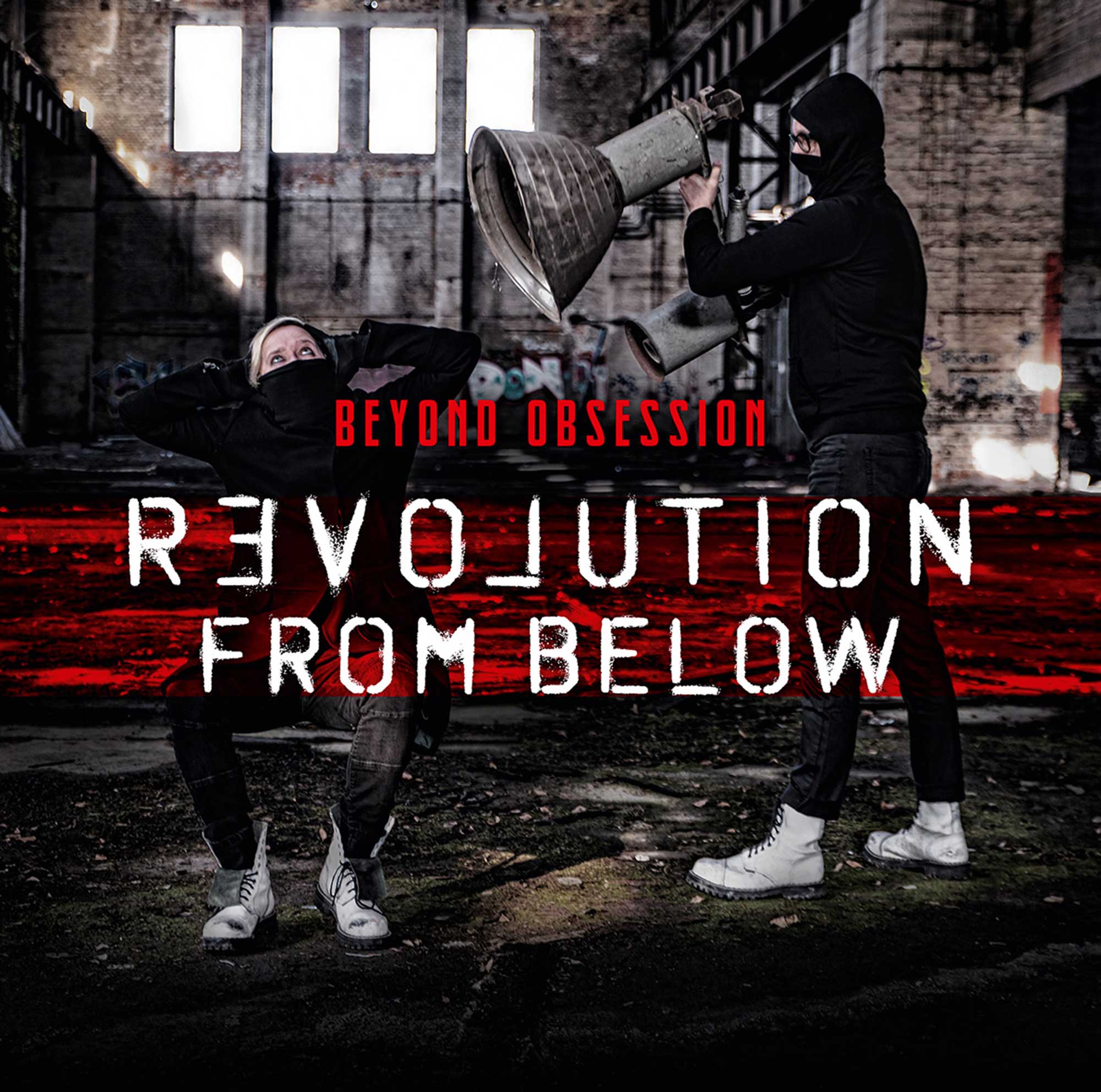 Home
Music
Review
Beyond Obsession – Revolution From Below 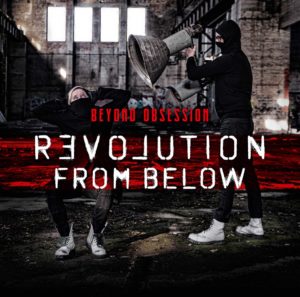 4 years after the self-release Moments Of Truth, Beyond Obsession are back with their new album ‘Revolution From Below’. The white boots appearing on the album cover seem to remind us that Beyond Obsession are still the same and yet different: On nine tracks, the three guys from Germany surprise us with a wide variation of experimental synthpop and classic 80’s elements, making every single song an intriguing piece of work. The lead singer’s voice seems to know no boundaries in heights and puts you into a beautiful melancholic mood.

The percussions in the beginning form a perfect introduction to the next 47 minutes to come. ‘Speaking of a devil’ quickly takes on a faster pace and I couldn’t help but rock along to the synth beats and the melodious background singing accompanying the chorus.

As the first song slowly fades out, ‘Monolog Love’ kind of wakes you up with a heavier synth beat. The verses being a bit more minimalistic and subtle do not take away the fact that this is a catchy song as well. The title of the song perfectly describes the melancholy of hiding in your own fantasy and being alone with your thoughts. The percussions in the bridge come as a surprise and give this song an interesting 80’s touch.

In contrast to the club mix released in 2019, the album version of ‘Revolution from below‘ seems to invite us to join in a silent and quiet revolution. Still, the heavy and slow beat as well as the beautiful piano chords in the bridge give this song a solemn and serious character. The echoing vocals virtuously underline the lyrics reminding us that “everyone” is playing a part in this revolution from below, one way or the other.

Love is just an illusion

‘Break Away’ starts off with a slow bass beat which unfolds into a beautiful synthpop ballad. Even though the song’s rhythm stays the same throughout the song, it is all the more interesting to figure out all the synth keyboard and vocal variations in the background accompanying the melancholic lyrics.

My mind twisted, this love existed
Lyrics from ‘Break Away’ by Beyond Obsession

Suddenly, we’re torn out of this mellow and dreamy atmosphere by the first sounds of ‘Pareidolia’. This song takes literally takes us down the rabbit hole into a bizarre synth horror show claiming that “we’re all mad here”.

You give me your chemical, we feel like an animal
Lyrics from ‘Pareidolia’ by Beyond Obsession

When listening to these lines, the background sounds actually reminded of the Pet Shop Boys, which gives the song yet another experimental twist.

‘Cry’ is also a synth pop ballad without any sound experiments, which is not a problem though. The lead singer’s soothing voice and the straightforward mid-tempo beats slow you down and calm you after the last song’s complexity.

‘Terrible Invention’ again seems to tear us out of this melancholic mood, starting off with darker keyboard elements which then unfold into a downtempo track. Even though the lyrics are not as varied as in the other songs and the beats felt a bit minimalistic compared to other songs on the album, I felt myself shoving along to the synth piano sounds.

Just when we have arrived again in a nice and comfortable synthpop bubble, the next surprise awaits us! With its playful synth elements and provocative lyrics, ‘Need Puppets’ takes us out of our comfort zone and toys with our imagination. I am pretty sure the audience on their concerts can’t help but move along to this stimulating piece of work.

Starting off with choral-like vocals, ‘Begging for mercy’ is, sadly, the last track of the album. The keyboard sounds in the beginning throw us straight back into the 80’s and with its romantic lyrics this song is yet another beautiful synth pop love song.

As soon as I put my headphones on to listen to the album, it was like entering a sound cloud. I am usually more into harder and faster beats but the guys from Beyond Obsession really flashed me. Although it would have been interesting to have a few more up-tempo tracks like on ‘Moments of Truth’, the album is perfect as it is with all its melodies and synth variations. So, give it a listen and “don’t shut the door” to Beyond Obsession! 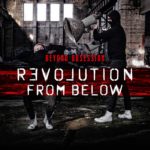