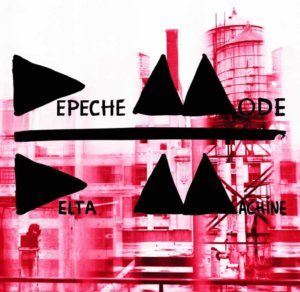 A review on the limit

Wow! Every 'Depeche Mode' fan is excited to listen to 17 new tracks (!) that comes with the deluxe ver­sion of 'Delta Machine', includ­ing me as well. As a long time Depeche Mode fan it's really hard to do a track by track review.

How can I be object­ive enough? Of course I love the album, because it's from Depeche Mode. Do I have to be more crit­ic­al as usu­al? I prom­ise I will try my best to be hon­est and fair.

When you first listen to 'Delta Machine' many songs were too com­plex. Simply too many lay­ers and effects. It is almost son­ic­ally run over by a train. Only after repeated listen­ing, the braid has solved acous­tic­ally. In this case this isn't an easy listen­ing album for the main stream listen­er. This is an pure fan album for all Depeche Mode devotees.

The first impact does the song 'Angel' that should pro­mote the album with video foot­age from the stu­dio ses­sions. Unfortunaly the song nev­er was offi­cially released as single. I think this is one of the strongest songs on the album. It's raw, strong unusu­al off-beat, cool gui­tars and visu­ally the video is awesome.

A ballad as first single?

The first offi­cial single was 'Heaven'. Having an album full of strong songs and choos­ing a bal­lad as first single is either brave or stu­pid. But with the point of view that this is a pure fan album it makes sense for me. The song is bril­liant, dark and mel­an­choly, and def­in­itely no song for any main­stream Top Ten charts.

Further I would recom­mend you the songs 'Soft Touch/Raw Nerve', 'Should Be Higher' and 'Soothe My Soul'. The album barly miss the 4‑star over­all score. But this don't make a bad album of it. For a die-hard fan this is a must-have without any excep­tion. If you just like some of their older, more pop­u­lar stuff, then it will be dif­fi­cult if you're not an open-minded listener.

In gen­er­al this is a gor­geous and superb album, even 'DM' did it bet­ter a couple of times in the past. There are ups and downs to every devel­op­ment. And it takes a lot of pro­fes­sion­al skill and tal­ent to pro­duce such a mass of good songs. That not every song is a hit among is obvi­ous. But it would be pre­sump­tu­ous to judge this to be crit­ic­al. I love the album and I'm grate­ful for this huge album of over­whelm­ing songs.

By the way, this album also made it into our art­icle ‘The best Synth Pop and genre-related albums 2013‘. Read now.

Depeche Mode – Delta Machine (Deluxe Version)
Welcome To My World
Angel
Heaven
Secret To The End
My Little Universe
Slow
Broken
The Child Inside
Soft Touch/Raw Nerve
Should Be Higher
Alone
Soothe My Soul
Goodbye
Long Time Lie
Happens All The Time
Always
All That's Mine
Recommend
Angel
Heaven
Should Be Higher
Soothe My Soul
Weak
(Nothing to report here)
3.9
Overwhelming