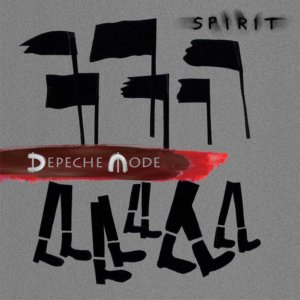 A revolutionary album, chased by the spirits of the past

We're always look­ing for­ward to new mater­i­al of 'Depeche Mode'. The four­teenth stu­dio album 'Spirit' was unfor­tu­nately torn to pieces in advance of so-called 'Devotees'. Especially after the release of the first single 'Where's The Revolution'.

We think it's a real pity and it makes us sad when we read opin­ions like these: "Hopefully the song Where's The Revolution is the weak­est song of the new album", "Since Alan Wilder is gone, the albums are just get­ting worse", "The best times of the band are finally over." or "There is no hit like Enjoy The Silence or Personal Jesus on this record".

Stop liv­ing in the past, because it's over for more than 25 years now! These people are just fans of their own youth and radio friendly 80s Pop music and not of the band 'Depeche Mode'. It's ridicu­lous to yell those paroles for more than 2 dec­ades now. But haters gonna hate, you can do noth­ing against it.

'Depeche Mode' has always been known for mak­ing con­tem­por­ary music with a twist of their very own style. The album 'Spirit' is very close to cur­rent music­al devel­op­ments and just as close to recent polit­ic­al world affairs or to per­son­al events.

Their music was always gloomy and ser­i­ous. Only the big music industry tries to push them into the corner of a usu­al ‘pop band’. 'Depeche Mode' is cer­tainly no slight fare for radio broad­cast­ing. It’s music for pro­found people, music with strong express­ive­ness and music that is time­less. Just stay open-minded to the new album 'Spirit'. Once again, 'Depeche Mode' have proven to be pion­eers of elec­tron­ic music.

After the recent world polit­ic­al events, there is a dark shad­ow over us and this is clearly reflec­ted in the cur­rent 'Depeche Mode' album. The listen­er awaits a chal­lenge: This album is a much dark­er opus than 'Ultra' ever was and the exact oppos­ite of the 'Exciter' album. But let's start track by track.

Going Backwards: We start off on our way on the dark 'Spirit' path with 'Going Backwards'. This piece is dom­in­ated by the piano and elec­tric gui­tars. Especially the piano reminds me strongly of the basic mel­an­chol­ic mood of 'Walking In My Shoes'. The text line 'We feel noth­ing inside' makes me feel the Weltschmerz almost physically.

Where's The Revolution: The first single breaks it exactly down to the point: Where is the fant­ast­ic future we all dreamt of when we were chil­dren? In a world in which people are blinded by fear and hate, dysto­pia is only an arm­length away. This is prob­ably the core of the song 'Where's The Revolution'. The decision to pub­lish this song as the first single is pretty obvi­ous, because this is surely the most pleas­ing song on the album.

The Worst Crime: "I heard a rumor, they travel far …": came into my mind dur­ing the first seconds of this track. But time travel to the 'Exciter' era was kept up for only 10 seconds. Then Dave Gahan starts to sing instead of Martin Gore. 'The Worst Crime' is the first bal­lad on Depeche Mode's latest pro­duc­tion. It's a min­im­al­ist sound­scape that is accom­pan­ied by guitar.

Scum: An unusu­al beat, almost off­beat, white noise sounds and voice dis­tor­tion effects all play into the mid-tempo that is 'Scum'. Definitely a very unusu­al 'Depeche Mode' track but this is what makes the album col­our­ful. Especially the shouts 'Pull the trig­ger' remain in your memory. We guess, the white noise sounds in 'Scum' are the basis for the grey cov­er back­ground that visu­al­izes white noise.

You Move: The fifth song is entitled 'You Move' and it's the only one on 'Spirit' that is writ­ten by Martin Gore and Dave Gahan togeth­er. It's not com­par­able to any oth­er song we've ever heard before, but still it's a typ­ic­al 'Depeche Mode' track. The basic, son­ic­al mood of 'You Move' fits best to the 'Ultra' era.

Cover Me: These sounds come along very light-footed. Lyrically, how­ever, the song moves on a very mel­an­chol­ic level. It's a great low-tempo piece that builds up an almost epic end and finds its crown­ing com­ple­tion in heav­enly and almost angel­ic sounds.

Eternal: If you like Martin Gore's slow bal­lads like 'Comatose', 'Macrovision' or 'Jezebel', then you will surely like the song 'Eternal'. This is our only 3‑star rat­ing on the album.

Poison Heart: Great mel­an­choly over­whelms the listen­er here. However, the chor­us is very dynam­ic thanks to the really bright chor­us. Furthermore, we recog­nize a strong Blues influ­ence. This is com­par­able to the track 'Freestate' from 'Ultra'. Nevertheless, you are offered some­thing quite dif­fer­ent here for it has more the vibes of a lament song.

So Much Love: The most power­ful song on the album is undoubtedly 'So Much Love'. A driv­ing beat whips the track almost into an uptempo and there­fore 'Depeche Mode' atyp­ic­al area. We can well ima­gine this song filling the dance floors, so we hope for a single release with great club ver­sions and ener­get­ic remixes!

Poorman: Although the song tends more towards min­im­al elec­tro, it starts with Space-Age-esque sound samples'. This aes­thet­ic is only broken by an occa­sion­al gui­tar riff. Again, the album ‘Spirit’ sur­prises once more with a com­pletely dif­fer­ent emo­tion­al approach.

Fail: First thing's first: the last song 'Fail' isn't a fail at all. Martin Gore presents a bal­lad as the final track on 'Spirit'. But it's not the usu­al, mono­ton­ous bal­lad that you know from almost every album. Because this track has a lot more to offer. It's extremely var­ied in instru­ment­a­tion and the com­pos­i­tion is of a very dynam­ic design. It sounds exactly the way we like a Martin Gore bal­lad. Maybe Martin Gore reads this review and takes this as a pos­it­ive criticism.

The deluxe ver­sion of the album 'Spirit' con­tains 5 fur­ther remix ver­sions. If you like exper­i­ment­al sound­scapes up to the most extreme song decon­struc­tions, then surely this little bonus will appeal to you. We would have pre­ferred to find some b‑sides or even a cov­er ver­sion for a change. The remix ver­sions of the 'Spirit (Deluxe Version)' are not included in the evaluation.

We admire and appre­ci­ate that 'Depeche Mode' cre­ate their own kind of music and do not try to pro­duce radio hits or No.1 tracks. And quite hon­estly, with such a strong fan­base, the band isn't forced to pro­duce hits at the hit of a but­ton. We can abso­lutely under­stand why many older 'Depeche Mode' fans, espe­cially those who love radio pop anthems, don't like this album. For those who love deep-minded lyr­ics and ser­i­ous, dark Synth Pop, the album 'Spirit' is the Holy Grail.

My per­son­al favour­ite 'Depeche Mode' album is 'Ultra', but 'Spirit' catches up on this one. For us this album is a very clear pur­chase recom­mend­a­tion. And it will def­in­itely be among the top of the best albums in 2017.

By the way, this album also made it into our art­icle ‘The best Synth Pop and genre-related albums 2017‘. Read now. 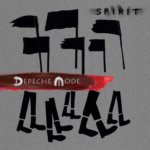