Welcome back to the world of Faderhead! 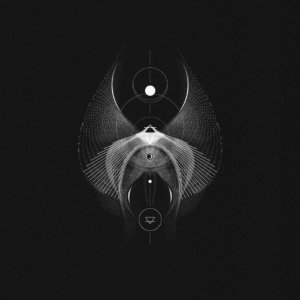 As the nights grow colder and the days shorter, Faderhead invites us once more to the dance floor and warms our hearts and bodies with his new album ‘Asteria‘. What can we expect two years after the release of ‘Night Physics‘? Actually, a little bit of everything. From the typical Faderhead club beats along with slower, heavier themes to melodic voice elements and ballad-like tracks: everyone gets his share.

On ‘Asteria’, Faderhead once again excels at combining harsh club beats and melodic electronic ballads. As on the previous albums, Sami’s voice doesn’t seem to know any boundaries: Soothing and melodic in ‘Dancing All Alone’, screaming along to the in-your-face beats of ‘Slowly We Inch’ or taking on a dirty rough touch in ‘Acid Witch’.

‘How do you overcome the suffering of life?’

The album starts off with a blast and I’m not only referring to the music but also the lyrics introducing some of the main themes of the album. ‘From His Broken Bones‘ reminds us that we should turn away from a technocratic, ‘exogenic’ way of life in order to recollect ourselves and begin to dream again.

‘The Other Side Of Doom’ takes up the same theme from the first song and paints the picture of a hollow world with no soul. The quite minimalistic electronic elements abruptly slow you down, building up to a powerful chorus, where we are being screamed at by Sami’s rough and distorted voice, which is a nice contrast to the melodic vocals in the verses.

Listening to the lyrics of ‘Watching The Watchers’, I was quite surprised about the clear reference to current developments in surveillance policy, where information technology is used to scan our every move online and offline under dubious pretenses. The melodic vocals responding to the repeated voice recording sound almost sad and desperate, underlining the lyrics hinting at death as the sole solution to evade Big Brother watching our every step.

After the dreamy electronic elements from ‘Watching The Watchers’, ‘With A Borrowed Knife’ takes on an even slower and heavier rhythm. The minimalistic synthesizer elements along with a monotonous pounding sound fit perfectly with the gloomy scenery depicted in the lyrics.

Watching back from the other side

Unlike the previous songs, ‘Acid Witch’ does not offer a lot of lyrics, but the EBM beats make up for it and awake us from the dark and gloomy thoughts the previous songs left us with. Sami’s rough voice echoing along to the beats is almost like a continuing invitation to dance away all dark thoughts.

Interestingly, ‘Slowly We Inch’ is a clear sequel to ‘Watching The Watchers’ taking up the same lines, only now with a lot more rage:

Once again, the verses are sung with a more melodic voice, whereas Sami switches to a rougher and harder tone in the chorus. It’s almost as if he’s screaming away all despair and frustration. The last part of the song takes on a heavier and slower pace, as if to underline that we are slowly moving toward the abyss.

The dark and somber scenery is further continued in the club song ‘Murder’, which seems to introduce us to the transcendental experience of death. Sami’s dark voice softly singing ‘Murder’ along to the darkwave elements is almost soothing in spite of the seriousness of the topic.

‘Asteria’ begins on a slow pace, but quickly regains in speed, varying softer elements in the verses and more powerful beats in the chorus. As the last seconds of the song slowly fade away, you can hear a certain sadness in the vocals as if, suddenly, death almost sounded promising.

‘Mistakes And Pain’ is delivered in a very slow and pondering rhythm and feels like a pause. Although this is the song I liked the least on this album, I still find it interesting how the voice is being muffled as if Sami was singing underwater.

Dancer in the dark

Luckily, ‘Neophobiac’ marks a clear cut to the previous song and gets you back on your feet. Sami is just spitting out the very short lines along to the elaborate club beats. This track actually reminds me of Faderhead’s earlier works and in my opinion this is what he does best.

If you still haven’t moved until now, now is the perfect time to do so! ‘Halo’ takes on the same theme from ‘Neophobiac’ and you can’t help but move your body to the harsh stomp beats and trance elements.

With ‘The Bottom’, it’s time to take a break again and ‘bring the shadow back inside’. This track reminds me of the other slower tracks on this album with its very slow pace and heavy basses. It’s almost as if this song prepares us for the end to come.

‘Dancing All Alone’ is a nice and smooth closing to this album. Although the song is delivered on a faster pace, the trance-like elements create a dreamy atmosphere, as if we were watching a woman dancing in the dark, all alone, far from the dancing crowd.

‘Asteria’ takes us right back into the world of Faderhead and does not leave any expectations unfulfilled. Those who support Faderhead on Patreon know that Sami put a lot of thought and energy in this album and it was definitely worth it.  Although the new album does not hold any surprises and some of the slower tracks are not really my cup of tea, ‘Asteria’ is a must have for long-time fans and newcomers to Faderhead’s style.

In addition to the album itself, the beautiful album artwork needs to be acknowledged. The symbols of the moon and the triangle seem to be hinting at the album covers from ‘Night Physics‘ and ‘Fh-X‘. The well-balanced mix of up-tempo and slower tracks does indeed form a perfect sequel to the previous albums.

Let’s hope no one will be ‘dancing alone’ because this is an album made for dark clubs and, hopefully, bursting concert halls! 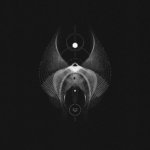 Faderhead – Asteria
From His Broken Bones
The Other Side Of Doom
Watching The Watchers
With A Borrowed Knife
The Acid Witch
Slowly We Inch
Murder
Asteria
Mistakes & Pain
Neophobiac
Halo
The Bottom
Dancing All Alone
Recommend
The Acid Witch
Slowly We Inch
Asteria
Neophobiac
Dancing All Alone
Weak
(Nothing to report here)
4.2
Hits you like an asteroid