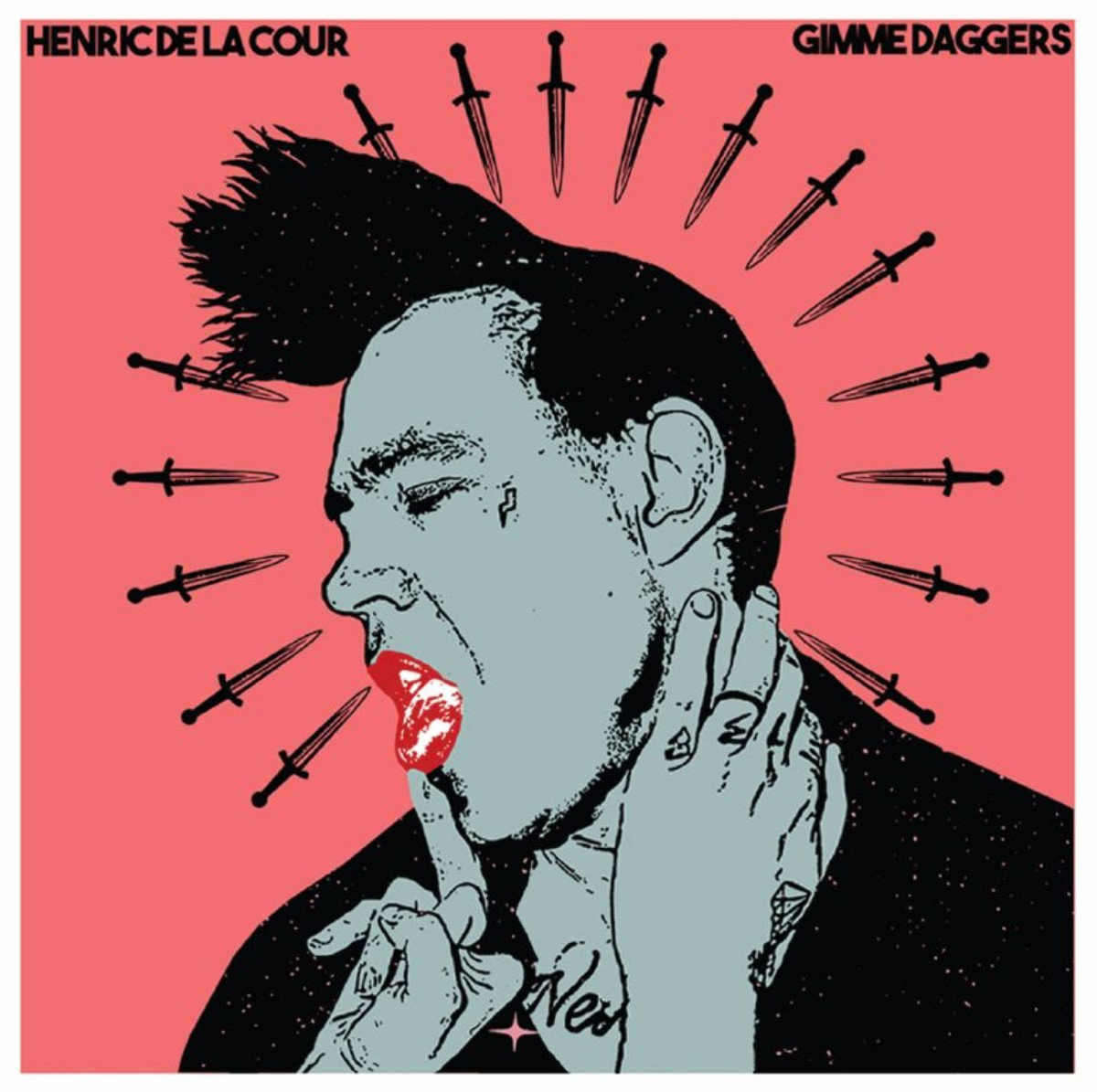 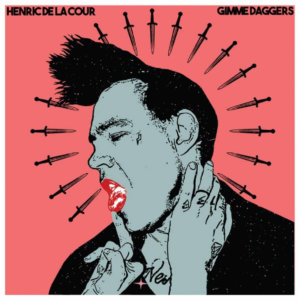 The long anticipated album from ‘Henric De La Cour’ has arrived and it’s a masterpiece. The former member of Yvonne and Strup Music has pushed his solo career to new heights with ‘Gimme Daggers’.

It’s dark with strong influences from 80s era new wave. I fell in love with this album immediately. It’s fresh and new but is also somehow nostalgic and familiar.

The album opens with ‘Slow Death’ Intro. It is a mostly instrumental, quasi orchestral track setting the atmosphere for the rest of the album.

The song sets a crawling, anticipatory pace that slowly transitions seamlessly into ‘Kowalski Was Here’. This track has a walking background beat with hand clap sounds throughout the song layered under vocals from de la Cour and upbeat synthesizers. There is a feeling of emptiness and hopelessness in the tone, like you’ve come to the end of a long journey.

Next up, ‘Two Against One’ is what would happen if the ‘Sisters of Mercy’ and ‘The Smiths’ made a song together in the current era. The guitar is chunky and Electrorock while the lyrics and vocals are morose and brooding.

‘Body Politic’ is probably my favorite on the record. The orchestral music is beautifully arranged. The vocals and lyrics are mournful and shine over the music like a light in the darkness. It’s an emotional song that grows on you.

I’ve been through worse my love, I fight it off, I fight it back, there will be nothing left to rest upon
Lyrics from ‘Body Politic’ by Henric De La Cour

‘Driver’ is up tempo and exciting. It starts off slowly and builds and finally breaks through to the chorus that swells and crescendos suddenly to, just as quickly drop off to minimalistic electronics. Then the buildup begins again. It gives the song a really dynamic feeling and charges it with emotion. The music is similar to early She Wants Revenge.

A Mix of Old and New

‘Hank Sometimes’ has swirling wind and siren like tones in it with a fast beat underneath, giving the song a sense of urgency. The chorus is reminiscent of the Eurythmics‘ ‘Sweet Dreams’, and is one of the more industrial/ ambient songs on the record.

The vocals in ‘Mr. D’ are layered making them feel full and rich. Like ‘Hank Sometimes’, ‘Mr. D’ also has a sense of urgency that derives from the back beat. The overall tone however is mysterious. The synthesizer comes in waves, evoking images of docks covered in early morning fog.

I feel I’m getting closer, I am burning with blinding pain
Lyrics from ‘New Building’ by Henric De La Cour

‘New Building’ has a modern feel and it builds slowly. It’s a more relaxed song, slow and groovy. It reminds me of a mix between She Wants Revenge’s not ‘Just A Girl’ from their ‘Valleyheart’ album and songs from The Killers’ Sam’s Town.

Please is a beautiful duet. It starts off with female vocals by Camilla Karlsson and Henric De La Cour comes in and harmonizes. ‘Teeth’, Please is another mournful, emotional track. It sounds so sad, and has hand clap sounds throughout and ends with Electrorock guitar riffs.

‘Worthless Web’ is aptly titled. It’s a dark song both musically and lyrically. It leaves you with a hollow, longing, and bleak feelings. The lyrics evoke feelings of heartbreak. It’s the epitome of a gothic romantic song.

I will give you shelter from the rain and I will keep you away from the sun too, all things remain the same endless and grey and forever insane, worthless and pointless to do
Lyrics from ‘Worthless Web’ by Henric De La Cour

‘Arkham Supermarket’ sounds like it could track a videogame. It’s the fastest song on the album, with big powerful drum beats. The vocals on the song sound similar to David Bowie‘s ‘Blackstar’, just with more electronic distortion.

The album ends with ‘Fury’. It’s stripped down and minimalistic and a perfect note to end on. The synthesizers whirl behind more emotional vocals.

‘Gimme Daggers’ starts off with a very 80s sound and transitions the modern era as it progresses. It’s a great mix of nostalgia and fresh sound. Henric De La Cour’s vocals are powerful. I can’t stop listening to the album. ‘Gimme Daggers’ has earned a spot amongst my favorites and will be an album I will return to again and again all my life. 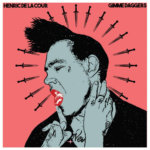