In Strict Confidence – The Hardest Heart 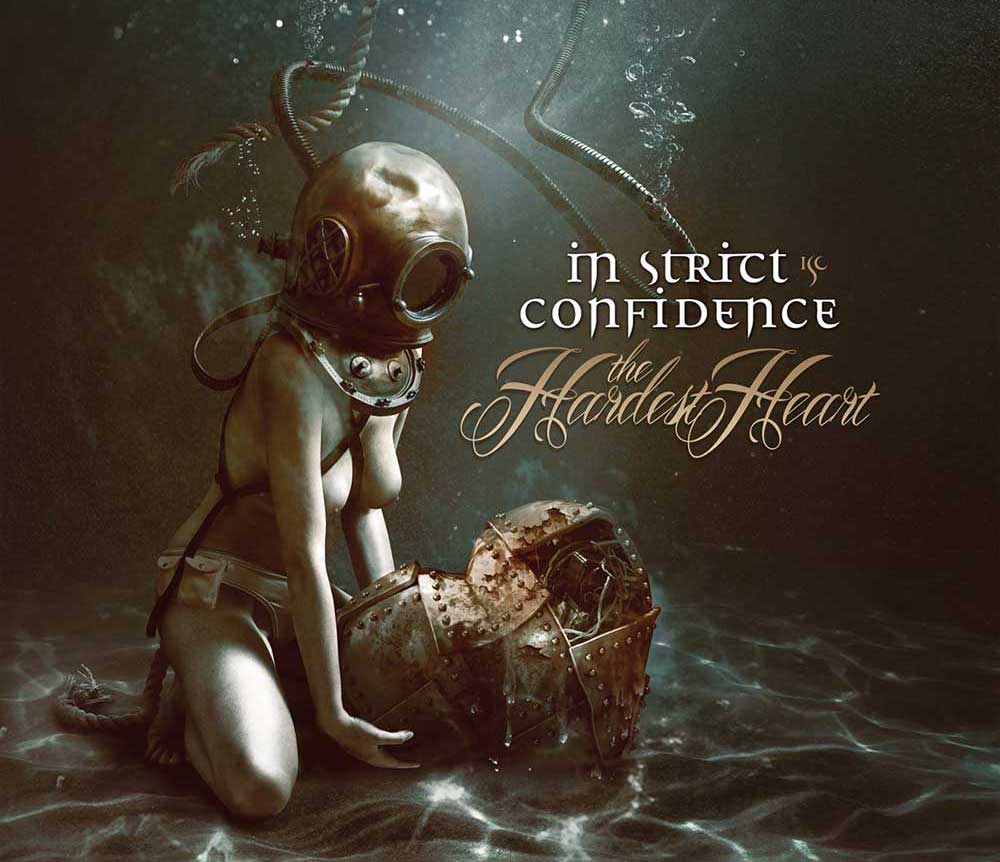 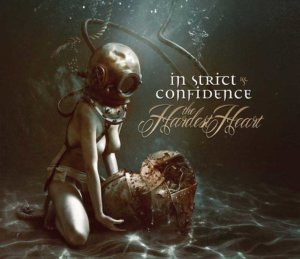 Catchy, conventional but still not conformed

I already have listened to some ‘In Strict Confidence‘ albums before. but I never had such easy access to their music before. Maybe this is the most catchy and conventional ISC album ever.

But nevertheless, ‘The Hardest Heart’ is a gloomy Darkwave album. So no worry, you don’t have to expect the typical radio easy-listening factor. Enough of foreplay, let’s find out what you can expect.

The opener is unfortunately not a parade example of how to open such a great album. This is only one of the few criticisms I have. The song ‘Frozen Kisses’ is really fantastic, but as an entry into the album is not meaningful enough. The song sounds a bit too monotonous and does not reflect the album in its entire splendor.

Instead, the second song ‘Everything Must Change‘ is a real highlight on the album. This track is very electronically based on EBM beats. In addition, this is one of the biggest potential club hits on the album, so I put this gigantic song in my new Mix ‘Pitch Black Discoteque‘.

Also very strong, but essentially quieter, ‘Somebody Else’s Dream‘ flatters us. The electronic part is very subtle in this song and sounds familiar with a typical classic Darkwave song, which has always been in the heart forever.

It’s always nice to be reminded of something familiar

The slanting violins and electric guitars in the intro of the fabulous ‘Destroy Something Beautiful’ reminds me in some ways of Marilyn Manson‘s long-player ‘The Golden Age Of Grotesque‘. The use of the deep and scratchy voice reinforces this impression. I simply love this song!

The first German track ‘Herz’ (Heart) also reminds me of an album, which I love very much. It catches beautifully the overall mood of the L’Âme Immortelle’s album ‘Auf deinen Schwingen‘. A really beautiful and profound song that deeply touches me.

An almost epic anthem is ‘Land Of God’, which is characterized above all by its acoustic dynamics. The entrance in the chorus sounds sublime and simply fantastic.

Strong electronic sounds return with the track ‘Doublefaced’. In addition, the song is particularly impressive by the voice of Nina de Lianin. This extends the album to another great vocal and variety.

Consistent level until the end

The second German song ‘Letzter Wille’ (Last Will) is really a very sad ballad, with which I myself had to leave a few tears. Perhaps I rate this track a little better than I would usually do with a piano ballad, but since the song doesn’t leave me cold for personal reasons I like to give 4 stars.

‘Ask Your Soul’ includes the most typical Synth Pop song structures. Due to the gloomy voice of Dennis Ostermann, the song gets a quite distinct note.

The last song “Coming Closer” has almost the same Synth Pop coating with a slight 90s touch. And again it’s the extraordinary voice of Nina de Lianin that puts the finishing touches on the album..

A bright result for a dark album

I think that it is almost unnecessary to say that the album convinced me completely. I guess I will listen to this album often in the future. You should also do so if you are a fan of Darkwave masterpieces, because ‘The Hardest Heart’ is one of these.