Home
Music
Review
Kanga – You And I Will Never Die

Kanga – You And I Will Never Die 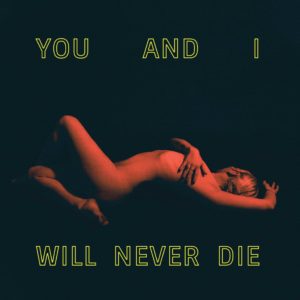 I have to admit that 'Kanga' was not on my radar for a long time. Last sum­mer, I got the promo of the EP 'Eternal Daughter'. After listen­ing to it for the first time, I really liked it. However, I soon found out that the EP had already been on the mar­ket for almost a year. Who cares about yesterday's news? Since we always need promos at least 4 weeks before release, there was no art­icle here. Fortunately, the album 'You And I Will Never Die' has been here for a while and I had enough time to listen to it. A little spoil­er in advance! Kanga picks up seam­lessly where 'Ladytron' left off with 'Velocifero'. That should ensure enough atten­tion. And now it's time for the review of the songs from the album 'You And I Will Never Die'.

After a rather long, unin­ter­est­ing intro (Preface) fol­lows the open­er 'Home'. It bursts upon us with loud thun­der and an almost Electro Punk-like basic beat. 'The Prodigy' sends its regards. I imme­di­ately start nod­ding my head along with the beat. The sound is filthy and diver­si­fied. The soft vocals and the har­mon­ic melody give the song an excit­ing con­trast in the chor­us. In the bridge, the driv­ing beat really kicks in again and you get the feel­ing that the song is pick­ing up speed. Until the end, new sound ele­ments are added again and again and this keeps the ten­sion up until the end. A really strong performance!

Mea culpa. The first single and music video 'Godless' unfor­tu­nately com­pletely passed me by. And this Single is a real Electro Pop gren­ade. Full of energy and super cool elec­tro sounds. As an athe­ist, this song appeals to me espe­cially on a lyr­ic­al level. Religion is always a very brave top­ic for a song. Here you split camps and there is no object­ive opin­ion. But Kanga has described the basic con­sensus extremely well. Everyone should believe what they want to believe. It is gen­er­ally wrong to force one's faith on oth­er people. That puts me on the same wavelength as Kanga.

You can pray to your God,
But that don't work on me
Lyrics from ‘Godless’ by Kanga

The track 'Touch' starts with a power­ful, simplist­ic sequen­cer loop. When the beat and the first vocals come in, you imme­di­ately think of 'Ladytron'. The play­ful, pop-like, light-sound­ing melody is the ideal coun­ter­weight to the gloomy, impuls­ive loop. The song 'Touch' is one of my favour­ite songs on this album. It builds up a lot of vibrant energy and invites you to dance dream­ily. The subtly imple­men­ted break also builds in a lot of dynam­ics. A fant­ast­ic song!

Another black pearl and comparisons

My second favour­ite song on the album 'You And I Will Never Die' is the track 'Brother' which fol­lows imme­di­ately after. Here I am strongly reminded of the sounds and vocals of 'Amelia Arsenic'. Dark Electro Gothic prob­ably describes the sound best. Cool elec­tron­ics and thrill­ing sounds build up to a threat­en­ing and pitch black cloud of sound. Simply an ingeni­ous mixture!

The song 'Moscow' is the shal­low Synth Pop hit that every dark Synth Pop album needs. And the song is not exactly a joy­ful out­cry, but a bright light to the oth­er­wise bleak side of the album. The chor­us is super catchy and imme­di­ately drew me in. I can under­stand the choice of releas­ing the song as the second Single for mar­ket­ing reas­ons, but I would have rather chosen 'Touch' or 'Brother'.

Arriving at track sev­en, you get the feel­ing of relax­a­tion and think: "Ah, finally a quiet bal­lad". But you think wrong, because the track gradu­ally builds up more and more and the song 'Violence' turns out to be a sol­id mid-tempo Synth Pop song. The man­tra-like bridge accom­pan­ies a bit of the vocal 'Siouxsie And The Banshees' mad­ness. Yes I must admit, this mix­ture sounds really wild, but it all fits togeth­er won­der­fully harmoniously.

The usual groove kicks in

'Ritual City' is anoth­er sol­id Synth Pop song with a crisp beat and a catchy melody. The song con­tains less sur­prises than the pre­vi­ous songs, but is a first class track that keeps you mov­ing. I would also clas­si­fy this track more in the dir­ec­tion of Dark Pop, whereby the genre bound­ar­ies are always in motion here.

The first sounds of 'Say Goodbye' give off an 80s nos­tal­gia feel­ing, but the bass­line sounds beau­ti­fully rich and up-to-date. When the gui­tars start at 0:32 minutes, I sud­denly have 'The Cure' in my head as a ref­er­ence. The chor­us, how­ever, couldn't be closer to the 80s New Romantic move­ment. Or at least the early 80s Electro Pop sound. Both are a good com­par­is­on if you can relate to this music. Either way, we get anoth­er great mix here, which once again adds vari­ety to 'You And I Will Never Die'.

Of course, 'Waiting' begins with a tick­ing sound remin­is­cent of a grand­fath­er clock. Perhaps this is some­thing I should add to the newly intro­duced cliché list? Overall, the song is a won­der­ful, quieter song that should slowly bring the album to a close before the final track 'Untie'. In-between sequen­cer loops make the sound excit­ing and thrill­ing. In the bridge, a lot of elec­tron­ic energy builds up in the oth­er­wise very flat sound of the song.

This album will never die

I'm really sur­prised by this awe­some record. I didn't really expect any­thing and have found a beau­ti­ful black son­ic­al pearl. So, if you're into dark Synth Pop music with female vocals and like 'Ladytron', then 'You And I Will Never Die' by 'Kanga' is a must-have album.

Track by track rating for: Kanga – You And I Will Never Die 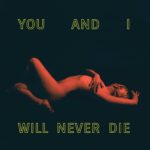 Typical album cliché list for: Kanga – You And I Will Never Die