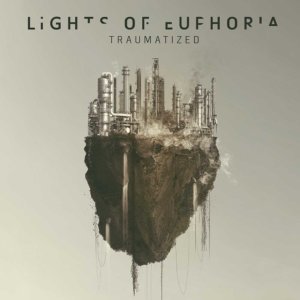 The long player ‘Traumatized’ was already released in March this year. I just got a promo copy now. But even if the album is not as up to date, I would like to share this great work of ‘Lights Of Euphoria’.

The album has also used in the development phase a little longer. Some tracks should the fans of ‘Light Of Euphoria’ already be known for many years. For example, the song ‘Schwarze Sonne’ (original from 2012), as well as the Depeche Mode cover version ‘Stripped’ featuring Soman (original from 2013) including on the album.

All good things are worth waiting for

The first single ‘Hallo Hallo‘ is as an opener in my opinion unfavorable. The album is fully loaded of continuously awesome songs. Personally I thing the song ‘Question’ is one of the strongest songs. This is a mid-tempo song with a big bass beat and a high dynamic song structure. I definitely would like to dance to this beat and I strongly recommend you to listen to this song.

Further the song ‘Book Of Lies’ super catchy. The lightweight melody is an awesome part in contrast of the heavy mechanical surrounding sound. The song ‘Under My Spell’ has a cool Futurepop atmosphere with an 80s vibe in the chorus. Also heavily Futurepop influenced are subsequent songs ‘Emptyness’ and ‘True Life Resurrection’.

On the whole, the album is very complex and enormously varied. The voice is bleak and integrates seamlessly as a separate instrument in the overall composition. The lyrics are clearly articulated and very pleasant to hear. If you are a fan of a more Rock/Industrial based Synth Pop music, then you’ll be really happy with ‘Traumatized’. 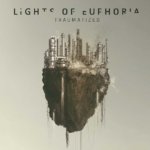