The past cannot be obscured 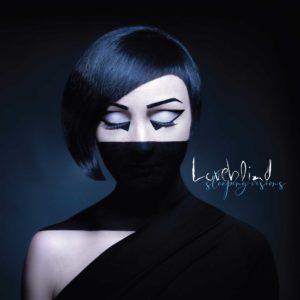 With the debut album ‘Sleeping Visions’ singer Dorian Electrique and her new band ‘Loveblind’ tread new, but also old and familiar paths. The musical path has already been paved in their earlier band projects like ‘Seasurfer’ or ‘Dear Strange’.

On ‘Sleeping Visions’ 10 songs await us, whose 3 single releases so far promise us a fantastic record. From cool electronic Dark Wave tracks to guitar based Alternative, almost Goth Rock, some surprises awaited us on the album.

Strongest song first is the maxim

The first single and the opener ‘War Planets‘ is a real blast and catchy tune. Soundwise ‘Loveblind’ ties in almost seamlessly with ‘Lonely Heroes‘. Maybe the new band doesn’t like the comparison, but I was immediately reminded of ‘Dear Strange’. This may also be due to the fact that the fantastic vocals of Dorian E. sound unique and with a high recognition value. This means that all those who liked the album of ‘Dear Strange’ will get an easy start here.

My world. stop breathing. my sun. so gone. well drowned.
Lyrics from ‘War Planets’ by Loveblind

The title-giving second song ‘Sleeping Visions‘ performs beautifully with different vocals that give you goose bumps. Calmly and slowly the tonal mood moves between sadness, fear and hope. Angelic strings underlay the almost ballad-like composition with a fine carpet of sound.

We skip ‘Daydream’ and come to another single release called ‘Goodbyes Without Goodbye‘. The track really picks up the speed of the album. The sound is rather electronic, but due to the guitars it feels very analog and warm. The guitars remind me strongly of some old ‘The Cure’ classics. So an excellent musical combination.

The title ‘Ice Song’ immediately makes you feel uneasy and you feel the unpleasant vastness of the void. With a singing that sounds like an accusation you feel guilty yourself. This is underlined by a relatively calm but also subtly demanding beat. A gorgeous song that definitely gets under your skin.

To ‘White Piano Black Dress’ I actually didn’t want to write anything at first, because the song is not electronic enough for me. However, I would like to take the chance to mention that the song wonderfully captures the spirit of the mid to late 90s alternative scene and transported it fantastically in 2020.

There are a lot of songs that I like from the ‘Smashing Pumpkins‘. But the song ‘Saturnine’ is not one of them. The original is too monotonous for me and just sounds bored. The reinterpretation of ‘Loveblind’ is definitely enhanced and sounds more varied to me. Of course the song is not a party hit and in my opinion not suitable for radio. Nevertheless, ‘Loveblind’ have created a worthy cover version here, which fits perfectly into the concept of the album like an own song.

Good, but not what I expected

After my first single releases I was on fire at first. Unfortunately my hopes for the album ‘Sleeping Visions’ were not completely fulfilled. There are too many generic alternative tracks without clearly audible electronics on it. The album also gets weaker and weaker towards the end, which shows me that the band knows their strong songs very well.

Don’t get me wrong, this is not a bad album. If you are into guitar based Dark Wave and love bands like ‘The Cure’ and ‘Smashing Pumpkins’, you might find a gem here. If you’re more into electronic music, you’ll surely be a bit disappointed. 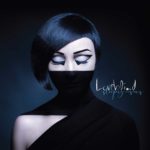