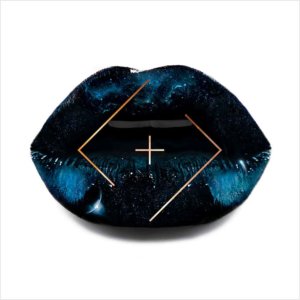 The self-titled debut album of ‘Lucky+Love’ contains only 8 songs. Too much for an EP, but can it be called it a full-length album? In general, I’d rather listen to a good, short album than an unnecessarily bloated album with interludes and instrumentals.

After the first listening, I can tell that you can expect fresh Electropop in the style of ‘Marsheaux‘ or ‘Ladytron‘. But does the debut album have the same high quality and individuality like the great role models?

The first seconds of the opener ‘Sexy’ reminds me on the famous 80s track ‘She Drives Me Crazy’ performed by ‘Fine Young Cannibals‘. In the first moment, you might think you hear a cover version of the song. But this idea disappears when the vocals start.

The song is a good, but a mediocre Electropop track. In my opinion not really the best choice for an opener. Beside the bridge the whole track is a bit too monotonous to me. There are other tracks on the album that would do the job of the opener in a better way.

The second track is more my cup of tea. ‘Venus’ is a classic sounding Electropop track with an early 2000s vibe. Arise from the glorious era of the feminine Electropop movement. Here the musical roots are particularly good to hear. Especially worth mentioning is the very well articulated and transformable voice of April Love.

‘Mars’ convinces from the beginning through the combination of the chattering noise with the minimalistic beat. And here, too, April Love shows how varied her vocals are. This ranges from angelic to authoritarian.

With the track ‘You’ll Never Know’, the duo offers us another minimalistic sound construct. True to their style follows it through many varied samples, sounds and instruments the ‘Lucky+Love’ sound. Acoustically, the song makes the thoughts start to dream, and yes, it already has something meditative.

Digging in the past

The first single ‘Digging In The Earth‘ from the debut of ‘Lucky+Love’ is definitely one of the most catchy songs and an excellent choice to release this first. Especially the instrumentation I find very interesting. The flutes / trumpet sounds remind me a bit of the very early and still very naive ‘Depeche Mode‘ songs, for example in ‘Love In Itself’. However, the basic beat, and the short, electronic guitar riffs is still very modern.

It’s unusual that the beginning of ‘Taureon’ is slowly faded in out of nothing. I can’t remember that I’ve ever heard something like this anywhere before. In general, my motto is “Who fades out is coward!”.

But in this great song it behaves completely different. Because in contrast to the beginning is the end is very skilled and placed to the point exactly. The song behaves correctly according to the natural laws, but the song structure seems to run in the opposite direction. A significant and creative approach.

Are we lucky and in love?

‘Lucky+Love’ can be mighty proud of their debut. Of course, here and there are a few minor weaknesses. It’s missing the whole thing a little more variety, density and modularity. But the general way that the duo has taken might be very interesting for fans of already mentioned bands such as ‘Marsheaux’ and ‘Ladytron’, as well as ‘Marnie’ or ‘Chromatics’.

Listen worth here in any case! If a minimalistic Electropop with female vocals, which is more in the low-tempo range, affects your musical taste, then access the debut of ‘Lucky+Love’. 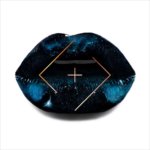