When grief and anger become music 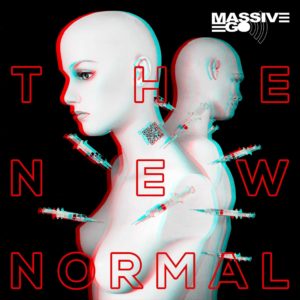 Reviewing the EP ‘The New Normal’ started as a quick little Radar. It’s only 5 tracks and for that we usually don’t write a full review. However, I was so excited about the EP and had written so much that I decided to make a complete review out of it. After this introduction you can surely already imagine that this is a special release. Or let’s better say an absolutely gorgeous release!

You Will Comply: The first single and at the same time the opener of the new EP ‘The New Normal’ is a rough synth pop song with industrial affinities. With a political topic like this, this is essential and gives the song You Will Comply the necessary seriousness. The beat is super crisp and you immediately want to stomp on the dance floor and get rid of all the pent-up frustration and energy. The bridge is super melancholic and somehow brings a tear to my eye every time. To me, the bridge sounds like a musical fainting feeling. Strong feelings, strong song!

Fake Star: The bassline is super groovy and the first thing I love about the song. With a lot of dynamics in the loudnesses and tempos, the song builds up tension. The chorus sounds like a nostalgic 80s new wave classic. BTW: I find the return to pure electronics very welcome. Watch the official music video (with lyrics) ‘Fake Star‘ now.

Dead Eyes Black: The song ‘Dead Eyes Black‘ is the absolute standout on the EP. The intro is strongly reminiscent of the Swedish band Priest. A collaboration would be a guaranteed hit (cough cough, hidden hint).

After the first few seconds it is immediately clear that the song was made with a certain seriousness. Marc’s voice is very clear here and sounds decisive. The synth melody in the verse promises a cold shiver down the spine. In the chorus, the tension is suddenly released and we get a catchy part that is easy to sing along with. But on the way to the second verse, there is again this mood drop that hits you in the stomach.

So mood-wise it goes up and down, but the song remains danceable throughout. This song is dedicated to the deceased dog ‘Squeaky’. Dear Marc and Oliver, we feel with you and mourn your loss.

The Vampires Wife: In contrast to the rest of the songs on the EP ‘The New Normal’, the song is altogether calmer. The mood is dark and the atmosphere is close to a goth horror movie. Sound-wise, I have to draw a comparison here somewhere between Blutengel and Priest. At least there are the same musical roots in the tonality and song structure.

I love the artwork concept

Not Without Consequence: The (unfortunately already) last song on the fantastic EP ‘The New Normal’ is a fast club hit, which again sounds typical like Massive Ego. With a hard driving beat and a super catchy chorus, I can already hear the fans singing and dancing along to this one at future concerts.

Do we accept the new normal?

An EP with this strong song quality in our niche is more than unusual and sounds more like a ‘best of’. I’m already looking forward to the upcoming album by ‘Massive Ego’ and hope, without building up pressure now, that the band hasn’t set the bar too high for themselves here. I don’t know to what extent the two new (or returning) band members Lloyd Price and Porl Young are responsible for the compositions. But if so, this is a really strong combination of four creative minds from whom I would definitely like to hear more.

But until then, we can enjoy the EP ‘The New Normal’. And please, please buy the EP physically, on Bandcamp or wherever you get your music from. This is not an advertisement! I recommend this one out of 100% conviction. I already purchased the limited edition with t-shirt when it was announced and I’m already full of anticipation. Now buy this dark jewel too.

Watch the official teaser for ‘The New Normal’

Track by track rating for: Massive Ego – The New Normal 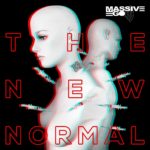 Massive Ego – The New Normal
You Will Comply
Fake Star
Dead Eyes Black
The Vampires Wife
Not Without Consequence
Recommend
(all)
Weak
(none)
4.6