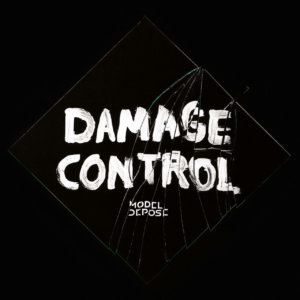 As dark as the cover artwork seems, as dark is the content of the new Model Depose album ‘Damage Control’. All in all very electronic and dirty with a pinch of electric guitars. If you like dirty, melancholic music at midtempo, you’ll definitely find what you’re looking for here.

Model Depose describes their album as follows: “Romanticism has grown into a grounded vision on the world. The sound of new wave has slowly evolved into its own style. Would you call it indie, rock or alternative pop? Model Depose has it all and is none of them. Their identity has matured and is audible in both the music and lyrics. Dark fiction has been traded with themes in which humanitarian issues are subtly raised. For example, the single Bombs are Falling is about post-traumatic stress; the dissonance in your perception becomes clear in Red Alert. One of the crown jewels on Damage Control is the love duet Cold War with the Groningen-based queen of darkness, FENN. The album is a full-fledged piece of music in which everything fits together like a puzzle, where grit and a soothing atmosphere always find balance through raw beats, dynamic vocals, and subdued synthesizer melodies.”.

The first song ‘Wights’ starts calmly and very unagitated. It builds up a creative and continuous tension. But this doesn’t lead to a redeeming chorus. But that’s not tragic, the track perfectly introduces you to the mood of the album. Also the ending is quite abrupt, accompanied by some quiet piano tones that suddenly go silent.

The title track ‘Damage Control’ starts somehow groovy and funky! In the chorus you can’t hear much of it anymore. What can be heard is a huge range of different influences and damn many different sound layers. The catch phrase: “As we watch you turn blood into wine” goes straight into your ears and gets stuck like a parasite. The almost 30 seconds long bridge, in a song of just 3:08 minutes, rocks the house like no other. What a fantastic track!

If a song on the album ‘Damage Control’ can have single qualities, then it is definitely ‘Red Alert’. Catchy like a radio track in continuous rotation, almost perfectly composed and despite all that a serious song that doesn’t chum up. I love this song very much and recommend you listening to it!

The song ‘Blackstar‘ tunes you up sadly and thoughtfully. The beat drags itself carrying and heavy forward and is accompanied by dark electronic synth noises, which sound like acoustic ghosts. Only a completely empathy-less being doesn’t get goosebumps here. I think ‘Blackstar’ is the song with the greatest lyrical depth on the album. The serious atmosphere of the song creates its own small microcosm on ‘Damage Control’. Black and beautiful, thank you Model Depose for this sung heartache.

I think it’s great that with the song ‘Cold War (Feat. FENN)‘, there’s a vocal change in the album. That’s exactly what makes the album even more interesting and multi-layered. This song has this fantastic mixture of electronics and rock like you can find on the ‘Ultra’ by Depeche Mode.

If you’re looking for something at a moderate up-tempo, ‘Drawing The Line’ is more your song to listen to. The intro reminds me suddenly of the high time of ‘Placebo’! Cool robotic voices in the chorus, catchy lyrics and a lot of dynamics have united the five Dutchmen here with a lot of talent.

After a rather noisy beginning, an unusually cool synth scale with extraterrestrial character follows in the song ‘#dancelikenooneiswatching’. In addition, funky electric guitar riffs and a fat bassline weave themselves into the song. The song would fit perfectly to the ‘Duran Duran (The Wedding Album)‘ of ‘Duran Duran’. Nevertheless, the song lives through its own character and is by no means a plagiarism.

‘Yesterday’s Gloom’ starts out like a classic ballad. Quiet, mellow and with a gut feeling of bittersweet disappointments. But then, after a pretty cool drop, an acoustic laser cannon shoots out of the loudspeakers and you are shocked and a bit perplexed. What just happened? ‘Model Depose’ delivers the full dynamic bandwidth to your ear here and fucks your brain on a musical level that only a few can match. Wow, I’m almost thrilled to be surprised by such a strong song towards the end of the album.

An album cover that looks like Anton Corbjin personally designed it could be interpreted as a visual clickbait. But in the case of ‘Damage Control’ it’s not like that, because you get a really fantastic, bleak album between Electrorock and Synthpop. ‘Model Depose’ have developed a lot in the last years and deliver an album at the highest level.

Note to all festival organizers: ‘Model Depose’ is a band that I definitely want to see at a big Goth festival next year! Message received? 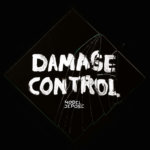