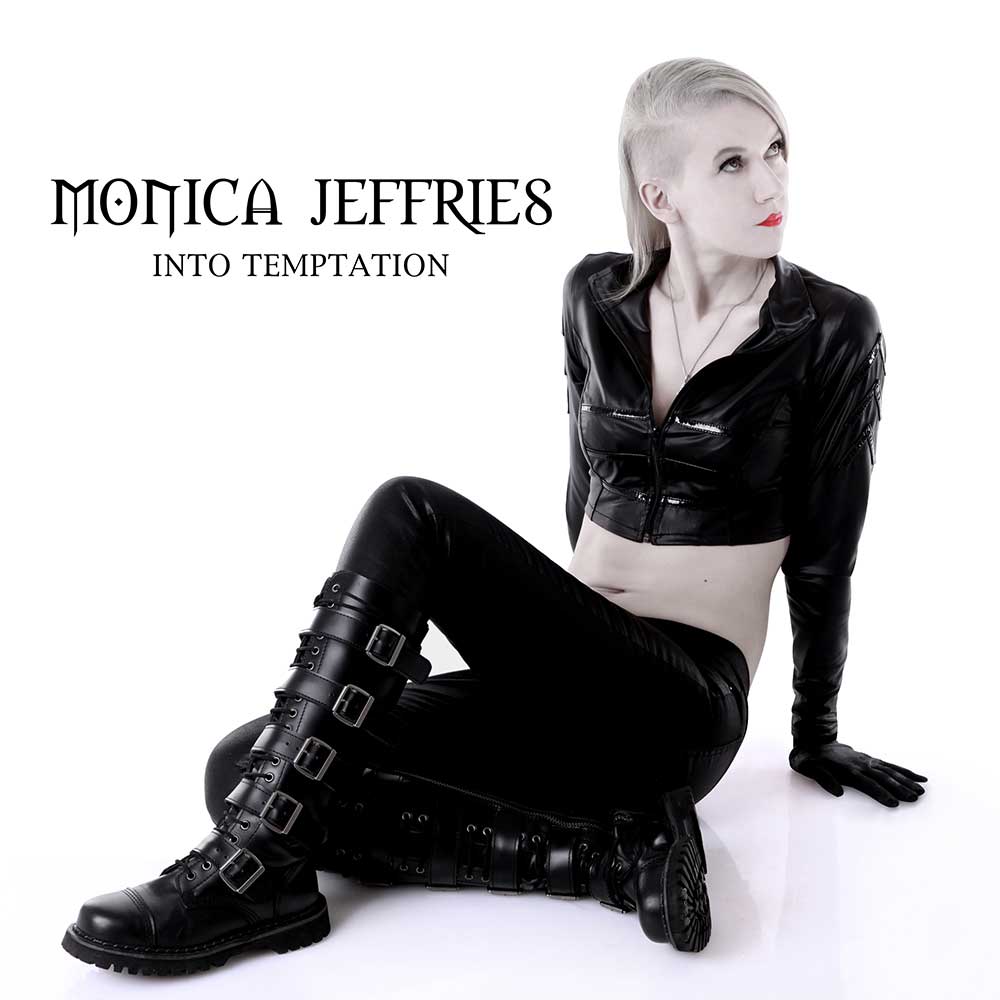 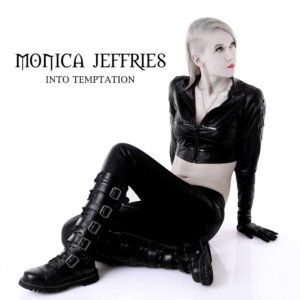 It’s unbelievable, but the album ‘Into Temptation’ is now already 1 year on the market. We are surprised that we didn’t hear anything of this excellent album at the release date. After a short search, we find only few other reviews for this album. And the ones we find are all done by a newer date.

Luckily we came across the music video ‘Window Of Hope‘ by chance. Furthermore we received the currently present album for review. And if you haven’t heard about ‘Monica Jeffries‘ or the album ‘Into Temptation’ yet, get ready for a musical surprise from Darkwave, Industrial, EBM and Synth Pop.

We jump right into the album with the second track called ‘No More’. Here ‘Monica Jeffries’ shows her talent to combine different music styles in one homogenic sound experience. The bpm speed and the melancholic voice is typical for a Darkwave song. The hard, crisp beat is obligatory for an EBM track. The catchy chorus is played with guitars and sounds with the playful lightness like a Synth Pop classic.

This basic frame goes through the entire album. However, attention is paid to the fact that the style-influencing instruments are often replaced in order to remain versatile.

‘New Moon Rising’ starts with a guitar sound like typical known from some ‘The Cure‘ songs, but when it comes to the beat we’re back somewhere in the EBM sector. The melody which is played by a deep, dark synth piano will find an echo of ‘Project Pitchfork‘ fans. But even when we are comparing song parts with other artists, it’s unique enough to be a ‘Monica Jeffries’ song.

A fantastic highlight on ‘Into Temptation’ is surly the number ‘Window Of Hope’. Mid-tempo, catchiness and here, the Industrial genre is clearly the godfather. A brilliant track you should definitely listen to.

The album gets more speed with the song ‘Nineteen Eighty-Four’. Here too, Industrial guitars are in the foreground in a dystopian setting.

Songs with a deep inpact

The track ‘The Road Ahead (Hybrid Version)’ is catchy as the already mentioned ‘Window Of Hope’. The Synth Pop genes are very strong in this song. After ‘Window Of Hope’ this is my second favourite track on ‘Into Temptation’. It has everything what a good Synth Pop song needs: Good dance beats, a catchy chorus and deep-minded lyrics.

On ‘Into Temptation’ we also have an awesome, profound ballad that is entitled ‘Drowning In Love’. This song really moved me very emotionally. It’s a dreamy love song with a bittersweet undertone. Especially I like the lyrical part: “I’m drowning in love, but please don’t you save me”, keeps echoing in my mind.

We also find a fabulous cover version of ‘Surrender No Resistance’ from the EBM band ‘Absolute Body Control‘ on the Monica Jeffries long-player. To be honest, I really never ever listened to any tracks of ‘Absolute Body Control’. I know that their are veterans of the EBM genre, but the hard music has never really appealed to me. After listening to this cover version I’m curious. Thank you ‘Monica Jeffries’ for this open-minded view.

What makes ‘Monica Jeffries’ special and unique? The songs are bleak dance tracks, the voice is perfect deep and melancholic for Darkwave, and the genre mixture is in search for a comparable competitive.

We love this album and hope that the career of ‘Monica Jeffries’ will find it’s way up to the top. Go and support the artist by buying the exclusive ‘Into Temptation (Artist-Edition)’ in a Digipak on their Bandcamp page now.

Electrozombies is the place for comprehensive playlists and reviews of important releases in underground electronic music.